In a new paper we explore who have been the winners and losers since 1990. And thus, what happened to global and national inequality since 1990.

We find that in the last 30 years falls in total global inequality are predominantly attributable to rising prosperity in China. We also identify a persistent global structure of two relatively homogeneous clusters (the poor/insecure and secure/prosperous). We detect the emergence of a ‘new global middle’ but question whether this implies the end of the historical two cluster world rather than merely a transition as some people move from the poor/insecure cluster into the secure/prosperous cluster.

Who benefited from twenty years of growth and globalisation? In our number crunching we find the following three things:

END_OF_DOCUMENT_TOKEN_TO_BE_REPLACED

The future of global poverty: What if there were multiple horizons for aid post-2015?

A Brookings paper out this week (here) does something a set of papers have sought to do recently – that is make projections about the future of global poverty.

These kind of papers have significant policy implications because it is only by understanding both the future scale and anticipated locations of poverty that properly informed debates can be had on the scale and objectives of future international aid. And of course the whole post-2015 debate is mushrooming (see the latest here).

In a new paper, we, meaning Peter Edward and myself, add to the debate by looking across a wide range of scenarios and methods to see the level of uncertainty and bias built in to these kind of forecasts.

We have three conclusions across a range of scenarios and approaches that somewhat tally with the Brookings paper but with some quite important differences.

First, ending extreme poverty is plausible but the level of uncertainty is enormous.

Across a wide range of scenarios, using different assumptions and methods, we find that it is plausible that $1.25 and $2 global poverty will reduce substantially by 2030. However this is by no means certain.

Different methods of calculating and forecasting poverty numbers give very different results as do an approach which takes account of changes in inequality.

Uncertainties over future, and even current, poverty levels are especially high for India and China (where half of the world’s poor people currently live).

While it is likely that poverty in those countries will reduce dramatically by 2030 it is difficult to have much certainty over just how large those reductions will be. Because of these uncertainties it is possible to conceive, under different growth scenarios and different assumptions about future inequality, that $2 poverty could be eradicated in India and China by 2030 or that it could be at or above current levels.

Second, don’t get too hung up on fragile states (at least not as the OECD defines them) because global poverty may well not be concentrated in such countries in the future – at least it is not a given.

Depending on what happens to inequality much of world poverty could still be in Middle Income Countries (MICs) but better still maybe it’s time to dump such aggregate classifications by income and fragility (both conflate so many different types of countries it raises questions about their usefulness).

If we take the groupings for a moment, currently most poverty is in middle income countries (MICs) and even when China and India are removed from the picture poverty is still more or less evenly divided between MICs and low income countries (LICs). Even with those two countries excluded the forecast poverty reductions in the remaining MICs are not so large, nor so certain, as to justify in themselves the view that poverty in the future will be a matter for LICs primarily.

In fact, once recategorisations are taken into account it seems that poverty outside India and China will remain roughly evenly distributed across MICs and LICs in 2030.

And looking to other possible classifications it may be that the World Bank’s shorter list of ‘fragile situations’ that emphasizes conflict/post-conflict countries is more useful but even then the UN’s widely used Least Developed Countries (LDCs) categorization might be just as useful or more so.

Further, we find certain kinds of method produce a bias towards moving global poverty into fragile states simply by the approach taken.

Third, it is startling just how much difference changes in national inequality could make – suggesting support for greater attention to this is the key implication of all these future projections.

Forecasts of global poverty are very sensitive to assumptions about inequality. In one scenario, we found that the difference between poverty estimated on current inequality trends versus a hypothetical return to ‘best ever’ inequality for every country could be an extra billion $2 poor people in 2030.

Taking a different scenario  – one of optimistic economic growth, $2 poverty could fall from around 2 billion today to 600m by 2030 – if every country returned to ‘best ever’ inequality.

However, if recent trends in inequality continue it could rise there could be an additional 400m $2 poor in 2030 compared to today.

In sum, despite all these uncertainties there is benefit in using the available data to attempt to estimate global poverty in the future.

What actually matters is recognizing the uncertainty and bias and taking the time to look across a wide range of scenarios, approaches and assumptions for commonalities in future projections and then to be informed by that rather than the next set of poverty projections.

On inequality, let’s do the Palma (because the Gini is so last century) 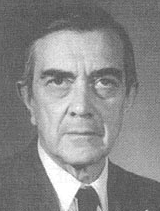 There’s one measure of inequality that gets all the attention – the Gini index.

The Gini was developed in the early 1900s – in fact about 100 years ago – by Italian Statistician, Corrado Gini (see pic).

A century later it may be time for a rethink on measuring inequality.

END_OF_DOCUMENT_TOKEN_TO_BE_REPLACED 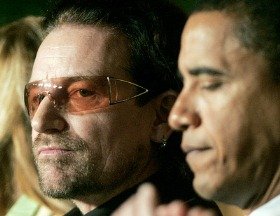 What do Obama and Bono have in common?

Both have proposed that the world should seek to end extreme poverty over the next twenty years or so.

Obama said so in his annual state of the union address (here) and Bono said the same (here) in an interesting and nuanced TED talk in Los Angeles.

Are they mad or deluded? Actually, no. Under certain conditions it is feasible (and the numbers by various economic growth and inequality scenarios are here).

The idea of an end to extreme poverty is part of a broader discussion on the next generation of UN global poverty goals. There’s plenty on the subject on Global Dashboard from Claire, David and Alex and others.

The current set of goals, the Millennium Development Goals (MDGs), will expire in 2015 (here’s a brief history).

The MDGs aimed to halve income poverty and hunger and to reduce other forms of poverty so the big question for the UN and others is what sort of global goals are after 2015? (assuming you think global goals are good which not all do).

To answer that question we need first to know a bit about progress towards the current – 2015 – goals.

Charles Kenny and I crunched the numbers back in 2011 and concluded, in short, that the goals had contributed in notably more aid for the poorest countries and faster progress on poverty reduction in some areas – notably heath related, MDGs, 4 and 6.

Of course, quite a lot of the progress would have happened even if there hadn’t been any global goals. It seems unlikely, for example, that the MDGs had much to do with China’s and India’s and other emerging economies’ incredible economic take-off.

Still, the first MDG, to cut in half the share of the world’s population living in extreme poverty, has probably been met (see World Bank analysis here), though some have their doubts (see here).

One idea that has evolved is that the MDGs were about halving global poverty and reducing other aspects of poverty so the post-MDGs should be about ‘finishing the job’ – meaning ‘getting to zero poverty’, to echo a World Economic Forum report on the matter.

Here we conclude too that it is entirely feasible to get close to ending extreme poverty – as measured by the World Bank at $1.25 per person per day – by around 2030 or so – but under certain conditions which I’ll come to in a moment.

END_OF_DOCUMENT_TOKEN_TO_BE_REPLACED 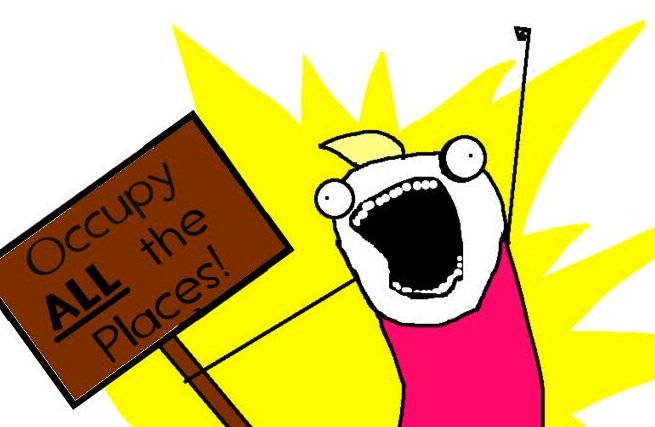 Inequality has got much more on the radar of policy wonks over the last year (see for example the usual inequality interest at UNICEF and UNDP but also the World Economic Forum and the International Monetary Fund).

This week’s OECD report on ‘Divided we stand: Why inequality keeps rising’ is only likely to added to this.

So, one seminar next week, ‘Growth first, equality later: Is it time to redress the balance?’, (see here) has plenty to discuss.

Part of the story is government can reduce inequality and isn’t so hard as some countries in Latin America have shown (see here).

Another part of the story is the top 10 countries where 80% the world’s extreme poor live, inequality has been rising in almost all. The data on inequality (see here) shows that inequality is rising in Bangladesh, China, India, Indonesia, Pakistan, the Philippines, and Tanzania. Only in Ethiopia and Nigeria is there a reduction in the gini measure. And trends show a middle class squeeze in Bangladesh, India, Indonesia, Pakistan, and the share of GNI of the poorest 40% is falling in all countries other than Ethiopia (DRC has no data).

So what’s the policy narrative here? What’s the ‘inequality’ problem exactly and what to do about it?