What is catalytic foreign aid? 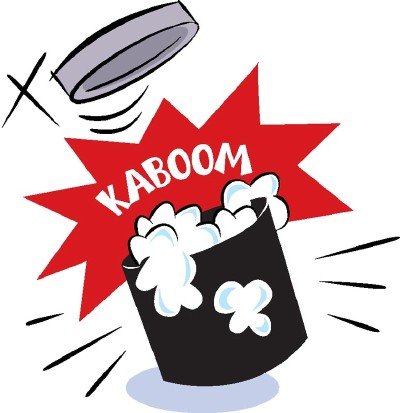 Is ‘aid exit’ or ‘catalytic aid’ a new development strategy for poor countries?

You might think so judging by comments buzzing around about ‘catalytic aid’ or ‘aid to end aid’ from leaders of some of the world’s poorest countries – for example, the President of Rwanda in the FT a while ago (here) and more recently President of Liberia (here) and not a low income country (yet), the UK Prime Minister, David Cameron visiting Nigeria recently (see here) said:

Added to this are the recent related report from international NGO, ActionAid on ending aid dependency which notes:

…the proportion of government spending that comes from aid and over the last decade it has fallen on average by a third in the poorest countries. In Ghana aid dependency fell from 47% to 27%, in Mozambique from 74% to 58% and in Vietnam from 22% to 13%. Although aid levels increased, economic growth and the countries’ ability to mobilise their own resources increased faster…

Reading all this you might say hey, what happened to the 0.7 thing? So, what does it all mean for foreign aid and poor countries development strategies?

The ultimate sign a country is no longer poor is surely it has no longer a need for foreign assistance in the form of aid flows (or even better is a foreign aid donor itself such as South Korea).

A new and evolving concept that seems to be buzzing around is ‘catalytic aid’ – meaning foreign aid aimed at ending the need for foreign aid I think (see Jonathan Glennie’s blog here for example).

All of this is kind of linked to an idea that floating out of Dambisa Moyo’s Dead Aid point (see good review here of book) that others have made in more sophisticated format in the past – that aid provides an implicit contract that is never ending – for foreign aid to be stopped one has to start killing people and lots of them and then probably aid will be suspended for a year and restarted later. So, what one needs to do is ultimately have a plan for the end of aid at sometime in the future, even if that’s 25-30 years time.

An underlying idea is the state is responsive to whoever funds it – be that natural resource rents from domestic or international companies, domestic taxpayers or – foreign aid and donors – which can lead to government responsiveness to aid donors not their own people.

And dumping aid is popular with governments too when they’re in a position to do so – Ghana’s finance minister recently noting that Ghana would rather pay more for lending from capital markets than get cheaper loans from aid agencies as the former come with no policy conditions other than repayment.

So, what is aid dependency? (Warning – techie bit followed be explanation)

This shows the share of total spending on final goods and services effectively ‘financed’ by aid.

Simon Maxwell identified ‘the 20% club’ and the ‘0.2% club’. In the former ‘aid accounts for around 20% of GDP… [which is]…indicative rather than statistically precise….20% is the average aid/GNP figure for sub-Saharan Africa and 0.2% is the aid/GNP ratio for India’ (these data are for 2003 but show the contrast of types of country emerging even then).

In one interesting paper, Brautigan and Knack define aid dependency more politically, as ‘a situation in which the government is unable to perform many of the core functions of governments, such as the maintenance of existing infrastructures or the delivery of basic public services, without foreign aid funding and expertise’.

Brautigan and Knack go on to argue that high aid levels block changes in governance by (i) weakening institutions rather than building them – through high transaction costs that accopmpany aid and (ii) by the fragmentation of multiple donor projects (the OECD noted 30+ donors in Tanzania’s health sector – imagine coordinating that) leading to various and conflicting agendas and (iii) the ‘poaching’ of high skill staff from government to donors.

Looking at the new OECD DAC data (see blog here) actually aid dependency isn’t as widespread as one might think – meaning it may well be realistic to end aid say within a generation – in fact there’s only 35 low income countries remaining and this will fall to about 20 by 2025 anyway on current trends and in many countries it’s already declined hugely as the ActionAid report noted (see here).

So, what specifically might be ‘catalytic aid’? At present it seems little defined although I’d suspect some papers are on their way given the buzz about it.

Here’s my two cents worth –

You’d want to reduce aid economic dependency meaning aid as a percentage of the economy or GDP or total government spending or total investment. So, over the course of however many years a countries development strategy would be to aim to progressively reduce ratios of aid/GDP and that would be done with intermediate targets for aid/total investment and/or aid/total government revenue.

All of the above would require redirecting considerable amounts of foreign aid flows away from traditional programme aid (eg schools, bednets, vaccines) to stuff like:

4. Anything else that led to an increase in domestically available resources – which is potentially a whole range of stuff (see here and ActionAid’s ideas here).

So, the question is are we heading towards a zero foreign aid world of autonomous countries at somepoint in the next 25-30 years and if so should countries and donors have a strategy for it? And would such a direction also release the current resources of aid for global public goods too?