We know why we were left to die 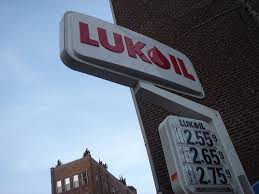 From BRICs to PIGS: what’s in a name?

First there was BRICs. Then came CIVETS. Then we were presented with BASIC, CRIM, BRICK, CEMENT, BEM, N11 and the 7% Club. Now barely a week goes by before someone tries to float another ‘useful’ investment acronym.

Behind the dense forest of exotic acronyms is a simple fact: the catch-all classification ‘emerging markets’ has lost much of its usefulness. It was invented in the 1980s, by World Bank economist Antoine van Agtmael, to replace the now-defunct acronym LEDCs (or ‘less economically developed countries’) by which the West had until then blithely referred to the rest of the world. The term ‘emerging markets’ served as a useful way to refer to fast-growing although crisis-prone markets like Russia, China and Mexico.

Within the term ‘emerging markets’ was quite a 1980s-assumption: these markets would follow the development route laid down by ‘developed’ economies, until they arrived in the neo-liberal end point reached by the US, the UK and other western countries. And the phrase also came to have strong associations with the currency and debt crises of the 1980s and 1990s.

But things have changed. The bigger emerging market countries have now overtaken the weaker developed markets, not just in total GDP, but also in the pricing they pay on their sovereign debt. Emerging market countries like China and Russia have accumulated trillions of dollars in foreign exchange reserves, and are now the main creditors of western sovereigns. In the 1980s, emerging markets depended on the west for capital inflows. Now the situation is reversed, and the US and EU depend on China to buy their sovereign debt.

It was partly to recognize this shift in economic power to emerging markets that Goldman Sachs economist Jim O’Neill introduced the now-famous acronym BRICs (Brazil, Russia, India and China) in 2001. It was a runaway success. A decade on, and MSCI has launched a BRIC index, there are several BRIC-focused funds, BRIC-focused blogs, BRIC conferences, and the leaders of the BRIC countries even held their own BRIC summit in 2009.

However, the success of the acronym, and the increase in capital flows to BRIC markets that followed, quickly led to questions and criticisms of the BRIC tag. In 2008, for example, when Russia’s economy slid into recession following the war with Georgia and the Credit Crunch, some analysts suggested Russia should be dropped from the grouping. This suggestion was sufficiently alarming to Russia that it organized not one but two BRIC summits in Russia in 2009. . END_OF_DOCUMENT_TOKEN_TO_BE_REPLACED

Two years ago, Georgian forces shelled the capital of the breakaway region of South Ossetia hitting the base of Russian peacekeepers as well as civilian housing. Russia responded immediately with a massive ground and air assault and in five days inflicted a heavy defeat on its tiny neighbour, occupying a band of Georgian territory into the bargain.

The conflict had several immediate results.

Already fraught relations between Moscow and Tbilisi plunged to new depths and diplomatic relations were severed.

Russia and three other countries recognised the independence of the breakaway Georgian regions of South Ossetia and Abkhazia.

And relations between Russia and the West – the US and the EU – deteriorated to their worst level since the collapse of the USSR – there was even talk of a new Cold War from western politicians.

Two years later, the one thing that seems unlikely to ever be the same again is the shape and size of Georgia. If recognition from Russia was not enough, the recent International Court of Justice opinion that Kosovo’s unilateral declaration of independence was not against international law, makes it even less probable Tibilsi could regain control of its lost regions. END_OF_DOCUMENT_TOKEN_TO_BE_REPLACED

Much of the opposition to START (see previous posts) is embarrassingly hackish. Take this ‘analysis‘ from the Foreign Policy Initiative’s Jamie Fly and John Noonan:

A nuclear free world isn’t an ignoble goal, but it needs to be approached realistically. Focusing on the stockpiles of the United States and Russia and limiting U.S. options for use of nuclear weapons does nothing to change the calculus of Tehran and Pyongyang.

Henry Kissinger, who is now among the chief proponents of nuclear disarmament, wrote in 1957 in his landmark study Nuclear Weapons and Foreign Policy that “A renunciation of force, by eliminating the penalty for intransigence, will therefore place the international order at the mercy of its most ruthless or irresponsible members.”

Our unwillingness to penalize countries such as Iran, North Korea, and Syria for their illicit activities only empowers them. It sends the message to other states potentially seeking nuclear weapons that the path to a weapon can be pursued with few repercussions.

If President Obama were truly concerned about the future of the international nonproliferation regime, he would follow his recent disarmament “accomplishments” with some serious action to ensure that rogue regimes realize that there is a price to be paid by those who choose to pursue nuclear weapons.

You have to love the “If President Obama were truly concerned…” line. Of course, the President is just pretending to be worried about the issue – it’s all part of his cunning plan to sell America out to foreign and socialist overlords. Or something like that.

A causal reader would also be left thinking that Kissinger opposed the treaty, when of course he is right behind it, issuing a joint statement with George Shultz, William Perry, and Sam Nunn:

We strongly endorse the goals of this Treaty, and we hope that after careful and expeditious review that both the United States Senate and the Russian Federal Assembly will be able to ratify the Treaty.

Obama is following the (bi-partisan) playbook that Kissinger, Schultz, Perry and Nunn set out in their 2008 A World Free of Nuclear Weapons op-ed. It recommended:

Is there any issue serious enough not be used as a partisan football in the US? I fear not.