Have NGOs gone soft on the Government?

So Richard Darlington’s challenge in a  recent well-argued piece in the New Statesman, asking whether NGOs have gone soft on the Government, is a vital one, and needs to be asked during every Government.

Where we’ve been disappointed by government action, we have been very very frank. In response to the Welfare Uprating Bill, for example, that will effectively cut benefits for low-income families in the UK, we called the changes “Dickensian, cold-hearted and wrong-headed”.  We’ve demanded a clamp down on tax havens, and the cancellation of millionaires’ tax cuts. When the Government launched a legal action to prevent a Robin Hood Tax on financial transactions, we accused them of “rank hypocrisy”.  We can do tough.

We can also do happy. The recent 0.7% aid victory was a real one. It will help 16 million kids get to school. It makes Britain the first G8 country to meet the international promise on aid, and resonated around the world, with, for example, Canadian MPs asking questions demanding their government follow suit. It is a tribute, to people in this government, in the previous government, but most of all to the British public, that this has been achieved. We don’t do champagne at Oxfam, but we did celebrate with a home made “0.7” cake and a big thank you to all our supporters. And we did say well done.

I’m no fan of politicians, but I have seen for myself that the decisions politicians make can for people in poverty mean the difference between life and death.  And that sometimes they make the right ones. When they do, we say so.

At the G8 this year the UK government, as hosts, can ensure leaders tackle seriously the key root causes of poverty, including land grabbing and tax dodging.  If they deliver real results ,we’ll give praise where praise is due. If they let the world down, we will let the world know.

That warm feeling is us holding their feet to the fire.

Why do some countries have so few NGOs? 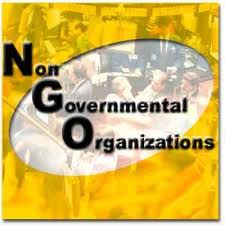 But what explains the reason why some developing countries possess so few independent organizations while others have a multitude?

Take Pakistan for instance. Whereas in Bangladesh, the former East Pakistan, NGOs have played such a prominent role that they have supplanted the state in some crucial areas, in Pakistan they are far less influential. Despite having 180 million people, the latter has relatively few important NGOs, think tanks, and independent monitoring organizations (IMOs), as pointed out by former ambassador to Pakistan William B. Milam in his book Bangladesh and Pakistan. Despite a generally positive government attitude (at least towards domestic organizations) and much growth in recent years, the number of important institutions pales in contrast to Bangladesh’s total. END_OF_DOCUMENT_TOKEN_TO_BE_REPLACED

One  of the many strands of discussion at a Ditchley Foundation conference on climate change last week was the vexed question of how public opinion shapes the political space open to leaders on climate. There were many furrowed brows on this, not least given that the polling numbers on climate change are all heading the wrong way, all over the world – perhaps unsurprisingly, given the combination of the recession and media coverage of ‘climategate’.

My own take on this is that when we think about public opinion in the climate context, we’re a bit too fast to look at it through the lens of NGOs and the media – both of which had, I think, a terrible summit at Copenhagen.

Take NGOs first. For the most part, they concentrated on highly technical issues, as they have throughout the past decade – acting, in other words, like negotiators despite not having any bargaining chips. When they tried to look up a bit, and set an overall agenda, it was so vague as to be meaningless (“ambitious, fair, binding” – more on that here). Finally, as the summit fell apart, they retreated to their habitual comfort zone of arguing that it was all the fault of the US and EU, who had been unforgivably horrid to poor old China. (See Mark Lynas for a blistering critique of that view.)

Then, of course, there’s the feral nature of the 24/7 news media, which cheerfully overlooks its own agenda-setting role even as it peddles its sensationalised stories of stitch-ups, scandals and show-downs.

The Guardian’s John Vidal deserves singling out for an especially dishonourable mention here. Just two days in to Copenhagen, he ran a breathless piece saying that Copenhagen was “in disarray” following the leak of a draft agreement that “would hand more power to rich nations”. Never mind that the content of his piece was highly questionable (as we pointed out on GD at the time). The effect was to poison the atmosphere just as the summit began – leading the Indian environment minister to say in April this year that the summit had been “destroyed from the start” by the Guardian leak. Nice one, John!

So given that it would appear to be unwise to expect either NGOs or the media to help shape public opinion more constructively, what’s left? One suggestion at the conference was a bigger role for faith leaders – who are indeed getting steadily more active on climate.

But my hunch is that it’s social networking technologies that are the key opinion formers to watch.

We’ve seen how breathtakingly fast they are at aggregating information – as during the Mumbai attacks, for instance, where Twitter was consistently 60-90 minutes ahead of the news media.  We’ve seen how they aggregate opinion as well as information – which can of course be as much of a curse as a blessing.  And we’ve seen how they can organise action – not just protest, but also more proactive policy solutions.

But what we haven’t seen, yet, is how all these elements could combine in the face of stronger climate impacts  – not just an extreme weather event, but an impact that could really trigger awareness of the potential for irreversible shifts. Strikes me that social networking technologies would be a highly unpredictable and interesting wild card in such circumstances – and potentially rather more useful than either NGOs or the media.

The best news on climate change for months. Maybe.

And now for the good news on climate change.

First, an excerpt from the New York Times yesterday.  We join Bono, a contributing columnist at the Times, as he’s setting out a list of 10 ideas that might make the next 10 years “more interesting, healthy or civil” – ideas which “have little in common with one another except that I am seized by each, and moved by its potential to change our world.” Here’s number 3:

In the recent climate talks in Copenhagen, it was no surprise that developing countries objected to taking their feet off the pedal of their own carbon-paced growth; after all, they played little part in building the congested eight-lane highway of a problem that the world faces now.

One smart suggestion I’ve heard, sort of a riff on cap-and-trade, is that each person has an equal right to pollute and that there might somehow be a way to monetize this. By this accounting, your average Ethiopian can sell her underpolluting ways (people in Ethiopia emit about 0.1 ton of carbon a year) to the average American (about 20 tons a year) and use the proceeds to deal with the effects of climate change (like drought), educate her kids and send them to university. (Trust in capitalism — we’ll find a way.) As a mild green, I like the idea, though it’s controversial in militant, khaki-green quarters. And yes, real economists would prefer to tax carbon at the source, but so far the political will is not there. If it were me, I’d close the deal before the rising nations want it backdated.