So Richard Darlington’s challenge in a  recent well-argued piece in the New Statesman, asking whether NGOs have gone soft on the Government, is a vital one, and needs to be asked during every Government.

Where we’ve been disappointed by government action, we have been very very frank. In response to the Welfare Uprating Bill, for example, that will effectively cut benefits for low-income families in the UK, we called the changes “Dickensian, cold-hearted and wrong-headed”.  We’ve demanded a clamp down on tax havens, and the cancellation of millionaires’ tax cuts. When the Government launched a legal action to prevent a Robin Hood Tax on financial transactions, we accused them of “rank hypocrisy”.  We can do tough.

We can also do happy. The recent 0.7% aid victory was a real one. It will help 16 million kids get to school. It makes Britain the first G8 country to meet the international promise on aid, and resonated around the world, with, for example, Canadian MPs asking questions demanding their government follow suit. It is a tribute, to people in this government, in the previous government, but most of all to the British public, that this has been achieved. We don’t do champagne at Oxfam, but we did celebrate with a home made “0.7” cake and a big thank you to all our supporters. And we did say well done. 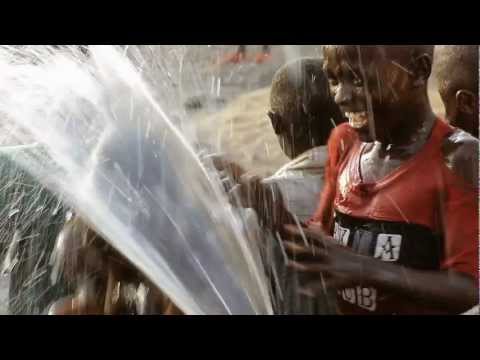 I’m no fan of politicians, but I have seen for myself that the decisions politicians make can for people in poverty mean the difference between life and death.  And that sometimes they make the right ones. When they do, we say so.

At the G8 this year the UK government, as hosts, can ensure leaders tackle seriously the key root causes of poverty, including land grabbing and tax dodging.  If they deliver real results ,we’ll give praise where praise is due. If they let the world down, we will let the world know.

That warm feeling is us holding their feet to the fire.