What would a post-2015 agreement on development actually be for? 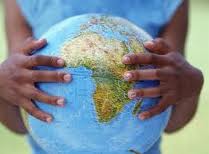 Pardon the existential angst, but as I’m about to spend the next few years of my life obsessing about what comes after the MDGs, and as the same question is finally aired in the UN’s General Assembly, I’m having a moment of – not quite doubt but certainly wondering – what exactly would a new agreement on development after 2015 be for?

There is, to say the least a certain fuzziness about this question among those (like me, let’s be honest here) who are regularly to be found airing our views on the subject.  It seems to me there are three possible, not necessarily mutually exclusive, reasons to have a new agreement on development post-2015.  Each implies a different pathway from a global agreement to changes in actual people’s real lives – which is after all the whole point of the exercise..

Firstly, there’s the resources track.  For many people the main benefit of the current set of MDGs has been the impetus they provided for increases in aid budgets among traditional donors, with the promises made at the 2005 G8 in Gleneagles probably the high point.  The causality is simple: MDGs provide the objectives, the achievement of which can then be costed, the aid provided, the objectives reached.  Bingo.  So would a new agreement be all about mobilising resources for development?  Maybe for some – the contribution made by China on behalf of the G77 to the General Assembly discussions last week was at least in part about aid, and also talked about trade and technology transfer, other examples of how a new agreement could be used to give developing countries something from the OECD that they don’t already have.

It’s easy to see why that might seem like the most important thing, given the current fears about declining aid budgets among traditional donors.  But a post-2015 agreement that was all about aid wouldn’t chime very well with current thinking about what’s important for development, within low income as much as high income countries.  END_OF_DOCUMENT_TOKEN_TO_BE_REPLACED

Putting the ‘sustainable’ and the ‘development’ into the Sustainable Development Goals

A few months ago, the Colombian government created what passed for excitement among international climate and development types, with its proposal for ‘sustainable development goals’.  In a paper that is surprisingly short given the talk it’s generated, they proposed a set of goals which, in essence, incorporate the current Millennium Development Goals, but go well beyond them in including a range of possible goals on sustainability and the environment.

At the time, Alex raised a set of important questions here on GD about the what, the who and the how of any future SDGs.  And over at CGD, Charles Kenny made a plea for the SDG and the MDG people to start talking to each other to provide some of the substance to underpin these ideas.

And since then?  Global negotiations are funny things.  In the absence of almost any of the substance that Charles was asking for, and without answers to any of the questions posed by Alex, the SDGs have continued their onward march.  Representatives of thirty countries recently met in Bogata to agree some objectives for SDGs, based around reconciling poverty reduction and sustainability.

The SDG train has clearly left the station – even though no one really knows what they are.  This is a little disheartening for innocent folk like me who like to believe that facts matter (yeah, I know, hopelessly outdated – I may as well be writing this on a Smith-Corona).

Given that no one really knows what SDGs are, but they sound good and people seem to like them, what might they actually be?  Where is the meeting ground between environment and development that could form the basis of a set of goals, and what difference would it make to go about things this way?

If the MDG project has been about putting forward a set of positive things that need to happen for poor people: more money, more health, more education, what are the sustainability goals that could fit into this sort of framework?  The things we need more of, from a sustainability and a development point of view, are, among others, more clean energy, more sustainable sources of water, and more food grown in ways that does not irrevocably deplete natural resources.  These are things one could imagine putting into a new set of goals to go alongside the more traditional MDG concerns of health, education and income.  Some of them, like water, are even in there already, though almost ignored.

So far so good, but the poverty reduction bit is actually the easy bit. END_OF_DOCUMENT_TOKEN_TO_BE_REPLACED

Debate has started in earnest about what should come after the Millennium Development Goals when they expire in 2015.  This paper from ODI and UNDP, authored by Claire Melamed and Andy Sumner, summarises the evidence on the impact of the MDGs, looks at current trends in poverty and in global governance that will affect the shape and the scope of any future agreement on global development.