Originally, I suggested this should be a major plank for civil society campaigning – and I still think it should be. But governments can play too. Let’s look at the policy from vantage point of the Obama administration. END_OF_DOCUMENT_TOKEN_TO_BE_REPLACED 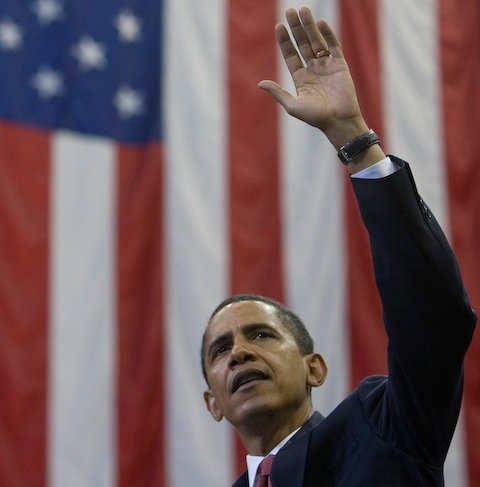 END_OF_DOCUMENT_TOKEN_TO_BE_REPLACED

The climate clock is ticking, but civil society is still missing in action. With only nine months to go before the Copenhagen climate summit, the world’s NGOs are far from having a compelling set of demands to campaign on.

Perhaps it is already too late. Many governments are already ramping back their expectations of what can be delivered. The deal-makers among them now desperately need civil society to change the terms of debate and boost all countries’ level of ambition.

I’d give campaigners until April’s London Summit to get their act together. After that, they have zero chance of retaking the high ground and starting to shape the pre-Copenhagen agenda.

So what should their demands be? What makes a good headline ‘ask’?

I think one clear, crisp demand fulfils all these criteria, providing a starting point from which all key elements of a global deal logically flow. Global greenhouse gas emissions exploded during the boom years, pumped up by debt-fuelled overconsumption. Now oil demand is declining – and we can expect global emissions see a modest fall too.

This provides civil society with a real opportunity. They should declare 2009 the year of peak emissions and challenge the world’s governments to develop a concrete plan to ensure they are never allowed to rise again. END_OF_DOCUMENT_TOKEN_TO_BE_REPLACED