Three weeks, three party conferences, but what did they tell us about where the parties see Britain’s place in the world?

First up were the Liberal Democrats in Liverpool.Their first conference as a party of government and junior Foreign Office Minister, Jeremy Browne, who described himself as the longest serving Liberal in the Foreign Office since 1919, gave the foreign affairs speech.

He made the now obligatory reference to the rise of China, India, Brazil and other powers and said Britain and Europe can’t stop this, but instead should seek to make it a force for good.He also argued that Britain still has a lot to offer and should be a catalyst for this new world order. It was short on specifics or examples of how this could be done, and how different is this from David Miliband’s talk when he was Foreign Secretary, that Britain should be a ‘global hub’?

The Lib Dems’ junior Defence Minister, Nick Harvey, focussed on one of the party’s keynote policies – a review of the need for a like-for-like replacement of Trident. In his speech, Nick Harvey argued for delaying the decision until after the next election, but his reasons appeared less about giving more time to consideration of the options and more about wrong footing the Labour Party. An argument that could give the impression that debate on a fundamental issue like the future of Britain’s nuclear weapons capability is being used as a tool to embarrass political opponents.

Next to Manchester and Labour’s conference. Being the first since losing power, it, perhaps understandably, witnessed quite a bit of raking over the recent past – both from internal critics of the last government and from former ministers defending their records.

A fringe meeting on the future of defence policy I went to heard concerns from trade unions and defence contractors about the potential impact on jobs and the industrial base of the defence cuts expected from the ongoing Strategic Defence and Security Review. The former Defence Secretary, Bob Ainsworth, was on the panel and on the defensive, responding to questions about his record with jibes back at some of his questioners.

The thing lacking was much discussion of what kind of role Britain should play in the world and what kind of military forces will be required for that. The defeat of David Miliband for the leadership and his decision to return to the backbenches inevitably meant there was less focus on his foreign policy speech to the conference than on discussion of his legacy, including as Foreign Secretary. On The World Tonight, journalist Ann McElvoy argued his main legacy was that in the wake of the Iraq war, which many believe was a big mistake, he made the case for Britain to retain its global reach and the need for intervention when the time is right, especially in Afghanistan.

On to the Conservatives in Birmingham.In the wake of the leak to the Daily Telegraph of Defence Secretary Liam Fox’s letter to David Cameron arguing against deep cuts to his budget, the mood among the Tories’ defence team seemed more upbeat, suggesting their rearguard action ahead of the Comprehensive Spending Review may be having some success. And, almost inevitably, discussion over Britain’s role in the world at the conference was dominated by the defence review as it nears completion.

The defence fringe I went to was a bit more wide-ranging than its Labour equivalent. The Defence Minister, Peter Luff, said the government is looking to France to be a strategic partner along with the US. He also suggested Britain would seek to work with France to develop new weapons systems bi-laterally, rather than enter new multilateral projects like the Eurofighter ‘Typhoon’. But the argument over what role Britain should play in the world came mainly from Nick Witney of the European Council on Foreign Relations rather than the politicians on the panel.

All this left me thinking that if the party conferences reflect the way the main parties are looking at Britain’s future global role, it does seem their focus is still very much on the defence review and cuts, rather than the more fundamental question of what role the UK should play in the changing world order. If there is a wider debate going on about what the UK’s military forces should be for, rather than simply what can be afforded, it seems to be going on largely behind the scenes. Whether that is wise is another matter. 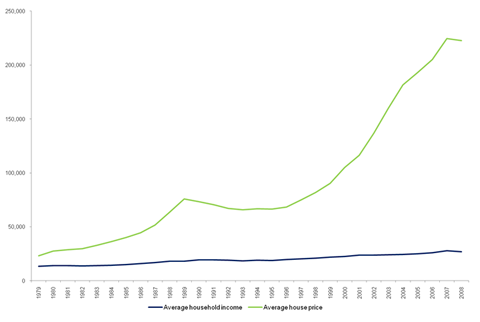