The recent defeat of Islamic State (IS) forces in the Syrian border town of Kobane has been greeted by the US-led coalition fighting the group as a significant victory.

But the killings of two Japanese civilians and a Jordanian pilot held prisoner by IS suggest it shows no sign of backing down in the face of five months of American-led airstrikes in Syria and Iraq.

So how much progress has the military offensive against IS made?

The defeat of IS at Kobane was achieved by a combination of Syrian and Iraqi Kurdish fighters on the ground supported by more than 700 air strikes which have flattened much of the town.

This success supports the view of many analysts that to defeat Islamic State, air strikes alone are not enough and ground forces are essential if the organisation’s territorial gains are to be rolled back.

The size of the challenge this presents is made stark by the assessment of informed observers that contrary to what President Obama told Congress in his State of the Union speech last month, since the campaign against IS began last August, the Islamist fighters have in fact doubled the amount of territory they control, especially in eastern Syria.

IS has also succeeded in gained allies beyond Syria and Iraq. In the past few weeks, Islamists in Egypt and Libya, who have affiliated themselves to Islamic State, have carried out large scale attacks. The group is also reported to be establishing links with the Pakistani Taliban.

Following the taking of Kobane, the US-led coalition, which includes the air forces of several western and Arab states, as well as the Iraqi army and Kurdish Peshmerga fighters, is turning its sights on the Iraqi city of Mosul.

It was the fall of Mosul to IS last June that galvanised Washington to intervene again in the region following the withdrawal of American forces from Iraq at the end of 2011.

If Mosul can be recaptured, it would represent a much bigger blow to IS than Kobane, which it had never fully controlled. But Mosul is a much tougher proposition.

IS has consolidated its control of the city – Iraq’s second largest – and the remaining population is largely Sunni Arab, many of whom may prefer the rule, however harsh, of IS to the return of rule by the Shia-dominated government in Baghdad, despite the efforts of the new Iraqi Prime Minister, Haidar al Abadi, to reach out to disaffected Shias.

It is also unclear whether the Iraqi army, which collapsed in the face of the IS offensive last summer, is yet in a fit state to launch a large-scale ground offensive against Mosul.

The Americans and other western countries, including Britain, have been training and rearming Iraqi forces, but the corruption that is blamed for their cave-in to IS will take time to root out, if indeed it can be.

The lack of an ally with powerful enough ground forces is even more acute in Syria. END_OF_DOCUMENT_TOKEN_TO_BE_REPLACED

In the latest of our #progressivedilemmas we consider what Labour’s approach to failing states should be.

2014 is the last year of British military involvement in Afghanistan and the end of a long phase of ‘nation-building’ efforts since 9/11. While David Cameron has unconvincingly declared ‘mission accomplished’, in reality the next Labour government will wrestle with an agonising set of dilemmas about the UK’s future involvement in stabilising failed and failing states. Iraq and Afghanistan cast a long shadow. 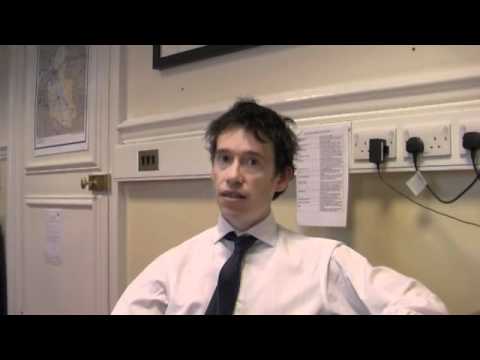 Carne Ross – who now runs Independent Diplomat, but who used to be a Foreign Office diplomat based at the UK Mission to the UN until he resigned in protest at the decision to go to war in Iraq – gave evidence to the Chilcot Inquiry last week; here’s his testimony.

Carne comments in an email to me and others (quoted with his permission) that:

Before I testified, FCO officials refused to give me access to all the documents I requested.  They also pressured me – apparently on behalf of the Cabinet Office – to delete references to some of the most egregious documents including those directly illustrating how the government exaggerated the WMD case (I refused, though I agreed to a couple of insignificant redactions at FCO request).  It was not a pleasant experience nor was I left feeling that Chilcot et al are equipped for the task of dismantling a well-constructed infrastructure justifying the government’s decisions.

Chilcot’s panel has largely been offered a narrative that war was more or less unavoidable because Iraq was escaping from sanctions and containment was collapsing.  There is some truth to this, but there is also an alternate account – namely, what the Foreign Office actually believed at the time.  The testimonies of other witnesses showed clearly that many are painting a picture at odds with that evident in the internal policy documents and, secondly, that the panel is not forcing them to reveal the true picture, and instead letting them proffer their account without much challenge.

Tediously therefore, for these reasons, the fight for full revelation and the truth must continue.  My main conclusion is that the answer lies in more or less full disclosure of the relevant documents (as no less than the Deputy Prime Minister seems to have suggested).  Chilcot instead seems to be proposing partial disclosure when requested by witnesses.  This is in no ways adequate.

See also this by Chris Ames in the Guardian.

A former Blackwater employee and an ex-US Marine who has worked as a security operative for the company have made a series of explosive allegations in sworn statements filed on August 3 in federal court in Virginia.

The two men claim that the company’s owner, Erik Prince, may have murdered or facilitated the murder of individuals who were cooperating with federal authorities investigating the company. The former employee also alleges that Prince “views himself as a Christian crusader tasked with eliminating Muslims and the Islamic faith from the globe,” and that Prince’s companies “encouraged and rewarded the destruction of Iraqi life.”

From the Nation, who also have the full sworn depositions – in which it just goes on and on. Such as:

“Mr Prince intentionally deployed to Iraq certain men who shared his vision of Christian supremacy, knowing and wanting these men to take every available opportunity to murder Iraqis. Many of these men used call signs based on the Knights of the Templar [sic], the warriors who fought the Crusades.”

The other deposition goes on,

Power, equality, nationalism: how the pandemic will reshape the world theguardian.com/world/2020/ma…

This is a really beautiful video tribute to Martin Khor, who was the global social justice movement personified. In Martin’s own words, ethics, economics and politics are all summed up in 2 perfect minutes. Created by Andrew Ng Yew Han. m.youtube.com/channel/UCa751… pic.twitter.com/165ghFN1ka

And not forgetting our other excellent Board members, like, for example @aeyakuze .... twitter.com/aeyakuze/statu…

So here are the final results - massive win for Zoom, bur some privacy concerns, plus great alternative ideas in comments. Deeply intrigued as to who voted for Microsoft Teams and Bluejeans 🧐 twitter.com/alexevansuk/st…