Which countries can broker a deal on the post-2015 development agenda?

When the High-level Panel on the Post-2015 Development Agenda was announced, Alex Evans laid out a useful typology of the five kinds of people you find on high level panels. They were:

It strikes me that the typology is equally relevant to categorizing the potential role of UN member states in forging an agreement on the post-2015 development agenda and financing for development. While many activists are interested in identifying influencers and potential spoilers, I am more intrigued by the role that problem-solving nations could play. Who are the nations willing to challenge conventional wisdom, to bring evidence to bear, to do the diplomatic legwork required to understand member state positions and propose ways forward?

END_OF_DOCUMENT_TOKEN_TO_BE_REPLACED

Ending poverty through climate action in the Post-2015 development agenda

by Molly Elgin-Cossart | May 15, 2014 | Climate and resource scarcity, Economics and development, Global system

The post-2015 development agenda offers an extraordinary opportunity to tackle the world’s two most pressing challenges—poverty and climate change. A recent report from the Center for American Progress outlines a practical strategy for policymakers to ensure the new framework tackles both.

While it is sometimes tempting to despair that countries around the world are incapable of crafting multilateral solutions that are equal to the world’s most pressing challenges, there are tremendous opportunities for international agreements to bring about real change and accelerate progress.

In 2015, a pair of international summits – one to agree on a set of sustainable development goals, the other a new climate agreement – present a tremendous opportunity. These efforts can and should complement one another.

Where countries failed to fully integrating environmental concerns into the Millennium Development Goals, they have an unprecedented opportunity now to ensure that the new goals complement and mutually enforce global development and climate solutions.

In a new report from the Center for American Progress, a couple of colleagues and I outline specific, measurable targets to be incorporated into future development goals. These targets focus on specific actions that fight poverty and reduce the catastrophic effects of climate change, and support sustainable agriculture and food security, economic growth and infrastructure, sustainable energy, ecosystems, and healthy lives.

If adopted as part of the post-2015 development agenda, these targets would help drive investments and sensible actions by local and national governments, multilateral development banks, international organizations, and the private sector to end poverty and build a more resilient and sustainable future for generations to come.

Implementing the Post-2015 Development Agenda in the United States

In a new report from the Center for American Progress, we explore the implications of implementing the post-2015 development agenda in the United States.

Given the massive changes in the world since 2000, when the Millennium Development Goals were adopted the United Nations headquarters, it should come as no surprise that the post-2015 development agenda is shaping up to be quite different from the MDGs. One of the most profound shifts is that the post-2015 will be a universal agenda.

To echo the High Level Panel on the Post-2015 Development Agenda (HLP), a universal agenda is based upon true global partnership, a joint endeavor to end poverty and promote sustainable development. Universality signals a transition away from the North-South dynamic that has defined development policy for decades.Though the specifics are still unclear – in particular how best to accommodate varying national circumstances and contexts – the basic idea is that every country would have work to do, both at home and as members of the global community, in order to achieve the post-2015 development agenda.

While an incredible amount of energy is focused on the what of the post-2015 development agenda, relatively less attention has been paid to the all-important question of how it will be implemented.

In this new report, John Norris, Casey Dunning, and I explore what implementing the post-2015 development agenda might look like from the perspective of the United States. The result of our analysis is a report, Universality In Focus. We use the illustrative set of goals and targets set out by the HLP as our starting point, identifying the achievability, measurability, and merit of each target, and as appropriate, the potential level of ambition for the U.S. in meeting such targets.

Rather than a definitive analysis of a very broad and complicated set of issues, it is our hope that this report is the start of a more specific and focused conversation on implementation and the practical implications of universality in the post-2015 development agenda. We would hope that others undertake similar analysis in different countries, to further inform the ongoing conversations among diplomats in New York.

END_OF_DOCUMENT_TOKEN_TO_BE_REPLACED 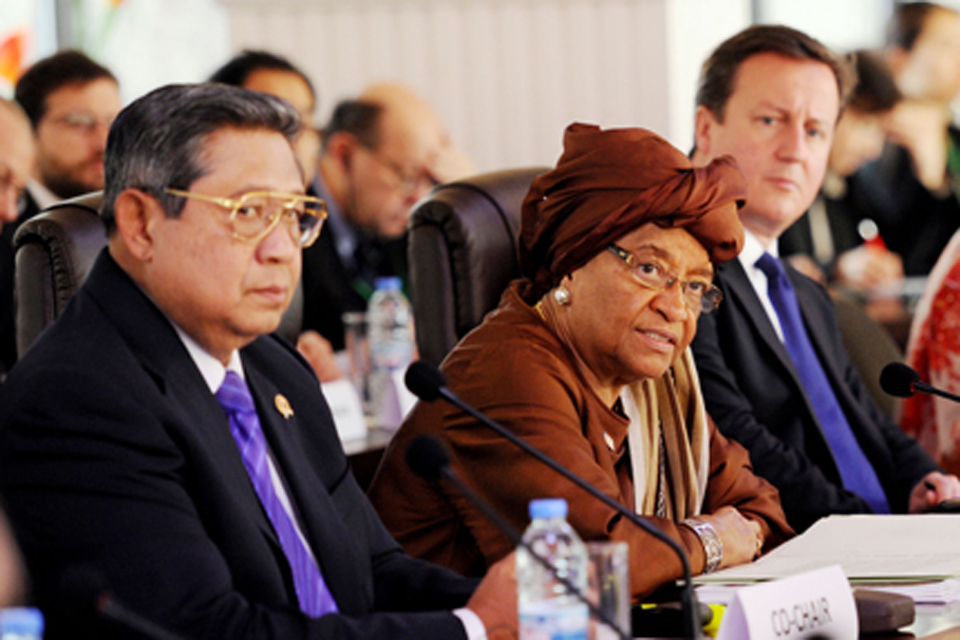 Climate negotiations in Warsaw made faltering steps towards a possible 2015 agreement. Trade talks in Bali were salvaged at the last minute. As global negotiations on trade, climate and development reach a crescendo between now and 2015, success or failure to reach agreement will be seen as signals of the future of multilateralism itself.

These talks remain fraught with complexity and technical and political disagreements that have considerable potential to derail agreement. As former chief of staff for the Secretariat of the High Level Panel on the Post-2015 Development Agenda, I know first hand how difficult it will be for these groups to arrive at consensus on the world’s most contentious issues- and how besieged they will feel by the demands of governments and stakeholders from around the world.

A number of lessons we learned from the Panel could improve the prospects for consensus and the ability to put forward recommendations that effectively address the challenges the world will face in the coming decades.