A couple of weeks back I posted about Saudia Arabia’s mass deportation of Ethiopian migrant labourers. Now, with 7,000 migrants returning on flights back to Addis Ababa every night, their stories are starting to emerge in earnest. Humanitarian experts based here who are supporting them and the government are aghast at what they’re hearing.

It seems to be becoming clear that rape of female domestic workers in Saudi Arabia is not just frequent, but endemic. 95% of women coming back are either pregnant or lactating, according to the EU humanitarian organisation, ECHO. Some women who had children in Saudi Arabia have reportedly not been allowed to take them back to Ethiopia.

Many women are also reporting being raped multiple times by Saudi Arabian security and prison staff after being detained prior to deportation. Others held in the temporary detention camps (the FT says there are 64 of them) report that they were forced to purchase their food and water at inflated prices.

2,500 returnees and counting – about 2.5% of those returned so far – have been referred to hospital here, with high rates of both psychological trauma and sexual and gender based violence.

The Saudi authorities are reportedly confiscating many people’s money and valuables before they’re allowed to board the plane – and even their shoes, so that returnees arrive back here in the middle of the night, in temperatures as low as 5 degrees C, in bare feet. Many families are being split up and put on separate flights, including in some cases kids separated from their parents.

Global concern is currently mounting all over again about the impacts of a more resource-scarce world, with particular attention focused at present on the risks of a renewed global food price spike following a spate of extreme weather in the US and around the world. Two weeks ago, corn and soyabean prices broke the record they had set during the 2008 food spike, while wheat prices have increased by 50% over the last five weeks.

These global trends have the potential to cause massive problems for a country like Ethiopia – where wheat is by far the country’s biggest import by value. And that’s before you take into account low agricultural yields and farm sizes, major exposure to drought, limited access to energy, and how these challenges will be magnified by high rates of population and economic growth, which will increase demand for resources – as well as intensifying climate change impacts

Against this backdrop, the NYU Center on International Cooperation has just published a new report of mine entitled Resources, Risks and Resilience: Scarcity and climate change in Ethiopia.  This is the first in a series of CIC case studies on the risks that resource scarcity and climate change pose to poor countries – and on how those countries and their international partners can build resilience to them. (A second case study, on resource scarcity in Pakistan, is currently being prepared by David Steven; plans are also in train to undertake a third study on Nigeria.)

While the report sets out a daunting set of scarcity-driven challenges for Ethiopia, it also notes that Ethiopia’s government is well aware of the challenges it faces, and has put in place a battery of policies to address them – including, notably, the breathtaking aim of becoming a middle income country by 2025 with zero net growth in greenhouse gas emissions, as well as an extremely ambitious (and controversial) program of dam-building and large scale agricultural projects.

As well as assessing these policies, the report also identifies a range of vulnerabilities, policy gaps and exogenous risks that will need to be taken account of in future planning by the government and its international partners. It concludes by setting out a ten point agenda on how Ethiopia’s government and partners can improve their performance in managing scarcity issues. END_OF_DOCUMENT_TOKEN_TO_BE_REPLACED 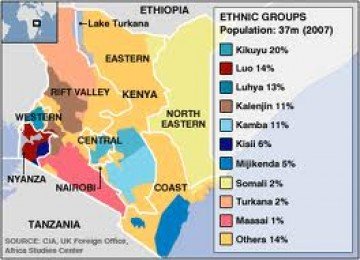 There is no easy answer, but there are formulas that can provide a guide. END_OF_DOCUMENT_TOKEN_TO_BE_REPLACED

What does the Security Council think about Ethiopia / Eritrea?

With Ethiopia having launched an attack on camps inside Eritrea last week, and apparently another over the weekend (though the Ethiopian government denies that), UN Dispatch is wondering how come the Security Council seems to be turning a blind eye. Their answer is that the Council has been silent – and is likely to remain so – for several reasons:

First, the Council has found itself spurned by Eritrea in the past. Following the 2000 peace agreement, a UN peacekeeping force called the UN Mission in Ethiopia and Eritrea (UNMEE) was set up to monitor the situation. After increasingly restrictive conditions from Eritrea, including the cutting of logistical routes, the UN Security Council begrudgingly sunset the mission in 2008. There is no love lost between the two, also, due to Security Council sanctions on Eritrea for supporting al-Shabab despite prevailing arms embargoes.

Second, the issue is unlikely to be pressed by any of the Permanent Members for swift action. In its role as the President, the UK has yet to call for any meetings on the matter, and has stated that its focus this month will be on the Middle East. Once the United States takes up the Presidency in April, it will likely focus the status of Sudan and South Sudan, which are personal projects of Ambassador Susan Rice. Further, the United States is a strong ally of Ethiopia for its role in countering the spread of terrorism in the Horn. That leaves France, which is spending its diplomatic clout on getting a stronger resolution on Syria out of Russia and China.

Of the non-permanent states, while the African Union has called for calm between Ethiopia and Eritrea, South Africa and Togo have yet to echo the call from the Security Council. Barring a strong push by the two sub-Sahara African non-permanent members, it’s unlikely a sense of urgency will permeate the situation.

While this week’s fighting has been about training camps, all this is of course taking place against the larger backdrop of a border conflict that’s been left unresolved since the end of war between the two countries back in 2000. For some background on the impasse, it’s worth looking back at this International Crisis Group report from 2008, which argued that the two countries were at “serious risk of a new war”, and that

Ethiopia and Eritrea have had no incentive to resolve the frozen border conflict. Indeed, both regimes have used it as an excuse to enhance their domestic power at the expense of democracy and economic growth, thus reducing the attractiveness to them of diplomatic compromise. They support the other’s domestic rebels, and each is convinced that the fall of the other’s regime is imminent and the only real solution to the border dispute.

At the same time, the key international actors have allowed this situation to remain frozen because of overriding concerns, such as Washington’s concentration on its counter-terrorism priorities. However, the significance of the bilateral dispute has been magnified by its impact on the region, especially the conflict in Somalia, where insurgents backed by Eritrea battle Ethiopian troops that support the Transitional Federal Government (TFG).

ICG’s take on what an endgame could look like, if the international community were to engage more seriously:

The basic goals remain to get Ethiopia to accept the border, Eritrea to accept the need for dialogue and the international community to provide the carrots and sticks needed to press the parties, including financing for trans-border development. Overcoming so many contrary predilections, even in the Security Council and major capitals, but especially in Addis Ababa and Asmara, will be hard.

But there are some objective considerations that might attract both sides to the process recommended [in the report]. Eritrea wants to consolidate its independence, prefers physical border demarcation to virtual demarcation, seeks Ethiopian withdrawal from Badme in particular and desires better relations with the West. Building a reconfigured progress on the Ethiopia-Eritrea Boundary Commission’s conclusions about the border should give it enough to be open to a wide-ranging dialogue. Prospective access to Eritrean ports and essentially an end to internal armed insurgencies should be meaningful incentives for Ethiopia.

When Ethiopia ruled the world

Christmas 2006 and Santa brings the American right an unexpected Christmas present – the invasion of (nasty, Islamic) Somalia by (nice, Christian) Ethiopia. Times were tough in Iraq, so the cheerleaders of military force were glad of the opportunity to get out their pom poms and strut their stuff for an army that really knew how to put the boot in.

Why, they asked over at National Review (bastion of US conservatism), is Ethiopia so successful at vanquishing Jihadi foes, when the US has so much trouble? Was it a more sophisticated approach to counter-insurgency? Greater understanding of cultural drivers? No – it was because they were prepared to fight like real men untramelled by the Geneva conventions.

Ethiopians are “not worried about whether they will be seen as “occupiers” or whether their “occupation” will be viewed as benevolent,” Cliff May reckoned. Neither are they:

Overly concerned about whether their tactics will win approval from the proverbial Arab Street – or the European Street or Turtle Bay. They are fighting a war; their intention is to defeat their enemies; everything else is secondary or tertiary.

James Robbins, meanwhile, was also in thrall to the Ethiopian’s use of of ‘maximum force’, dismissing those who warned this was a war that the Ethiopians would never win. John Miller, meanwhile, wanted Ethiopian troops airlifted in to kick some Iraqi ass, while Cliff May headlined a piece: “WHY EUROPEANS AND ARABS ARE ROOTING FOR THE ISLAMISTS IN SOMALIA.”

(Oh and don’t forget daffy old Kathryn Lopez who was all weak at the knees as she warned the world not to ‘mess with Ethiopia’.)

So how did it go then? Here’s today’s editorial from the FT:

Before Ethiopia invaded with Washington’s blessing, Somalia barely registered on the global jihadi radar. Two years later, the conflict is a significant mobilising force. Videos seeking recruits and financing for Islamist militias fighting the Ethiopian-backed transitional government have proliferated on jihadi web sites. Fighters from Zanzibar, the Comoros islands and as far away as Pakistan have been drawn to the insurgency. Ethiopia’s intervention has bolstered extremist elements that the US and other western powers hoped – against the advice of most experts at the time – that it would contain.

In recent months, hardline al-Shabaab militias have gained control over much of southern Somalia. By contrast, the transitional government that Ethiopia stepped in to install can claim influence over the town of Baidoa and only parts of the capital, where roadside bombs explode daily. Ethiopian troops are bogged down fighting an insurgency that gains strength from their presence, while the government they support shows no signs of becoming more effective. It is a familiar scenario for the US and its allies in Iraq and Afghanistan. Ethiopia however, has announced its decision to cut its losses and withdraw by the end of the year.

Nowadays of course, the Somalia is largely forgotten by the American right – all the posters of Ethiopian troops have been torn down from right-wing bedrooms. But they still think their foreign policy prescription was the right one – and that Bush has left the world a safer place….