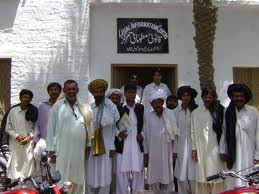 Many fragile states suffer from incoherent legal systems. Whereas in developed countries, one single system exists and is effectively enforced, in fragile states multiple systems work side-by-side, each weakly enforced, and often operating in contradiction with each other. Creating a unified and robust system of law is one of the biggest challenges these countries face.

In most cases, this incoherence is a direct product of colonialism. One system, often with the greatest relevancy to local populations, has roots in the precolonial system of governance. It may have evolved a lot since then, but is still based on local circumstances and institutions. The state, itself a product of foreign rule, follows another system, based on Western legal tradition, imported from abroad. Neither is consistently or equitably implemented. Corruption distorts outcomes. Officials (whether those of the state or local leaders) lack training. Favoritism is common. END_OF_DOCUMENT_TOKEN_TO_BE_REPLACED