From the NYT’s Green Inc blog:

California regulators on Thursday went where no regulators have gone before — approving a utility contract for the nation’s first space-based solar power plant.

The 200-megawatt orbiting solar farm would convert solar energy collected in space into radio frequency waves, which would be beamed to a ground station near Fresno, Calif. The radio waves would then be transformed back into electricity and fed into the power grid.

A Southern California start-up called Solaren will loft components for the solar power plant into orbit and sell the electricity it generates to Pacific Gas and Electric, the major utility in Northern California, under a 15-year contract. The project is supposed to be turned on in 2016. 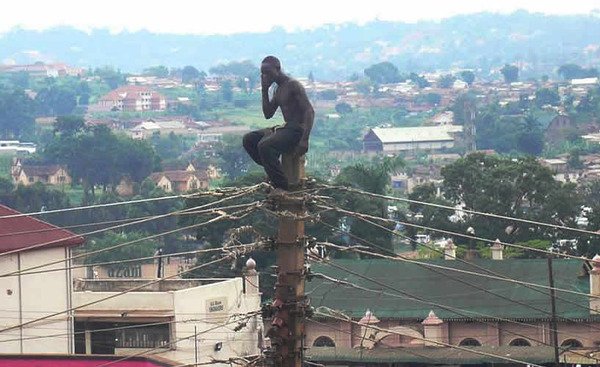 Despite being oil rich, Nigeria is desperately energy poor. Per capita electricity consumption is half that of nearby Ghana and even this limited supply is shockingly unreliable.

When the power shuts down – which it does all the time – people sit in the dark or, if they’re lucky, fire up generators that cost the country $140 billion to fuel (add a chunk more for capital and maintenance costs).

On Twitter, there’s an online demonstration going on at the moment against this crazy situation – with huge numbers of tweets using the #lightupnigeria hashtag. “I know a Doctor that once operated in moonlight because the generator refused to come on!” Olunfunmike writes, “Let’s make a change.”

Please join them – and spread the word. (Cool photo – courtesy plastiqq. Find me on Twitter.)

Update II: NEPA – Nigeria’s National Electric Power Authority – needs $3.4bn investment over the next five years. At present, however, it’s operating at a huge loss, in part because it only manages to get customers to pay for 60% of the electricity they use (as one customer puts it, “NEPA doesn’t give me light, but at the end of the month a bill would arrive and they would expect me to pay? I don’t think so.”)

President Obsaanjo has pleaded with the company to at least warn customers of impending power cuts (load shedding) before they happen, but many Nigerians believe that’s all he’s doing  – pleading for change.

Last year, a Parliamentary investigative panel claimed that $16bn has been spent on the power system, without delivering much increase in supply.

The House of Representatives investigation alleged that Mr Obasanjo’s government had paid millions of dollars to 34 “non-existent companies”. The committee visited the sites where power stations were meant to be built. It found no work had been done at some sites after several years.

Defending his record, Mr Obasanjo said his government had inherited 18 years of neglect in the power generation industry, and had done well to more than double power supply. Gas pipeline vandalism had hampered power generation. One damaged pipeline took two years to repair, he said. To “the uninitiated” it would seem like no work had been done on the power stations, but the reality was that millions of dollars had been “invested”, he said.

But he said the investigation into the power sector may actually hamper improvement, and jeopardise Nigeria’s development. Private partners were being chased away by the probe because they feared being “criminalised”.