Which countries can broker a deal on the post-2015 development agenda?

When the High-level Panel on the Post-2015 Development Agenda was announced, Alex Evans laid out a useful typology of the five kinds of people you find on high level panels. They were:

It strikes me that the typology is equally relevant to categorizing the potential role of UN member states in forging an agreement on the post-2015 development agenda and financing for development. While many activists are interested in identifying influencers and potential spoilers, I am more intrigued by the role that problem-solving nations could play. Who are the nations willing to challenge conventional wisdom, to bring evidence to bear, to do the diplomatic legwork required to understand member state positions and propose ways forward?

END_OF_DOCUMENT_TOKEN_TO_BE_REPLACED 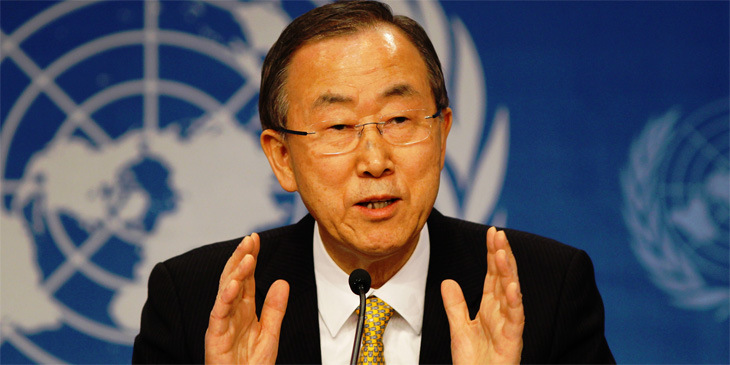 Reactions to the Secretary-General’s synthesis report

The post-2015 synthesis report was never going to be an easy task. No one can envy UN Secretary-General Ban ki-Moon his responsibility, mandated by UN member states last September, of writing a synthesis report of the many strands of the post-2015 development agenda. He certainly had his work cut out for him in bringing together the proposal from the Open Working Group on Sustainable Development Goals, the Intergovernmental Committee of Experts on Sustainable Development Financing, the High Level Panel of Eminent Persons, the Independent Expert Advisory Group, and the many other inputs, consultations and discussions on post-2015 over the past couple of years.

The report is a fine effort in the face of these challenges, but fails to effectively deliver key messages. The criteria for a successful SG report at this stage are that it: 1) bring everyone together around an inspirational narrative; 2) galvanize support around the message that it is time to roll up our sleeves, because the work is far from done; 3) bring technical expertise or conceptual clarity to a complex process; 4) move the process forward. While the synthesis makes progress on some fronts, notably in starting to piece together an inspirational narrative, it largely fails to accomplish these aims. Partially that is because the report is too lengthy, thus mixing a few more solid, thoughtful messages with other, seemingly hastily constructed ones. At times it is more of a list than a synthesis. END_OF_DOCUMENT_TOKEN_TO_BE_REPLACED

Nobel Peace Prize winner, Malala Yousafzai is exceptional. She fearlessly brought the campaign for girls’ education to the centre of the world stage. There is a UN global initiative, former Prime Ministers are taking up the cause and it is an uncontested fact amongst policy makers, academics and practitioners alike that we cannot ‘do development’ unless boys and girls have equal and universal access to a quality education.

But, how do you teach a girl to read and write if she’s too scared to go to school for fear of being raped; or shot in the head for simply trying to claim the education she is due? How do you teach a boy the social and emotional skills he needs if the only lesson he learns is violent discipline and the streets are too dangerous for him to play?

Whilst Malala is unique, the violence committed against her is certainly not. Millions of children have suffered physical abuse in, or on route to, school. But it doesn’t end there. The places children should feel most safe are often the most dangerous. In the home and community children are being subjected to violence which impacts their physical and mental health with often permanent effects.

The problem is not limited to the Swat Valley or the gang ridden streets of San Salvador. The epidemic of violence against children is global and it thrives off inequality. No matter where you are in the world, if you are poor, marginalised or young, your vulnerability to violence is increased and your power to seek justice is reduced. In Nairobi’s largest informal settlement, Kibera, last week, I heard stories from children about unimaginable abuse and violence – like nine year old ‘Charles’, repeatedly raped by a neighbour who has evaded justice because of his influence in the community and with local officials, who he is able to pay off. Whilst each trauma was different, the common theme of impunity for the richer, older, more powerful perpetrators was common. Children in particular have limited access to and voice within justice systems, and their abuse and exploitation often goes unreported or is not investigated, leaving those who need most protection receiving the least. This cycle must be broken.

That every five minutes a child will die because of violence, as a new report from Unicef UK shows, is intolerable. The fact that this this has the potential to undo the vast progress we have seen in child survival in the last 20 years is inexcusable. Huge gains have been made since 2000 in keeping children alive to their fifth birthday, but these risk being offset by stubbornly high murder rates in adolescence. For example, in Brazil nearly 35,000 under-fives have been saved, but over the same period, more than 12,000 lives of adolescents were lost to homicide. Furthermore, child victims and survivors of violence have been left behind by global social and economic progress, with violence creating barriers to economic development. A survivor of violence in childhood is 60% more likely to be living in poverty than a neighbour who was not victimised.

As member states negotiate the successor to the Millennium Development Goals, we have an opportunity to redress this. Violence was not tackled by the MDGs and the most vulnerable, at highest risk, were left behind. In the post-2015 framework, a target to end abuse, exploitation, trafficking and all forms of violence and torture against children, with accompanying targets of access to justice and the rule of law, will help ensure we can finish the job of the MDGs and eliminate preventable child mortality and extreme poverty for good. In post-2015, as in life, we can follow the mantra of safety first.

But we don’t have to wait for the negotiations to finish before we act to end violence. The experience of Unicef’s work in many countries shows that there are effective strategies to prevent it – including providing support and services for children and their families, changing social norms through education and enforcing laws to keep children safe – that can be scaled up now. We need leaders to commit to doing this and to demonstrate the political will is there to facilitate the practical solutions. A global partnership of governments, international institutions and civil society, to build momentum on this crucial issue will help ensure the opportunity the post-2015 framework presents to turn the tide against violence isn’t lost.

We can’t rely on all children being heroes, to show remarkable courage, to defy the odds, to take the fight to the perpetrators of violence the way Malala did. They shouldn’t have to. They have a right to grow up free from fear and violence. We need to start planning now for that world.

Post-2015 Means of Implementation: What Are We Trying to Win?

Working draft of a paper by Alex Evans on potential elements of a global political deal on ‘means of implementation’ for the post-2015 development agenda (September 2014).

The post-2015 agenda is at a turning point, with the intense discussions of the last year about Goals and targets giving way to a new focus on how the world will achieve the high ambitions set out in the draft Sustainable Development Goals.

Over the next eighteen months, we’ll see a veritable blizzard of summitry, including a critical OECD meeting looking at the definition of aid this December, a major summit on financing for development in Addis Ababa next July, the key final decision moment on the shape of the new Sustainable Development Goals in September 2015, a make-or-break climate summit and a WTO trade ministerial in December 2015, and high-potential summits of the G7/G8 in Germany, and the G20 in Turkey.

All of these moments have the potential to yield elements of a global political deal on ‘means of implementation’ for the post-2015 agenda. But what are the options for those elements – and which of them offer the highest potential in terms of development impact and political achievability?

These are the questions I address in a new paper, commissioned by the UN Foundation, and published today as a working draft ahead of next week’s UN General Assembly and climate summit, and in advance of a final version in October.

It includes both a 10 point ‘straw man’ package of measures on means of implementation that ranges from ODA, domestic resource mobilisation, and the role of the private sector through to trade, sustainability, and transparency; and a long-list of potential outcomes and asks – in each case with a brief discussion of the political and developmental pros and cons.