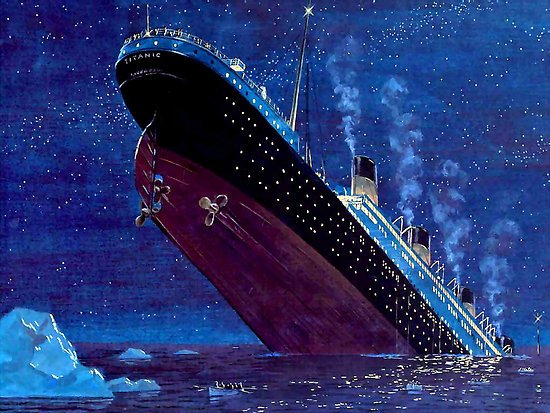 After the vote – resilient strategies

Yesterday, I indulged in some late night speculation, wondering whether the only ‘impossible’ election outcome – the Queen being forced to send parties back to the country – might now have an outside chance of popping out of the pack.

Why consider such an outlandish possibility?

It’s important to do so, I think, because that’s the only way to make good decisions under conditions of radical uncertainty.

Look at how David Cameron’s team is said by the Telegraph to have acted even before polls closed last week:

By shortly after 7pm on Thursday, Jeremy Heywood, the Permanent Secretary at 10, Downing Street, received an extraordinary telephone call.

On the line was one of David Cameron’s closest aides, so confident of a Conservative majority that he spent the next five minutes dictating the names of every minister in the new Cameron government and the names of the civil servants who would be sacked the next day.

Even in the midst of the most unpredictable election in a generation, I suspect the Conservatives were far too committed to their preferred outcome to be well prepared for the labyrinth of choices that would soon confront them.

Similarly, I don’t believe Nick Clegg had really gamed out the dilemma his push for electoral reform would place all leaders in, as they became exposed to the unpredictable and shifting preferences of their own and each others’ backbenchers; and – through a referendum – to those of the public.

I wonder too whether Labour ‘strategists’ (most of whom are actually dyed-in-the-wool tacticians) saw credible routes to power if Gordon Brown resigned. Or was this merely a Hail Mary pass disguised as a game-changing moment?

(My first thoughts when Brown used his decision to stand aside as a negotiating ploy were: (i) Which of the leadership candidates were involved in the decision? And (ii) Will this later be seen in the same light as McCain’s surprise announcement that an unknown Alaskan governor was joining him on the Presidential ticket?)

In conditions of uncertainty, parties need what I think of as resilient strategies – ones that are not easily shifted from long-term goals, but blend this with a sensitivity to unpredictable outcomes, and which look beyond preferred outcomes to encompass a ‘plan b’ (c, d, e…) for failure.

So here’s a question for parties. Which of them has a ‘red team’ that has been isolated from the negotiations and has been asked to think simply about how the party should react to a ‘no deal’?

During the negotiations, the Tories have made major policy shifts, which they are going to find hard to reconcile with their core platform. Labour has initiated what is likely to be a long and acrimonious leadership campaign, which is going to turn it inwards at a time of national crisis. And the Liberal Democrats have sacrificed their reputation as standing for something other than the ‘same old politics’.

Each of them – in different ways – now stands on unstable ground. Unless their strategies are resilient to changed circumstances, they could find their support eroding very fast indeed. After the vote: negotiate first with your base

One lesson I took from from the Northern Irish peace process was that, when building a complex agreement, trouble results if any party forgets this rule: the first negotiation is with your own base.

Sinn Féin has emphasised that it is involved in a double negotiation – with its political opponents on the one hand, and with its supporters on the other. ‘For the IRA’s position to have been released or made public without its grassroots having had the opportunity to engage … would have been a total disaster,’ Gerry Adams has argued.

But David Trimble failed to keep his base on side, leading to a long period where Unionists were unable to project a credible position at the negotiating table. Their leaders weren’t taken seriously, because no-one could be sure who they were really speaking for.

Back in 2003, the British government was terrified that stalemate was allowing Ian Paisley’s hard liners to grab power – expecting this to lead to a titanic (and fruitless) ‘battle of the bottom lines’. Their pessimism was misplaced. The DUP was able to advance the talks, precisely because it had a much firmer bond with its own supporters.

How does this lesson apply to today’s post-election shake out in the UK?

Nick Clegg has been forced to by his party’s constitution to keep in close contact with his party – he needs 75% of MPs and 75% of the federal executive to approve any deal. He also went out onto the streets to talk directly to demonstrators backing PR.

Clegg may end up failing to take his party with him – but at least he seems to be trying to keep them on board.

David Cameron, however, seems much more isolated. The Guardian, of course, has an enormous incentive to sow dissent on Tory ranks (it badly wants a Lib-Lab pact that leads to PR), but its account of rebellion within the Conservative Party has a ring of truth about it.

Most damaging was that not all the dissent came from the backbench MPs (who are said to have heard little from their whips). One ‘senior frontbencher’ was prepared to dish the dirt (off the record, of course):

He ran his campaign from the back of his Jaguar with a smug, smarmy little clique – people like Osborne, [Oliver] Letwin and Michael Gove. He should get rid of all of them. The party will settle for nothing less.

For Cameron, there’s an enormous attraction in binding his enemies, the Lib Dems (or as Alex prefers, ‘the frenemy‘) into a formal coalition. He can dump unpopular policies foisted on him by the grass roots, implicate his coalition partners in all the hard decisions about spending, and leave the Lib Dems too unpopular to ever win the argument on PR.

But he is making a big mistake if he gets out too far in front of his party. He’s going to need every single of his MPs to back his first Queen’s Speech. And he’ll then be vulnerable to any subsequent rebellion turning into a confidence issue.

And what about Labour? I wonder if here, too, the interests of the ruling Brownite clan diverge from those of a (currently silent) faction in the party.

Assume Brown goes, I simply cannot see how a new leader will have any legitimacy to lead a Lib-Lab coalition and take power as PM. For a start, there’d be a messy and lengthy succession process. After that the new leader would be damaged goods from the get-go – tarred with the ‘unelected’ brush that so damaged his (or her?) predecessor.

Maybe, maybe, they might hope to wait out the storm that would accompany them taking office and wait for better economic times to heal the wounds – but they’d have a referendum on PR to fight, and that – as I argued last week – could well get ugly.

Surely better to head into opposition with a decent share of the seats and fight a government that – whether its Tory minority or LibCon – will struggle with some of the hardest political decisions of a generation.