Myths for an age of political polarisation 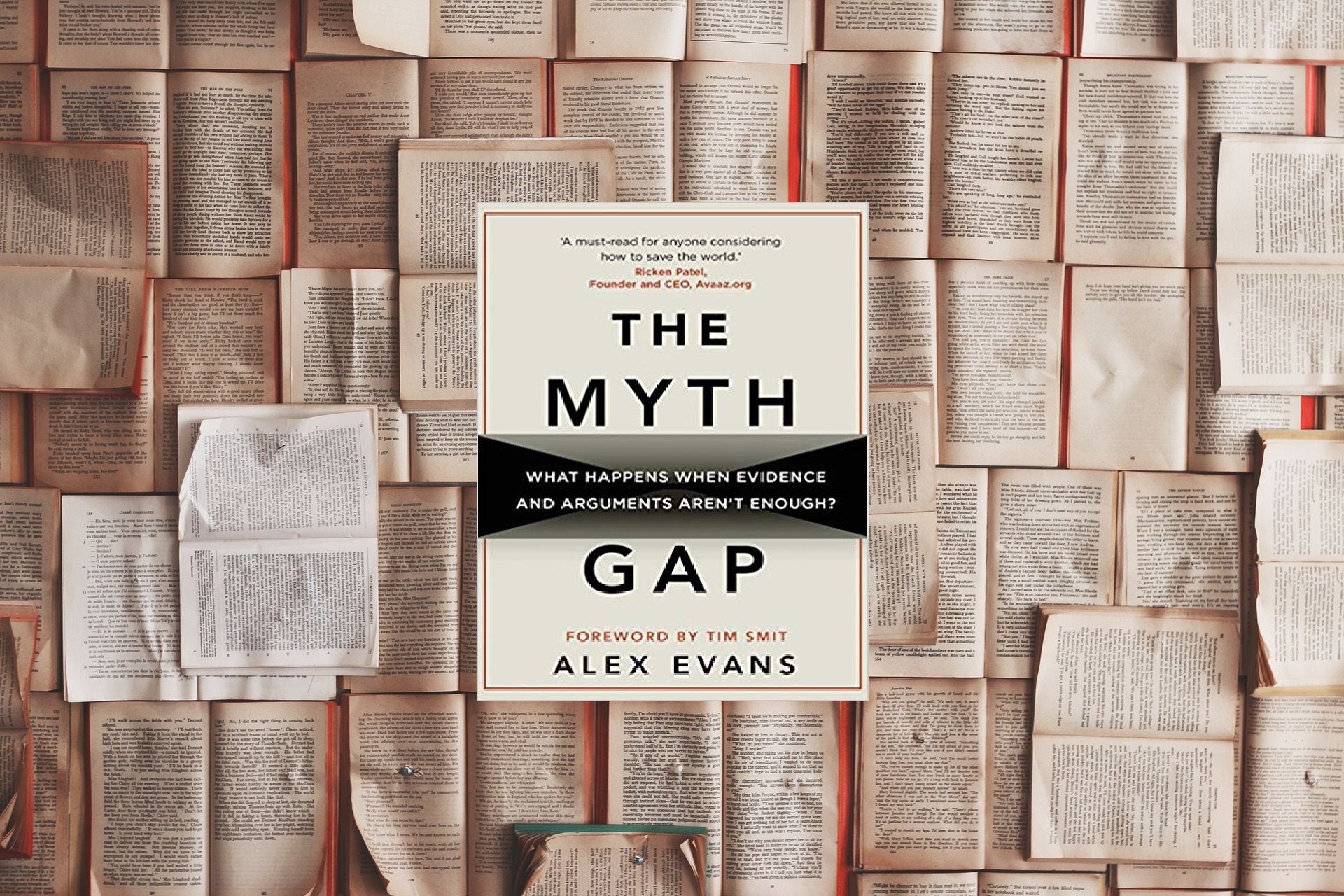 Want to change the world? Then what you need most isn’t facts; it’s a really great story. So I argued in a book called The Myth Gap (summary here), which came out last year in the wake of the Brexit referendum and the US election.

Donald Trump and Nigel Farage had hardly triumphed thanks to their evidence base, after all. Instead, it was thanks to their power as storytellers and the resonance of the tales they told: of taking back control, of building bigger walls, of threats from a shadowy ‘other’.

Part of populist leaders’ attraction, I suggested, is their ability to speak to the contemporary absence of – and deep hunger for – grand narratives that explain where we are, how we got here, where we might be trying to get to, and underneath it all who we are.

To win against these kinds of adversary, I argued, progressives need to reimagine themselves as mythmakers and storytellers. And while there’s clearly no single myth that will work for everyone, I argued that the kind of narratives we need today share three defining features.

First, prompting us to think of ourselves as part of a larger us rather than a ‘them and us’. Second, to situate ourselves in a longer now, in which we get back to thinking in generational timespans. And third, to help us imagine a better good life in which growth is less a story of increasing material consumption and more about finally growing up as a species.

A year on from the book’s publication, I still think we need these kinds of myth. But I’ve also become preoccupied with how to build bridges across the chasm that defines our politics in an age of savage political polarisation.

My concern partly stems from a year spent running the Brexit campaign at Avaaz. Having started out a convinced Remainer, I ended up thinking the biggest problem wasn’t so much leaving the EU as the prospect that any outcome would leave UK politics poisoned for a generation, with both sides feeling stabbed in the back.

Spending six months on sabbatical in Jerusalem has only deepened my unease. I was last here in 2004, and it’s horrifying to see how extreme the polarisation between Israelis and Palestinians has become. Each side now blames the other for everything, and is simply unable to see how it has also helped to create the current impasse, or what it might have to sacrifice for peace.

The abyss in UK politics isn’t as devastating as the one between Israelis and Palestinians, of course. But the political similarities — the anxiety, irritability, tuning out and ‘othering’ those who disagree — are still striking. And they’re getting worse.

The divide we face is bigger than just Leave and Remain, too, as David Goodhart observes with his idea that British politics is now split between ‘Somewheres’ and ‘Anywheres’.

Somewheres, he argues, are rooted in specific places, usually where they grew up. They value security and familiarity, and are conservative on cultural and social issues. They tend not to have gone to university, do less well economically, and often experience change as loss.

Anywheres, meanwhile, like openness and mobility. They’re mainly graduates, who’ve left where they grew up to live in London, the south east, or abroad. They’re comfortable with social change, and internationalist in outlook. They are much more individualistic, and tend to curate their identities rather than having them ascribed to them.

I find Goodhart’s two tribes fascinating — especially from the perspective of story and myth.

I feel as though Somewheres start with an advantage in storytelling because the best stories are so often specific to places. The tale of a 7 billion ‘us’, on the other hand, is still just an outline draft. And by extension, I also have a hunch that Somewheres have something important to teach Anywheres about belonging.

The individualism that Anywheres are so fond of has a long shadow, after all. George Monbiot points out that individualism is ground zero for consumerism, neoliberalism, and today’s epidemic of loneliness. Adam Curtis observes that the sense of group identity that political movements depend on struggles to survive when self-expression has become the highest good. The sense of belonging that’s at the heart of what it means to be a Somewhere is powerfully relevant here.

Of course, Somewheres’ focus on belonging can be very dark too: just look at the far right. But a point that Anywheres are prone to miss is that it doesn’t have to be. Take the SNP. It’s internationalist, progressive, cosmopolitan; yet also firmly rooted in place and national identity. English politics might look a lot healthier if a similar synthesis were available south of the border.

And I think that it’s just that — a synthesis of the best of Somewhere and Anywhere — that we need to be looking for. Fuzzy compromises on the most charged issues, that do nothing to resolve the underlying clash of values, won’t satisfy anyone. Instead, we need to find a way to talk about, and work through, the divergences between two very different worldviews.

Somewheres and Anywheres clearly value different things, after all. The real question is whether those values are necessarily at odds, or whether they could in fact be reimagined as complementary.

And that’s the basic question now facing each of us.

If you take the former view, from either side of the political divide, then your only real option is to fight like hell. It’s an honourable point of view, but the problem is that it just leads to more of what we have now: acrimony, attrition, and all political bandwidth taken up with patching over the cracks instead of actually tackling the defining issues of the 21st century.

If you take the latter view, on the other hand — that politics isn’t necessarily zero sum, and that the possibility is there of a conversation that enriches all participants and proves that we do indeed have more in common than what which divides us — then you are, unavoidably, in the business of collective storytelling.

In one sense, it’s a radically new and cutting edge skill-set at the heart of what 21st century citizenship is all about. In another sense, it’s the oldest and most quintessentially human skill in the book. It’s time to dust it off and relearn how to do it.

This post was originally published on the Young Foundation’s blog, ahead of a talk I’m doing there on 18 September on the Myth Gap a year on from its publication – tickets available here.