In the world of Bretton Woods watchers such as myself (and what a world that is), all eyes are on the US Congress, where lawmakers are deciding on the fate of President Obama’s commitment at the G20 to boost the US’s contribution to the IMF by $108 billion. There is no doubt that the Fund needs that money (as part of an overall increase of its resources to £750 billion) but things are not going smoothly on the Hill.

from the beginning, the administration has faced tremendous obstacles to getting a majority members of the House of Representatives to vote for the money in an up-or-down vote. This is because many members of both parties are afraid that it would be seen as another taxpayer bailout for the financial industry – and foreign banks at that.

So we are left with a state of affairs in which some Democrats are rebelling against the Bill for war reasons, and others because they want moves on IMF reform (particularly in terms of its dangerously austere lending conditions) in exchange for the increasing funding proposed. Few would argue that this is a sensible and eminently just request. However, the US Treasury (which of course has an enormous degree of sway over IMF policy) has refused to commit to this as a condition of the increased funds. Republicans, meanwhile, ostensibly just want the IMF money put to a separate vote. But (Weisbrot again):

Interestingly, the Republicans are not trying very hard to get the IMF money removed. They are not saying anything on television or in the media. This indicates that they may want this money to pass with only Democratic votes, so that they can attack the Dems – especially those in conservative districts – when the money ends up bailing out the European banks in eastern Europe.

Of course, that’s a solid criticism and no doubt it’d play very well. But at the end of the day, this is exactly what the IMF is meant to do, it’s part of what it was set up for and it’s certainly part of the job of a hegemonic country that claims to be ‘ready to lead once more‘. 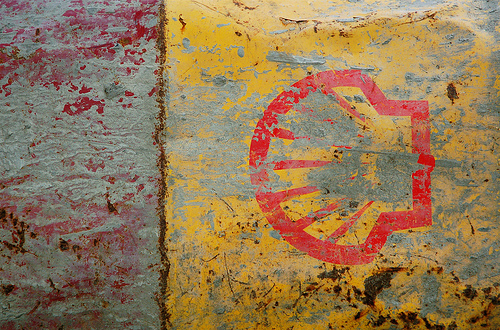 Yet the fact that Shell settled the day before the trial was due to begin is indicative of the firm’s distaste for either the publicity that court proceedings would create, or the culpability that might be uncovered. END_OF_DOCUMENT_TOKEN_TO_BE_REPLACED

Aid during the downturn

A few days ago the House of Commons International Development Committee released its latest report (entitled Aid Under Pressure: Support for Development Assistance in an Economic Downturn) and there are a few points which might be of interest to Global Dashboard readers.

As its title would suggest, the report focuses on the impact of the financial crisis on international development efforts. It opens on a grim note with the news that DFID estimates that by the end of next year 90 million more people will be living in extreme poverty as a result of the crisis. Moreover, the WHO believes that up to 400,000 additional children could die as a result. The International Development Committee adds that progress towards the MDGs may have been set back by up to three years.

A major point made in testimony given to the Committee was that initial expectations that the developing world would be insulated from the impact of the crisis have proven false. Whilst the contagion effect of the crisis has only directly harmed western economies, the indirect knock-on effects have applied pressure to transnational business flows worldwide. The World Bank reports that of the 107 counties it categorises as ‘developing’, 40% are ‘highly exposed’ to the downturn.

Unsurprisingly-though quite rightly-the International Development Committee’s response to all this is to insist on the importance of maintaining ongoing aid commitments, as agreed at the G20 summit in July.

Aside from that, the issue of tax havens is highlighted and it would seem that the British government is increasingly committed to making progress in this respect. Gordon Brown in particular has been forthright on this issue, but his government seems somewhat hamstrung at present and we shall have to await developments.

In the wake of the London Summit, institutional reform is back on the agenda. The need to overhaul the IMF and World Bank, particularly in regard to apportionment of votes within those organisations needs to be a priority for the post-crisis politics of global governance. Indeed, reform has been presented as a condition for the boost to IMF funding that the G20 agreed upon earlier this year. Broader questions of operational versatility are also important. In these respects, the Committee’s report is strong on good ideas and analysis, but light on suggestions for how Britain can help bring about the desired changes. For that perhaps we need to wait for the DFID White Paper due later in the summer.

On a seemingly superficial note, the Committee proposes that DFID’s name be changed and puts forward ‘British Aid’ and ‘DFID UK’ as possibilities. The intention, it seems is to increase the ‘visibility’ of UK international development spending. Of course, DFID does a lot more than aid, so I think we can immediately dismiss the first suggestion. As a reserved Brit, the idea of being so brash as to use ‘UK’ on international development work is too reminiscent of the US tendency to splash the Stars and Stripes on aid parcels. It seems… immodest, somehow. But it might be a good idea all the same – US aid is part of its soft power and in the same way, the work of the Department for International Development has the potential to be a significant contributor to British attempts to win ‘hearts and minds’, particularly in countries like Afghanistan. After all, the Committee’s report points out that DFID is the largest donor to the World Bank’s International Development Association. Maybe blowing our national trumpet more boldly isn’t such a bad idea. Though one wonders if there isn’t a snappier name out there somewhere – suggestions welcome, of course.

Spreading the wealth to evade the Dutch disease

Yesterday’s Financial Times featured an interesting proposal from Martin Sandbu and Nicholas Shaxson, aimed at evading the so-called ‘Dutch disease‘, in which high rents from valuable natural resource extraction can seriously undermine domestic manufacturing and agricultural sectors, as well as encouraging corruption. The proposed solution is that governments in developing countries should divvy up any revenues between the citizenry. According to Sandbu and Shaxson, this should mean that:

instead of fighting each other for oil rents, political elites would have to bargain with the people for tax revenues. If the government did not tax everything back, direct distribution would dram­atically transfer wealth to the poor. This has nothing to do with privatisation: the government could still get funds for roads and schools – but with pressure to spend the money well.

Now, to me, that sounds like a pretty solid and progressive idea. But I’m not so great at spotting potential unintended consequences in the long-term. I’m (rather pessimistically) assuming there must be some. That being the case, perhaps this should be thrown open in the comments section – can any readers spot possible flaws with this plan?

Here in Britain, the fallout from recent revelations about MPs’ expenses continues. Meanwhile, it seems that World Bank officials have been up to similar tricks. Admittedly we cynics may scoff at their lack of imagination – after all, they haven’t been buying birdhouses or maintaining their moats with public funds. But Peter Bosshard at International Rivers, reviewing a book by former Bank staffer Steve Berkman, highlights some dubious claims all the same (hat tip: Bretton Woods Project). Berkman’s book:

reports how Nigerian officials charged $2,200 for 18 cups of tea and snacks at a roadside stall under a World Bank loan (and got away with it). A project office with eight staff in the same country charged a switchboard for 60 telephones, 48 air conditioners, 14 shredders and 12 refrigerators to the operating expenses of another Bank project – all at prices well above the going market rates. They also claimed expenses for television and video sets at 249,999 Naira apiece – more than ten times the equipment’s street value, but just one Naira less than the amount which triggers stricter controls.

Few will be surprised to hear about World Bank money disappearing – Berkman quotes an internal report which found that ‘stealing from Bank funds is the rule, not the exception’. But all the same (and perhaps I’m being naïve), one would have thought that World Bank employees would have enough problems with the endemic low-level fraud that their organisation is known for, without contributing to it themselves. Of course, unlike British parliamentarians, World Bank officials aren’t politicians and being insulated by their institution, will never have to face the wrath of the public.