Elites claim we’ve persuaded them to fight inequality, but it’s only activism that can make them do it

The words we never thought they’d say have recently turned from a trickle into a mighty river. The very building block of any decent society, commitment to reduce inequality, which governments had rejected for decades, has now become the cornerstone of official policy. We in civil society pinched ourselves when the IMF started saying it. This week even the G7 – yes, them – have joined them. Has our dream come true? 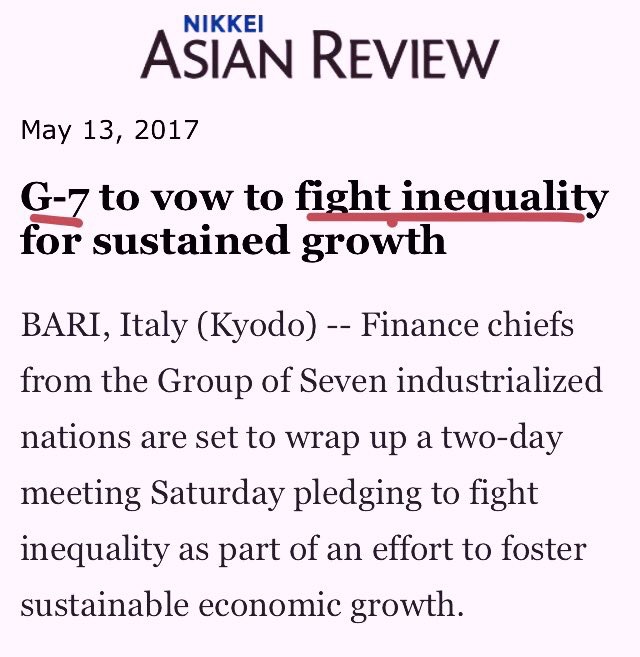 Both wings of the rivalrous South African government now say that they are focused on tackling inequality; elite opinion-leaders from the FT to Davos regularly beat the anti-inequality drum; the European Union says reducing inequality is key to its own and global harmony; Indonesia’s President says it’s his top priority; even the world’s richest men highlight rising inequality as a threat to stability and progress. New French President Macron declared at his inauguration that social division has driven extremism, and that to heal the divisions the government must fight inequality.

Social division has driven extremism in France, to heal the divisions we must #fightinequality, *says President Macron*. Hold him to that. pic.twitter.com/Zcb9mURmZu

That such statements would be made was once seen as an overly ambitious advocacy goal. It has been more than passed. And yet government actions to tackle inequality are like flowers in a desert. Try listing every country that has signed up to fight inequality under the UN Sustainable Development Goals, and you will run out of breath. Try counting every government taking the action that ensures a markedly more equal society within their term of office, and you won’t need to use more than one hand. We are feasting on words and fasting on delivery.

This is partly because the current crop of world leaders are a poor imitation of better days. At a recent pan-Africa feminist meeting I attended, no one there felt they could name any current leader who matched Sankara, Mandela, Lumumba or Machel. And in the North, well, let’s just say that Americans have started saying they miss George W Bush. Yes – him. Our leaders will not lead us. But it is also because even when leaders are more inclined to change they cannot act without the wind at their back that civil society can give them. Remember how President Lyndon Johnson told Martin Luther King “I know what I have to do, but you have make me do it.” Politicians are currently under so much pressure from the ever more powerful 1% that, if they are well-intentioned, they need our pressure. And if they are not, well, we need to pressure them even more.

As a person who came from the mainstream NGO advocacy tradition, part of my own journey has been one of unlearning, of realising that the most important change isn’t brought by the professionals but by the amateurs. As friends from Kibera who stopped a slum eviction told me when I asked them how they did it, “we have no other home to go to.” Former Greenpeace Director Kumi Naidoo put it to me this way: “we’ve spent too many years looking upwards at governments, we have to change our gaze and focus on people’s mobilisation.”

This is why, in the #fightinequality alliance I am part of, we do less “lobbying” and more mobilising and organising. The most important change happens from the ground up. People gather in a circle, see that they are not alone, and start to talk. And from that the most powerful actions build. The change we need won’t be given to us, it will be fought for by us.

The leaders are there – but they are not in government. My hope these days comes from young civil society leaders like Aya Chebbi from Tunisia who was part of the Tunisian revolution and is now challenging the IMF restructuring of her country; Lamin Saidykhan who helped found Gambia Has Decided which toppled Jammeh and now leads support for youth activism to fight inequality across Africa; Brian Matyila who helps lead Fees Must Fall and also fights for LGBT rights; and Brazilian youth activist Lira Alli challenging austerity. Through the #fightinequality alliance they are learning from, and teaching, leaders who have led struggles for decades like Anti-Apartheid activist Jay Naidoo who hosted the first global #fightinequality gathering and Filipino debt campaigner Lidy Nacpil who hosted the second. Change is always collective, never individual, and the folks I’ve just mentioned would modestly point instead to other names. This is great – we are leaderful. I list these few to say that if we are looking for leaders, we will find them – but it is more likely nowadays we will find them active on the ground and not in the corridors of power.

Despite the claims of the elites that we have persuaded them to fight inequality, we are in a period that in the short term will likely see it get worse. In many respects, we have entered a dark tunnel, but it is one we will get through, and it is the fire of courage of activists which will light the way. The social movements who constitute the #fightinequality alliance have been out on the streets in the Philippines, Brazil, South Africa, the US and elsewhere challenging the policies which favour the 1% and hurt the rest. Together social movements are building a collective power that can shift power. And when that starts to happen, we really will have won. 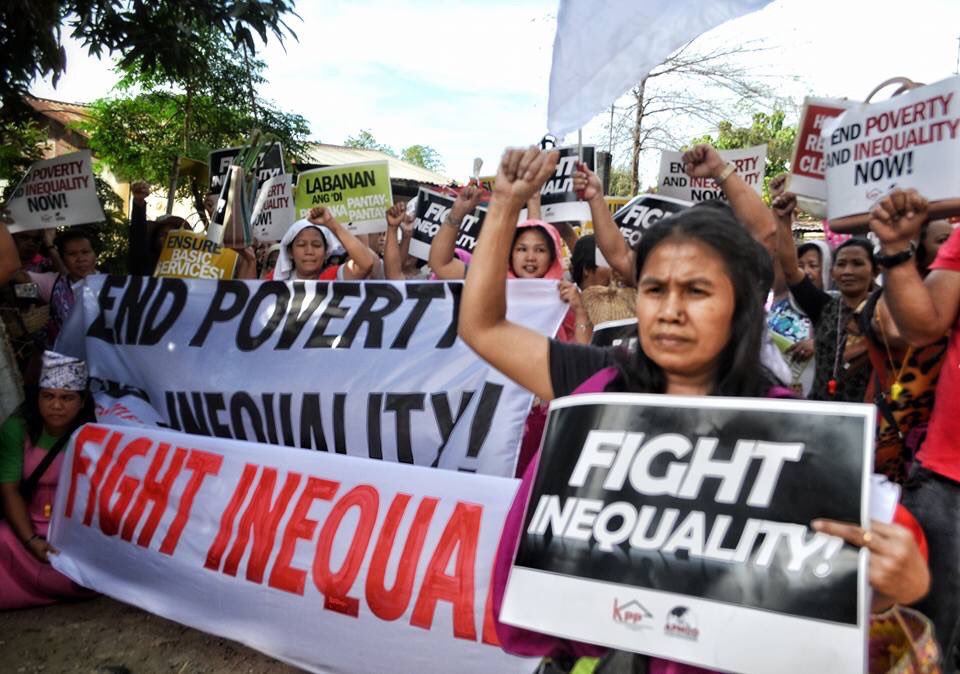