Over the years I’ve frequently been a source of amusement to my wife Emma, but rarely more so than when I came home from work at DFID one day a decade or so ago and recounted to her a particularly mortifying interaction I’d had with the IT department. My computer had gone on the fritz during a password update, and in order to resolve it I’d had to tell the tech support guys my old password over the phone – while a senior official was in the room. Imagine my joy as I had to spell out “f-u-c-k-i-n-c-r-e-m-e-n-t-a-l-i-s-m” while my visitor attempted and failed to stifle their mirth.

Although I use slightly more discreet passwords these days, I’ve still never really drunk the Kool-aid on change that happens one step at a time, at a grindingly slow pace, measurable in decades. Which can be a rather frustrating worldview when you work on global climate policy – but, now and again, a deeply satisfying one when you get out and see real development happening in real places at unreal speed.

And it turns out that it looks like this: 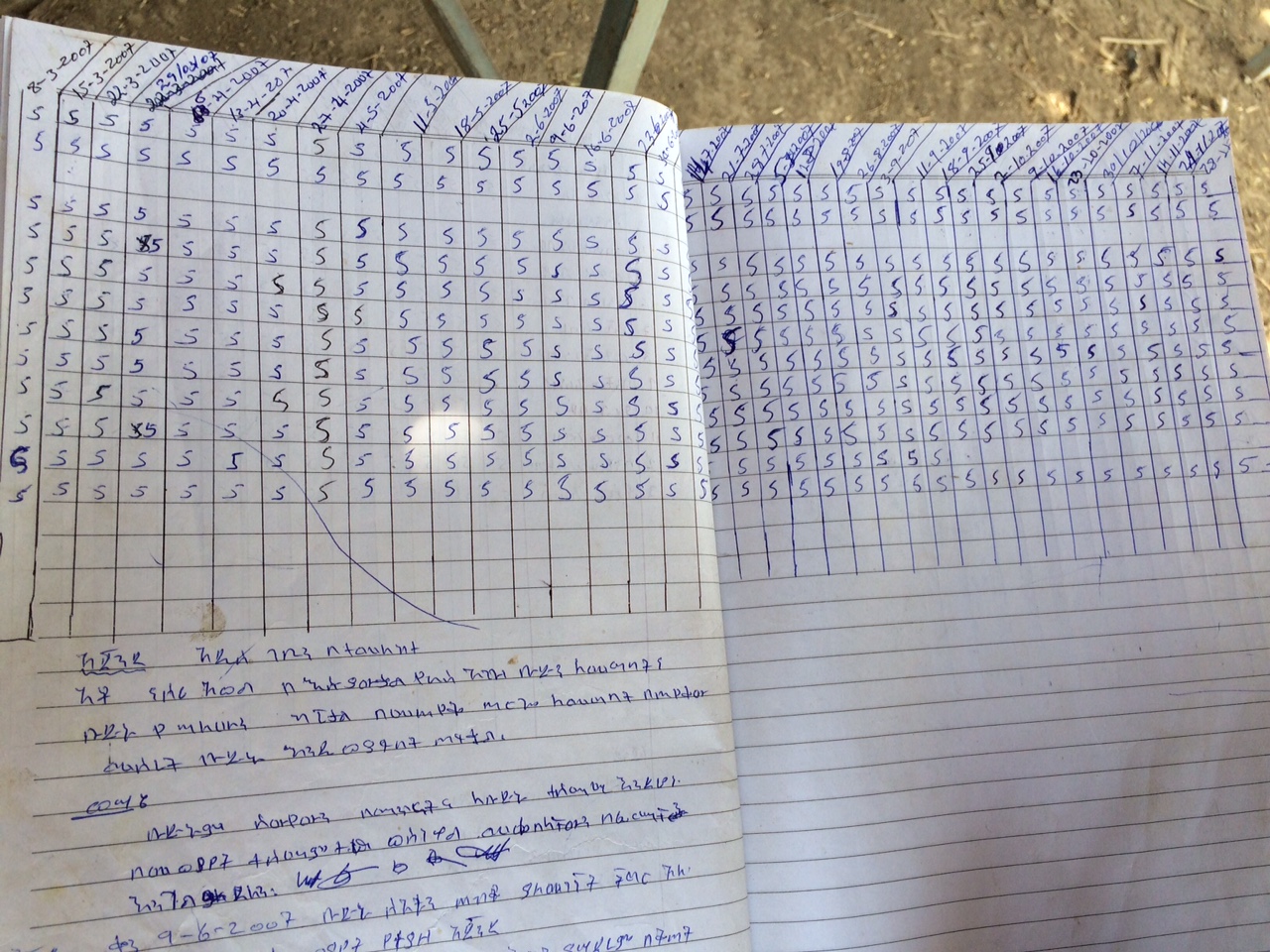 Each row belongs to a woman who’s a member of a Self Help Group in a village near Nazret in Ethiopia. Each column is one of their weekly meetings. And each of those number ‘5’s is five birr that each member saves, week in, week out – about 15 pence.

Not a lot, but you’d be surprised what happens next. Right away, the women can buy their food in bulk at a big discount. More importantly, they can each start borrowing money from the self help group and diversifying their income. At first in tiny ways – by buying sand and concrete to make fuel efficient cook stoves and then selling them on, or by financing setting themselves up as a baker rather than a day labourer.

By the time a group’s been around for a few years – like the group I saw the following day in Adama town – it’s all kicked off. Members of the self help group are saving ten times as much. They’re putting money aside into a social insurance fund in case one of them gets sick or has an accident. And they’re taking out loans at a much bigger scale – to buy cows and sell the milk, or build a house extension and letting out the rooms, or buy a taxi, or (in one case) open a tiny pool hall. They talk in terms of capital adequacy, and rate of return, and business plans. They say their next step is to go into business together to set up a livestock operation. I believe them.

In every single case, these are people who were targeted in the initial outreach because they were the very poorest of the poor – the hardest to reach, the most vulnerable, the ones living on a single meal a day if that. Now they have smartphones, sofas, little houses. Some of their kids are in higher education.

But here’s the thing: they all say that the money’s not the point. They’re evangelical about the saving, don’t get me wrong. But they all say that the thing that’s really changed their lives is the relationships with each other. (“We’re family now.”) The trust they have in their group. The shift in their relationships with their husbands as they’ve stopped being dependent and started being income earners. Above all, the power – to make change happen, rather than have it as something that happens to them. (“We used to be so timid.”)

This is designed in. Each group draws up its own bye-laws; although a facilitator is on hand to help, no one tells them how to run themselves. Everyone takes turns drawing up the agenda, chairing the meetings, summing up the discussion. Groups self-assess their members on confidence and articulacy. They hold themselves to account. They charge themselves penalties if they’re late.

So guess how much aid it costs to run each Self Help Group?

A pittance. And according to one cost-benefit analysis the rates of return are £173 for every £1 spent – an almost unbelievably high multiple, among the very highest available for any development project.

To a large extent, these groups are self-financing. True, it costs money to run networks of facilitators in areas where mature clusters aren’t in place yet – but these are met primarily by local church or community groups. When I first heard about Self Help Groups in Ethiopia I thought they were a form of social protection. Having visited them, I realise it’s the opposite. This has nothing to do with welfare.

I’m not a program expert, nor a monitoring and evaluation nerd – but I’ve visited a fair few development projects over the years, especially when I was at DFID, and I’ve never seen anything like this. This isn’t a project, it’s a movement – there are now 25,000 Self Help Groups in Ethiopia, and they’re multiplying like yeast. And it is absolutely, categorically, totally transformative.

All this has happened in large part because of work that Tearfund, a Christian development NGO, has been doing with local churches over the past nearly two decades. And when you talk to Tearfund’s country head, Keith Etherington, you get a strong sense that you’re still only seeing the opening act of this story.

This is some of the most impressive development work I’ve ever seen, and it’s being done on a shoestring – and with more funding, much more can be done to roll this out across the country. If you’re planning on giving money to anything any time soon, I simply cannot imagine a better rate of return than this.