What’s mined is yours 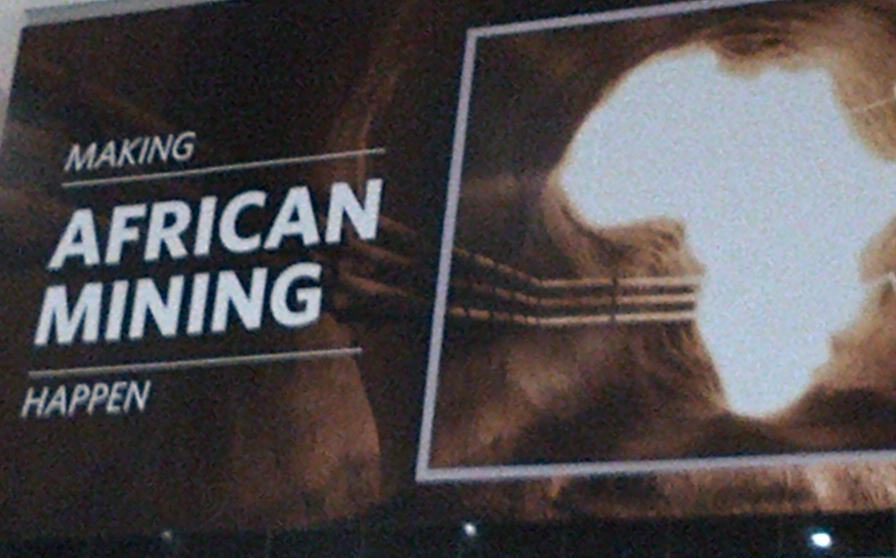 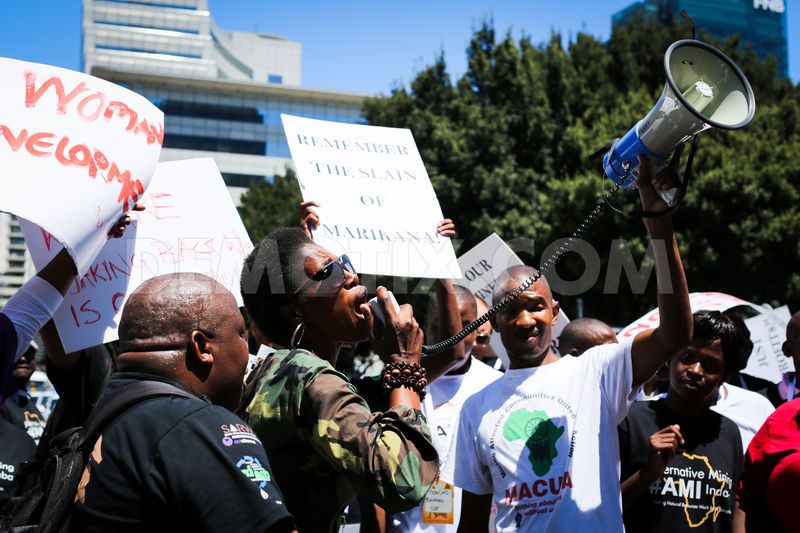 They call it an “indaba” – a word in several African languages for a gathering where a community gets together to resolve the problems that affect them all. But it is no community meeting – it is the world’s largest meeting of the mining industry, where the rich and powerful from across the world gather in a plush Cape Town conference centre to determine where will be mined and who will get the money. It is a meeting, in its own words, “dedicated to the capitalisation and development of mining interests in Africa,” at which “a powerful group … make the vital relationships to sustain their investment interests”. In the front rooms the delegates are entertained by Goldman Sachs, Dambisa Moyo and Tony Blair. In the back rooms mining corporations meet to cut secret deals with friendly governments and pressure any governments who have started making trouble.

Through the huge glass windows the delegates can see protests. But they don’t get to hear what the protesters have to say. They dismiss them as anti-mining, anti-progress. It is easy to complain, argue the mining indaba attendees, but would you really want an end to all mining?

No, say campaigners, who gathered in much less comfortable surroundings a few miles for an “alternative indaba”. When I get to hear the stories of some of the participants of the alternative indaba I get to understand that theirs is not a case “against mining” but for accountability. The problem they highlight is not the existence of mining but a harmful imbalance of power that renders mining corporations a law unto themselves. Here’s what I heard from activists from across Africa:

“The sharing agreements on mining deals in our country are secret. So we the public don’t know what our national wealth has been sold for. After pressure, permission was given to MPs to view these long and complicated agreements in a specific room for a set period of time without taking notes, so we’re starting to get a picture but we can’t get final confirmation. From what we’re seeing it looks like a really bad deal indeed – which is why it is secret in the first place.”

“Our laws require that a set percentage of the proceeds must go to the community, yet we find places where the mining company has now finished and left, the environment has been trashed, and the community’s share was never provided.”

“Many of our officials and ministers and their family members are private shareholders or on the pay of the mining corporations, officially or unofficially, so when we challenge the corporations we are challenging the government.”

“The fines for mining companies who break the laws are so low that the mining corporations happily factor them in as a cost of business.”

“When we revealed illegal water pollution by a diamond mine, it was not the mining corporation who were arrested, but us.”

“Our government is finally standing up to mining corporations and demanding they pay their fair share of tax. But neighbouring governments have shown absolutely no solidarity. The AU has to work much more closely together. We cannot have a race to the bottom.”

“When you start to engage the mining corporations you hope to change them, but if you are not careful they can end up changing you. After we criticised a mining corporation they invited us for a tour so, they said, we could see that they were not as we had said. At the end of the tour they tried to present us with gems ‘as a souvenir gift’. We told them we were not allowed to accept hospitality. The message was clear.”

Campaigners are asking governments to hold mining corporations to account for: open, transparent, agreements so citizens know what is happening with their national wealth; paying their fair share of taxes; free, prior and informed consent, so that acquiring communities’ land requires that communities agree; paying fair wages, protecting workers’ health and safety and respecting workers’ rights to organise; and obeying environmental laws. And they are demanding that mining corporations stop their lobbying for a lowering of these basic standards.

That’s not a charter for the end of mining. It’s a proposal that would ensure that mining really did benefit the people from under whose feet the wealth is taken.

Extreme inequality of wealth has fostered an extreme inequality of power. The widening gap and imbalance of power between the richest and the rest is warping the rules and policies that affect all of us in society, creating a vicious circle of ever growing and harmful undue influence. The mining industry’s new Scramble for Africa is making this worse.

The current imbalance of power means that governments, who should be overseeing corporations and protecting citizens, are instead protecting corporations and overseeing citizens. What should bring prosperity is bring instead bringing misery, and legitimate challenge to the mining industry is being met not with answers but with brute force, the violence of the entitled 1%. 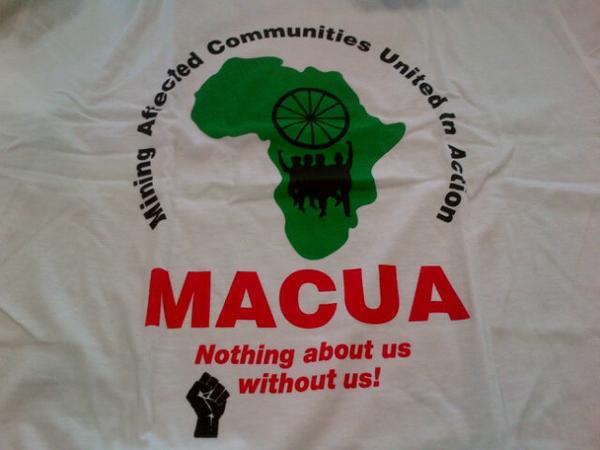