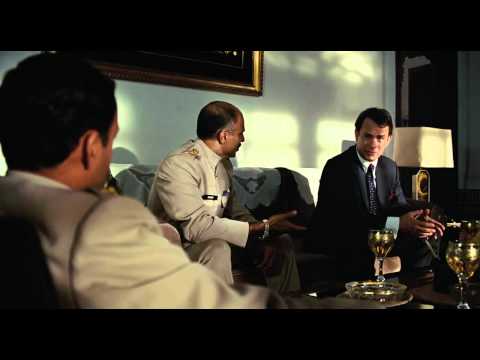 A pretty good summary, one imagines, of how the UN Secretary-General’s team reacted when David Cameron let them know that former Health Secretary Andrew Lansley was to be the UK’s nominee for UN Emergency Relief Coordinator and Under Secretary-General for Humanitarian Affairs, a post traditionally held by the UK.

Let’s take a moment to have a look at Andrew Lansley’s CV, from his own website:

Now, since I’m clearly missing something here, perhaps someone would be kind enough to explain to me what would lead David Cameron to conclude that someone with this CV would be qualified to run the UN’s humanitarian relief and emergency response system at a time when it’s coping with ebola and coordinating no fewer than four L3 emergencies (Iraq, Syria, CAR, and South Sudan) – which is more than ever before?

Put aside the fact that the appointment should obviously be merit-based; put aside the point that if the UK is determined to hang on to the post, then a better option might be, oh, I don’t know, call me crazy here, the former UK foreign secretary who now runs a major global humanitarian relief agency.

Put aside the truly incredible political Christmas present that David Cameron is giving to Labour, by taking an until-now pretty respectable record on global poverty and essentially setting fire to it before a group of startled bystanders, shortly before a general election.

And put aside the fact that the UK will make itself look ridiculous to every other member state of the United Nations by appointing to the post a person who manifestly has no qualifications for the job other than the fact that David Cameron owes him a favour.

Instead, just pause for a second to remind ourselves who this job, and the system it runs, is actually about: all the kids in refugee camps or schools made out of tents or makeshift hospitals. They deserve better than this kind of political patronage over such a crucial post.