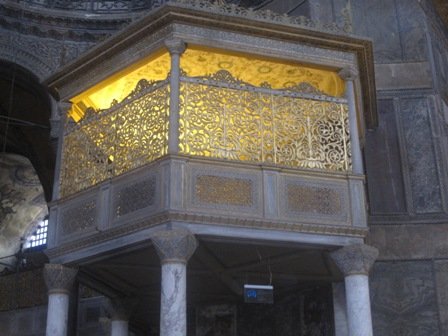 During my annual visits to Turkey over the past fifteen years, I have taken a great interest in the country’s development. My wife was born in the southern town of Iskenderun, and most of her relatives still live either there or in Izmir or Istanbul. I have seen how many of those relatives have prospered economically over the past ten years having struggled greatly before that, and also how they have grown increasingly frustrated with the government that has helped create that prosperity.

I should say that most of those I have spoken to about Turkey’s progress (or in some areas lack of it) live on the coasts, where secularism is strong and where people value highly the freedoms Westernisation, since the time of Ataturk, has brought them. I have also had long conversations with Kurdish students, but very little dialogue with the religious conservatives from the interior who form the bulk of the governing AK Party’s support. Despite this deficit, however, I have usually found myself arguing in favour of the AKP’s record in often heated discussions with the secular liberals with whom I spend most of my time. My support was based primarily on economic arguments – and I accept that money isn’t everything, but it’s pretty important if, like too many Turks in the early 2000s, you are struggling to put food on the table – and I was also unconvinced by the secularists’ prediction that under AKP rule Turkey would soon become a new Iran.

The recent unrest, although predictable, has forced me to question my stance. While it is true that Turkey is nothing like Iran and that those fears have not been borne out, the heavy handed response to the protests by the police and the brittle reaction from the prime minister Tayyip Erdogan are indications that the government has taken an authoritarian turn. The decision to ban alcohol purchases in shops at night also seemed needlessly provocative (you can still buy drinks in bars) in a country where a significant minority of the population is convinced that it is on its way to theocracy.

I will be visiting Istanbul next month for a wedding, and have been told to expect an ear-bashing from my secular friends, many of whom have joined in the protests. So I thought I’d better arm myself – and work out whether my praise of Erdogan was misplaced – by gathering some data on how the country has done since he came to power in 2003. I looked at the economy, quality of life indicators such as health, education and equality, and the controversial topics of freedom of speech and corruption which fuel much of the criticism of the prime minister. I relied on the most recent available data from the World Bank, Freedom House and Transparency International. My research didn’t cover the harder to measure impacts of events such as the PKK ceasefire, Turkey’s support for the Syrian rebels, the reduction in influence of the military, or the jailing  of army generals in the Ergenekon affair. I hope I haven’t been too selective with the indicators I’ve chosen, but here’s what I found:

So take your pick. If the past is a guide to the future, those Turks who support the AK Party will seize on improvements in incomes, corruption, health care, education and poverty reduction, while those involved in the recent protests will point to recent declines in freedom of speech, limited advances in reducing income inequality, mixed results on gender inequality, and Turkey’s rather sluggish rise up the Human Development Index, which compares Turkey’s progress with that of other countries. To me, although there is clearly much work to be done, the balance still looks favourable. It is to be hoped that the protests will act as a constraint on Tayyip Erdogan’s authoritarian side and inspire him, with the help of all Turks, to make even stronger efforts to advance the country’s development. In the meantime, I shall be taking a flak jacket along with my gas mask when I visit next month.