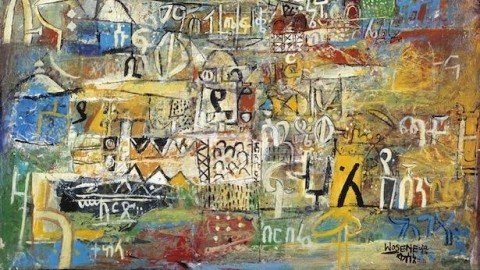 Language is one of the most neglected areas in the development field. It barely registers on any agenda to help poor countries despite its importance to a number of crucial areas and it being a barrier to progress in many fragile states. Why is this?

Language is how individuals communicate, acquire knowledge, and work with others. It is how societies pass on culture and institutions, import new ideas and technology, and forge links among members. It can unite as well as divide, act as an instrument of empowerment as well as a barrier to advancement, and influence how societies evolve.

In the least developed countries, language policy should have two basic aims:

1) Maximize the ability of a population to acquire knowledge so as to increase education levels and productivity;

2) Maximize the cohesion of a population so as to increase its ability to cooperate to promote national development.

These are among the most important issues facing fragile states, which are typically plagued by social divisions and low education levels.

Yet, many countries have policies that work against both these aims. By using an official—European—language as the basis of education and government, they entrench elites in power, and reduce the ability of the general population to acquire knowledge. Half a century after colonialism ended in Africa, for instance, English, French, and Portuguese still matter much more than African languages in most countries even though they are not well spoken by the rural population and urban underclass, which consists of the majority of people. The disadvantages the poor face directly contribute to the stark inequities and social divisions that plague such countries.

The Disconnect Between Language and People

Such policies hold back whole countries by undermining indigenous cultures and knowledge, and forcing people to become dependent on imported institutions, language, and concepts that they are unfamiliar with. As Kwesi Kwaa Prah, Director of the Centre for Advanced Studies of African Society in Cape Town, argued in a Background Paper for the 2004 Human Development Report, it is in local languages that

Africans display their core abilities and creativity within their environments. . . . These languages represent the socio-cultural and historical repositories of the overall cultural patterns and usages of African people. In other words, African languages are today possibly the most crucial factor in the propagation and development of culture, science and technology based on known and historical foundations rooted in the practices of the people. . . . African development projects and efforts have the greatest chance of success if innovative ideas and their communication are couched in indigenous languages, which reach the rural masses more immediately and more directly.

The disconnect between language and people is not unique to Africa. Many postcolonial states that have elites who see the poor not as a brethren to be uplifted but undesirables meant to be kept down and who see the maintenance of European institutions as crucial to preserving their rule have had similar problems. Few Latin America countries promoted indigenous languages until recently. The Pakistan elite prefers English (and Urdu) to Punjabi, Sindhi, Pashto, and Baluchi. Minorities—such as the Berbers and Kurds in North Africa and the Middle East—are disadvantaged whenever the dominant ethnic group suppresses their language.

A Language Strategy to Promote Development

Of course not all languages have enough speakers to be made a priority. But those with millions of speakers—such as Hausa and Punjabi—ought to play a crucial role in education and government. And an effort to harmonize languages which enjoy a high level of mutual intelligibility into a common standard (something many European countries did in the 19th century) will increase their potential for wider usage and provide economies of scale for writers, publishers, and translators.

Investing in translating and circulating important foreign books will increase the attractiveness of local languages and allow a larger number of people to access knowledge. The Arab world, for instance, needs to invest far greater resources in Arabic translations of science, technology, and literature translation.

More inclusiveness with language will create more inclusive regimes, open to more citizens, and more geared to the needs of the general population (rather than just the elites). If handled properly, it will promote social cohesion and engender greater state legitimacy. It might even improve governance by making state institutions more accessible.

In the short term, governments should make far greater use of the most important local languages. They could, for instance, use them for primary education and introduce a plan to adopt them for greater use at the regional level. In the long term, policies should seek to realize the use of these important languages at all levels of education, within parts of government, and in all areas of social life. In divided countries, there may continue to be a role for colonial languages at the national level and in some universities. But such languages should not be the dominant force in society.

India, for instance, has emphasized the use of the mother tongue as medium of instruction in schools, leading to 41 languages being used in the classroom in one place or another. States are organized according to language to maximize the use of the largest tongues. The most widely spoken local language—Hindi—has the same status as English at the national level. Media of all types—from newspapers to books to movies—proliferate in local languages. Although English plays an important role at the top of society—both advantaging the country in international competition while disadvantaging lower classes who don’t have easy access to education in it—it is not alone.

In contrast, in most of Africa (and places such as Pakistan*) it is hard to imagine a non-fluent speaker of the colonial tongue rising to an elite position in government. There are few successful novels, few advanced education opportunities, and few newspapers in African languages.

As I wrote in Fixing Fragile States:

Instead of forcing whole populations to learn foreign languages, much greater effort should be made to translate world knowledge into major indigenous tongues such as Arabic, Hausa, and Punjabi. . . . Certainly, no society that has successfully developed has depended as heavily on foreign resources, foreign political models, foreign languages, and foreign laws as fragile states typically do today.

All successful developing countries have depended on their own language and sociocultural base for development, importing Western ideas and technology as needed, and integrating these with local institutions in a hybrid manner.

Many in Africa (and elsewhere) understand this, but in contrast to places such as Indonesia, where language policy has planned a prominent role in nation building and education from early on, few countries have sought to use language policy to promote inclusive development.

Elites Stand in the Way

Elites have often stood in the way of such change, seeing it as both a practical threat to their positions in society as well as a psychological threat to their own self-image as replacements for their former colonizers. As Dr. Peter P. Ekeh, professor at the University of Buffalo, explained in his oft cited 1975 article on “Colonialism and the Two Publics in Africa”:

The Japanese do not strive to speak English or French as well as an Englishman and an American or as a Frenchman. They see themselves as different from them. The African bourgeois, born out of the colonial experience, is very uncomfortable with the idea of being different from his former colonizers in matters regarding education, administration, or technology. One suspects that he is unconsciously afraid that he may not be qualified to be an effective replacer of the former colonizers.

Although ethnic and religious divisions often plague postcolonial states, the gap between elites and their populations can be worse. As long as elites use their control over language policy and state institutions to entrench their position at the expense of the population, their countries are unlikely to reduce their great inequities and social divisions, unlikely to improve their governance, and unlikely to inclusively develop.

* It is worth asking whether Bangladesh’s much better record in promoting social development when compared to Pakistan has anything to do with its far greater use of a local language that is widely understood. Certainly, the greater social cohesion this has spawned has something to do with it.