Will the Eurozone crisis finally get EU leaders to address its democratic deficit? 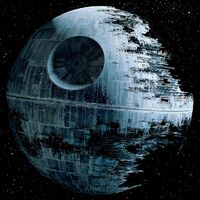 The FT has this as lead story this morning:

The European Union would gain far-reaching powers to rewrite national budgets for eurozone countries that breach debt and deficit rules under proposals likely to be discussed at a summit this week, according to a draft report seen by the Financial Times. The proposals are part of an ambitious plan to turn the eurozone into a closer fiscal union, giving Brussels more powers to serve like a finance ministry for all 17 members of the currency union.

First, it’s welcome that we’re finally seeing evidence of some seriousness of thinking in Europe about what it will take to get through this crisis, rather than the crappy one-step-at-a-time incrementalism that’s characterised everyone’s response so far.

Second, this probably is a necessary component of a solution that will actually work, if the plan is to keep the Euro going.

Third, if this did happen, note the distinction that would then exist between the EU and US approaches: in America, the consequence of fiscal irresponsibility isn’t to pass the back up the chain (to the federal government), but rather to throw it down the chain (hence how many cities and municipalities are facing bankruptcy).

Fourth, Commission staff must be almost fainting with excitement at the idea of so much power shifting to Brussels.

Fifth, if EU leaders did decide they were willing to contemplate this major shift, then they would have to get serious, at last, about Europe’s democratic deficit. For all that NGOs love to paint the IMF as anti-democratic, actually countries do face a choice about whether to seek an IMF bailout (with conditions attached, yes) or not. Under this proposal, if I understand it correctly, EU states who’ve messed up their finances would not: they would have no option but to shape their budgets according to the wishes of a bunch of unelected bureaucrats in Brussels. Hard to see that working out as a politically sustainable arrangement.

Sixth, if EU leaders were to get serious about Europe’s democratic deficit, then we’d be straight back to the whole circus that was the attempt to agree a European Constitution last decade. Open question: is the Eurozone crisis serious enough that the French and other European electorates would be better disposed to such an agenda now than they were in 2005?