1. Did Samuel read Albarelli’s book or speak to him? [Albarelli says he wasn’t called by the Telegraph.]
2. Did he speak to Kaplan or any other sources?
3. Does he accept that the Telegraph plagiarized the Times?
4. And shouldn’t he set the bar a little higher before publishing stories of this type?

As an added bonus, enjoy LSD a Go G0, a short film from 2004 that Albarelli says he contributed to. 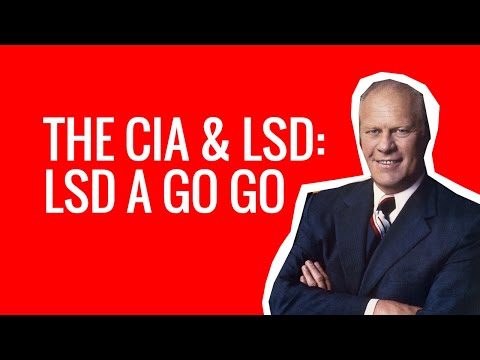 Update II: The Atlantic rounds up some more sceptical reaction. James Redford points to a contemporaneous account from the British Medical Journal which blames what is still thought to be the most likely cause – ergot poisoning.

Symptoms lasted for a fortnight or more in some people, despite what was believed to have been just a single day when infected bread was ingested. The worst symptoms appeared after six days and included ‘severe delerium’ in 25 cases:

Towards evening visual hallucinations appeared, recalling those of alcoholism. The particular themes were visions of animals and of flames… The delirium seemed to be systematized, with animal hallucinations and self-accusation, and it was sometimes mystical or macabre. In some cases terrifying visions were followed by fugues, and two patients even threw themselves out of the window.

After fifteen days, four people had died – three were elderly, but one was only twenty-five years of age.

According to this review, however, Kaplan report that ergot was finally dismissed as a cause, but that other potential contaminants in the flour (mercury or bleach, for instance) were suspected. The book sounds like a fascinating study of France in the long, hard years after the war:

Rationing had ended just two years earlier, but bread was still under tight controls to keep the prices low. The cost of living was very high and the quality of a great many foodstuffs, principally that of bread, remained nearly as bad as during the Occupation… The dirigiste nature of [the distribution] system meant that the bakers were assigned to specific millers, something they detested…

As the daily baguette tended to be lousy long after the Liberation, disgusting flour and grey or bad-smelling bread did not necessarily set off the alarms that it would have in better times.

In the same year as the collective poisoning in Pont-Saint-Esprit, there were quite a few instances of food-borne illness around the country: 110 people in Eure-et-Loir got sick from eating horsemeat; three people died from tainted pâté du foie in the Ruhr; contaminated powdered milk sickened many children in Metz.

Update III: In Wired, David Hambling writes about the CIA’s ‘obsession with LSD’, citing an account by Dr David Ketchum, who led the military’s experiments with the drug.

In 1953, the Agency attempted to purchase ten kilograms of LSD, supposedly for testing purposes. This was enough for over a hundred million doses. They were informed that the total amount manufactured was only ten grams.

However, on a Monday morning, a rather curious incident occurred. Ketchum found that his office had acquired a new piece of furniture, a steel barrel like an oil drum in one corner of the room. At first he ignored it, but eventually curiosity got the better of him, and one evening when he was along Ketchum undid the fastenings. The barrel was packed with jars:

Neatly labeled, tightly sealed glass canisters, looking like cookie jars, filled the entire drum. I cautiously took one out and examined it. According to the label, it contained approximately three pounds of pure EA 1729 (LSD).

Ketchum estimated that the barrel contained at thirty to forty pounds of the drug, a few hundred million doses and with a street value of something like a billion dollars. The sort of amount the CIA had been after. Ketchum was not given any explanation for the giant stash, and on the Friday morning it had disappeared as mysteriously as it arrived.

Allegedly, the CIA ran brothels (!) in New York and San Francisco to experiment on unwitting punters. This from a 1977 Time exposé of Operation Midnight Climax (really), which Time sources to Senate testimony:

At night, women lured men to the hideaways and fed them LSD or marijuana, while other men watched the action through two-way mirrors and tape-recorded the sounds.

Scenes from seamy bordellos? Havens for desperate voyeurs? No, these were taxpayer-financed operations of the CIA, which was experimenting with drugs during the 1950s and ’60s in a project with the sophomoric code name Midnight Climax. The women, apparently moonlighting prostitutes, were paid $100 for each assignment by the CIA. The operation, conducted by CIA alchemists from 1954 until 1963, was part of a quarter-century hunt for a psychogenic philosophers’ stone. The purpose was to discover the secret of brainwashing, to protect U.S. agents and gain control over enemy spies.

Update IV: I think it’s safe to say that I don’t impress Albarelli that much. We had a fairly cordial exchange of emails and a somewhat bewildering phone conversation, but he also asked for this to be added to the story [my comments in square brackets]:

I’d simply like you to insert somewhere in an strongly observable spot a notice that you have never read or seen the book in question [obvious from my post – nor had the Telegraph]; that you declined the offer of a free copy from its author [false]; that you declined a discussion with the book’s author [false – and we subsequently talked]; that you were flat out wrong about its publication info [true – and already corrected]; that you’ve been offered exclusive info and declined to accept it [???]; and that you really have no clue about what you’re writing about on the subject [insert joke here].

And that yet you still maintain this mission to reveal the sloppiness of the media when in all actuality the only real ‘mistake’ of sorts is that the press worldwide did what they’ve done for the past 100 years. In a nutshell, I think you’ve lost your sense and purpose of mission and offered your self up as a major player and example in the entire story. But that said, I’d be happy to guide you out of it.

And there, for the while at least, we’ll leave it.