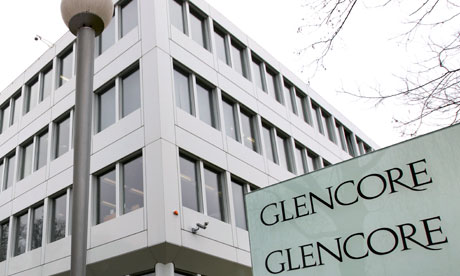 Finally, campaigners have found the villain they’ve been looking for on speculation and food prices. Watching them saddle up and prepare for battle is likely to be reminiscent of the air cavalry scene in Apocalypse Now.

Throughout the rollercoaster ride on food prices of the last few years, one of the most hotly contested issues has been that of the role of financial speculators in driving higher food prices or in catalysing greater price volatility. Some politicians (especially French ones – see this year’s G20 agenda) have jumped at the chance to paint the financial sector as the baddie; campaign groups like WDM have also jumped on the issue. Unfortunately, though, most of the evidence is far from conclusive. Homi Kharas at Brookings puts it like this:

Almost all serious studies have come to the same conclusion: the volatility inherent in the food marketplace causes speculation, not the other way around.

Similarly, when the International Food Policy Research Institute did an analysis of the issue, their results weren’t exactly decisive: the strongest they felt able to put it was that speculative activities “might have been influential” in pushing prices up. Among independent analysts, the broad consensus has been that financial speculation can add some ‘froth’ to the market, and perhaps cause a degree of additional volatility at the margins – but it’s a long way from being the main driver of food  price inflation or volatility.

Which is disappointing, if you’re an NGO, because speculators and financial traders make for a great campaigns bad guy. But now something pretty interesting has emerged.

Over the last few weeks, Glencore – a Swiss-based commodity trading firm – has been preparing for its initial public offering (i.e. the public floatation of its shares). Although you may not have heard of Glencore – it’s pretty publicity-shy – it’s a huge player in the sector. With revenues last year of $145 bn and a potential market cap after the IPO of $73 bn, Glencore will be the largest public offering on record in London, and once public it’ll be one of the largest companies in the FTSE 100.

Over the weekend, Glencore disclosed to UBS, one of the banks underwriting its floatation, that it made a major speculative bet on rising wheat and corn prices during the early stages of last summer’s Russian drought – which was in many ways the starting gun on the current, post-financial crisis food spike. So what? Here’s the key point, from the FT’s write-up this morning:

Now that, if true, is a whole different story. For while the evidence isn’t conclusive that speculation causes food inflation or spikes, no-one is in any doubt about how damaging export bans are. Back at the height of the 2008 spike, export bans were the factor that turned widespread unease into outright panic, and sent prices to record highs in a vicious positive feedback loop. The Russian export ban last summer, meanwhile, fired the starting gun on the current food spike, which took food prices to new record levels – and once again hammered nearly a billion poor people around the world.

So does the charge stick? Here’s the key passage from an August 3 briefing note last year from Glencore:

“From our point of view the [Russian] government has all the reasons to stop all exports.”

Is that “urging”, as the FT has it? I don’t think the FT’s charge is unreasonable. Glencore is a major player in commodities markets. Its analyses get noticed, and acted on – including by governments. And the fact that it hasn’t until now disclosed its own major long position in wheat at the time looks dubious at best – at worst, like straight-up market manipulation, with undernourished people picking up the bill.

Glencore itself is now saying that that the note was just the personal view of its author, not a formal company position. It also claims that Russia’s export ban “did not particularly help our business”, since grain it had already bought got stuck in the embargo, meaning it had to buy more grain elsewhere to meet its obligations, at higher prices.

But arguments like these are unlikely to cut much ice with campaigners (and note that Glencore’s form of words doesn’t say that they actually made a loss). And with Glencore very much in the spotlight ahead of the IPO, and both speculation and export bans firmly on the 2011 G20 agenda, there’s hardly a shortage of campaigning opportunities…