Sympathy for the Devil: Charles Taylor and his Apologists in the West 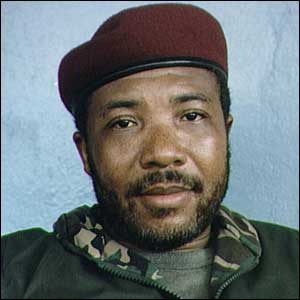 But it has not all been isolation and ostracism for Taylor. Throughout his life, he has been able to count on a significant network of friends. Not all of these are the type of friends you would expect to find in the circles of a warlord. END_OF_DOCUMENT_TOKEN_TO_BE_REPLACED