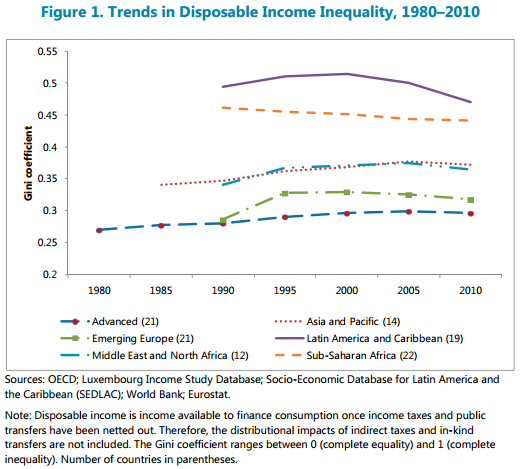 What to make of Gordon Brown’s conversion to the Tobin Tax?

“Very substantial drawbacks.” “Big problems attached to it.” “It is very difficult to advocate a tax that has been, in a sense, rejected by the person who put the proposal forward.”

Just three of the observations that Gordon Brown has made in the past about the Tobin Tax. All the more surprising, then, that the Prime Minister should have come out in favour of it in a surprise speech at this weekend’s G20 Finance Ministers – at least until fierce opposition from Tim Geithner forced the UK to back off. (No mention of the idea in Gordon Brown’s FT op-ed on financial institutions this morning, you’ll notice.)

Now that the dust is settling, two questions stand out. First, why the Damascene conversion? And second, how – if at all – does this alter prospects for implementation of the tax?

Start with the reasons why.  Of course, some argue that Brown’s endorsement of the idea is no more than ‘tough on banks’ political positioning. Fraser Nelson, for instance, sees it as “the desperate vote-seeking move of a Prime Minister who knows he’s going down”. Beating up on the banks may be part of the story, but it doesn’t sound convincing enough on its own: you have to wonder whether anything as nerdy as an international currency transaction tax is really going to resonate with the public at large.

John Hilary, the Executive Director of War on Want – the UK NGO that, more than any other, has led the charge on the Tobin Tax – argues that to understand the move, you have to look further back than FSA head Adair Turner’s advocacy of the idea in August: back, in fact, over the last two years, during which several European governments (in particular Norway and latterly France) have been analysing the Tobin tax in detail.

Two weeks ago, John told me this morning, French Foreign Minister Bernard Kouchner hosted the first meeting of a new Task Force on international financial transactions (terms of reference here), which Financial Secretary to the Treasury Stephen Timms attended for the UK. When John met Stephen Timms after that meeting,  Timms told him that the UK’s previous resistance to the tax had been misplaced – and the UK was now on board.

Now, you might think that Timms’s reversal of long-standing HM Treasury policy was probably the result of prodding from Downing Street, and you’d probably be right.  But that’s not at odds with the proposition that Brown’s reversal is primarily because he’s become persuaded of the idea’s merits and feasibility. After all, Brown has more form on global Marshall Plan ideas than most: whatever reservations people have about his International Finance Facility (and I have a few), you can’t doubt the seriousness of his personal commitment to the idea.

As to the style of the announcement (of which Chris Giles justly observes, “just imagine if Tony Blair had arrived uninvited when Gordon Brown was chairing a G7 finance ministers’ meeting and upstaged the agenda by talking about things that had been kicked into the long grass. Brown would have exploded”): well, since when did Gordon Brown ever unveil radical new global proposals in a consultative way?