How can technology help the UN improve its effectiveness and reputation?

The September gathering of world leaders has

come and gone, and UN Secretary-General Guterres is now back at his desk. Whilst his attention is likely to be focussed on headlines coming from North Korea, Syria and Myanmar, he is also battling to advance reform of the UN system. As with any large bureaucracy (not least one which has to manage the expectations of 193 member states) the ever present reform agenda can quickly become  all-consuming for a Secretary-General. This leaves very little time to look outside the UN system and its political machinations, and identify challenges and opportunities on the horizon. Such as emerging technologies.

The pace of technological change brings with it extraordinary opportunities and challenges for the UN and its work. A new report looks ahead, shines a spotlight on the future, and makes some practical recommendations for the Secretary-General on how the UN can respond. Authored by former UK Ambassador Tom Fletcher and supported by the Emirates Diplomatic Academy, New York University and the Makhzoumi Foundation, “United Networks – How Technology can help the United Nations Meet the Challenges of the 21st Century” sets out some big questions for the future of the UN:

“How can the UN adapt its methods to the Networked Age without compromising its values? How can technology increase UN effectiveness and efficiency, build public trust, mobilise opinion and action, and weaponise compassion? How to make the sum of the parts more able to deliver on the goals set out so powerfully in the UN Charter seven decades ago?”

As part of a team of expert contributors (including young people, tech gurus and activists), I led on the public engagement and political issues which emerging technologies can bring. Consulting with innovation leaders, governments, tech companies and NGOs, we were astounded by the many examples where existing technology is already being used to tackle many of the problems which the UN seeks to solve. It also makes 20 recommendations for the Secretary-General to consider, proposing international agreements (e.g. a Geneva convention on state actions in cyberspace, a universal declaration of digital rights, a single digital identity), equipping the UN with the right skills and resources (e.g. a Deputy Secretary-General for the Future, a global crowdfunding platform to fund humanitarian work, machine learning & data modelling to predict migrant and refugee flows, harnessing artificial intelligence and big data to make better decisions), and using the UN’s status to enhance citizenship and reduce extremism (e.g. diplo-bots to reduce online extremism, enhancing internet access and reducing the digital divide, a digital global curriculum).

A critical factor in the reform agenda

and the ability of the UN to effectively innovate and harness technology is its reputation and public engagement – the UN is nothing without public, business, civil society and member state support. Considered by many to be the closest humanity has to world government, many of the criticisms of the UN are borne from the high expectations citizens have of the organisation, particularly regarding transparency, accountability, legitimacy, demonstrating impact, and regaining trust. And so in engaging with its audiences, the UN faces a profound dichotomy in managing expectations – how to balance the aspirational and moral value of the UN with the realist politics of a multilateral organisation within a cumbersome bureaucracy. UK Prime Minister Theresa May highlighted this very issue in her recent address to the General Assembly: “…throughout its history the UN has suffered from a seemingly unbridgeable gap between the nobility of its purposes and the effectiveness of its delivery. When the need for multilateral action has never been greater the shortcomings of the UN and its institutions risk undermining the confidence of states as members and donors.”

Nevertheless, emerging technologies can also help solve some of these challenges. The report provides some practical recommendations in this area, with a common thread involving harnessing technologies to provide both wider and deeper engagement – empowering audiences to both input into and communicate the UN’s work and mission. Examples include a digital first strategy, stronger authentic social media engagement by officials, a more transparent process for S-G selection, crowd sourcing of solutions, digital platforms for policy debate, chat-bots to enhance audience engagement and democratisation of user generated content to empower citizens, activists and campaigners in the digital space.”

An inherently optimistic report, it does not see

emerging technology as a panacea to solve all the UN’s many challenges. It won’t always be as empowering and enlightening as Silicon Valley tech gods may opine, and will inherently be somewhat limited by our mere human use (or misuse) of it. Nevertheless, it recognises that there are opportunities, and that the UN must innovate with urgency or face a slow slide into under resourced decline and irrelevance. More importantly, it highlights the need for the UN to be ahead of the curve – looking outwards, partnering and engaging, and setting the agenda – just as it has already achieved in many other areas. A stronger reputation and public engagement can only help in making this aspiration a reality. As Fletcher concludes: 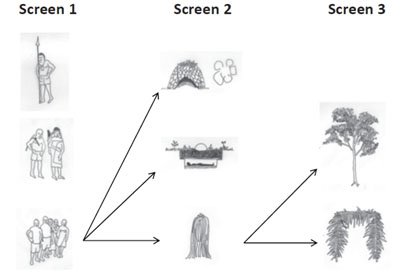 If you were asked to rank the peoples of the world in terms of their enthusiasm for the things of the 21st century, it is a fair bet that Singaporeans, Japanese, the coastal-dwelling communities of America and perhaps Scandinavians would be near the top of your list. Groups like the Amish, Afghanistan’s Taliban, the nomads of the Sahara and the creationists of the American interior are likely to be somewhat further down.

Compared with the hunter-gatherer Pygmies of the Congo Basin, however, these latter groups are novelty fetishists. Said Pygmies not only spurn such commonplace phenomena of the modern world as farming, villages or towns, and houses; they also get by perfectly well without reading, writing, or ever venturing out of their rainforest home. They are, you could be forgiven for thinking, the Luddite’s Luddites.

But in a paper published last March, the anthropologist Jerome Lewis showed a different side to a people who at first glance appear so stick-in-the-mud. The paper is worth reading in full for its exposé of how it is not just rapacious logging companies but also conservationists who are destroying the Pygmies’ traditional way of life, but its most arresting passages describe how these forest-dwellers have embraced modern technology to combat the threats they face.

Logging tramples on the Pygmies’ sacred sites, destroys their favoured campsite locations, and removes vital hunting and gathering grounds (the fencing off of national parks to protect the forests from the loggers has a similar effect). Rates of malnutrition among Pygmies have increased since African governments, in attempting to alleviate poverty at a national level, made it easier for loggers to strip the forests. ‘We who are older notice that all that was in the forest before is getting less,’ complained a Pygmy elder interviewed by Lewis. ‘We used to always find things – yams, pigs and many other things. We thought that would never end. Now when we look we can’t find them any more.’

To counter these blights, the Baka Pygmies of Cameroon and their Mbendjele counterparts in Congo, assisted by a handful of local and international NGOs, have adopted a novel solution. END_OF_DOCUMENT_TOKEN_TO_BE_REPLACED