Amanda Ripley, author of The Unthinkable (which I’ve just started and which is shaping up to be very good) has an interesting observation on her blog about disaster behaviour during the Mumbai attacks.  She starts by quoting a New York Times article on the attacks as follows:

As the city faced one of the most horrific terrorist attacks in the nation’s history, many ordinary citizens…displayed extraordinary grace….[At] the Taj Mahal Palace & Tower Hotel, a sous chef named Nitin Minocha and his co-workers shepherded more than 200 restaurant diners into a warren of private club rooms called The Chambers. For the rest of the night they prepared snacks, served soda, fetched cigarettes and then, when told it was safe, tried to escort the diners out through the back. They wanted to make sure their guests, many of them Mumbai’s super-elite, were as comfortable as possible. “The only thing was to protect the guests,” said the executive chef, Hemant Oberoi. “I think my team did a wonderful job in doing that. We lost some lives in doing that.”

As Ripley observes, the interesting thing here is that,

In catastrophes, human beings tend to hold fast to the roles they held before anything went wrong. Hotel guests, like airplane passengers, tend to play the part of the passive, obedient victims. Employees–even ones earning poverty level wages–tend to feel a profound sense of responsiblity for the guests they were serving cocktails to just moments before. A study of the Beverly Hill Supper Club fire found that about 60% of the employees tried to help in some way–either by directing the guests to safety or fighting the fire. By comparison, only 17% of the guests helped. People were remarkably loyal to their identities, and so it was in Mumbai.

Imagine, just for kicks, if our culture pushed everyone to have an identity as someone who helped, who took action in the face of terror and confusion, who was responsible for the safety of others. Imagine how crowded the trenches would be. 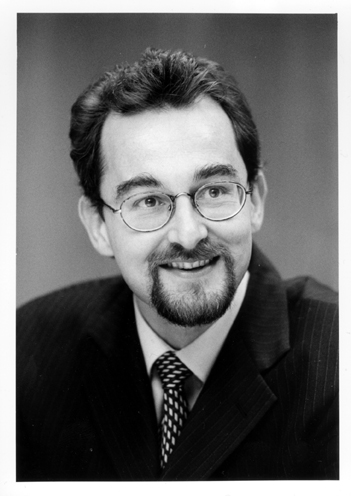 Mumbai has been rocked by a series of shootings and explosions. The violence has the hallmarks of a coordinated attack. For the breaking news go to Twitter, then go to the BBC or CNN.

Below is an example of the feed from Twitter user @BreakingNewsOn, as news of the crisis initially emerged.

Update – Alex adds: See this Wikipedia page on the bombings, which is being updated in real time. (Same happened on 7/7 – see Charlie’s post on this a few months back.) Also a Google Map of locations under attack here, and a Flickr photostream here. But the #Mumbai feed on Twitter remains the key place to look for news (plus @mumbaiattack for a more filtered version).

Update, 7:43 am (David): The news keeps getting worse. Indian TV reports a fresh explosion at the Trident just a few minutes ago. It was deeply shocking this morning to hear the BBC interview a man who was barricaded inside the hotel. A few minutes later the presenters had moved onto a joke item about Christmas carols. Pathetic.

Update, 8:28 am (Alex): Summary of how mobile and social networking channels are covering the crisis – together with discussion of some of the dilemmas this throws up – here. The biggest dilemma of all: widespread concern that the attackers themselves are making use of media and social network coverage in order to anticipate what the authorities are up to.  In such circumstances, much can hang on individual users’ sense of personal responsibility on what to report – and what not to.  No such thing as a DA Notice on Twitter…

Update, 8:44 am (Alex): Coverage is starting to converge on agreement that the attackers came to Mumbai by sea, leading to much speculation and rumour about where they may have come from.  Plenty of people on Twitter, the blogosphere and (more gradually) the mainstream media (e.g. Indian Express here) are speculating that the attackers came from Karachi (in Pakistan).  This is not confirmed, though; other reports suggest that they came from Gujurat (in India). As Gideon Rachman notes, the answer to this question will be highly significant:

The development of a terror campaign with truly domestic roots would be a really ominous development. On the other hand, if the terror attacks originated on Pakistani soil, then regional tensions would spiral. How unpleasantly ironic that all this should happen, just days after the Pakistani prime minister, issued a bold appeal for peace between his country and India. One might almost believe that these attacks were designed to scupper the Zardari peace initiative – were it not for the fact that it must take longer than a couple of days to put something like this into action.

Update, 11:32 am (David): The siege of Mumbai is now into its twentieth hour. Terrorists are reported to be being interviewed live on Indian TV. IBN is claiming we’re into the endgame. Let’s hope so before night falls. The live IBN stream is here…

Update, 11:54 am (Alex): The BBC is reporting that the Indian government has asked for all live Twitter updates from the scene to cease immediately.  A tweet reading as follows is proliferating on Twitter as users re-post it on their feeds: “ALL LIVE UPDATES – PLEASE STOP TWEETING about #Mumbai police and military operations”. Various twitterers reply indignantly that if they’re to stop posting the details, the broadcast media should do the same.  As I write, the IBN video stream that David links to above is issuing real-time updates on which floors of the Oberoi Hotel have been cleared by security forces.

Update, 14:38, (David): Switch from the Twitter feed to Al Jazeera’s comments thread and you’ll find that sympathy for those caught up in the attacks is not universal, while some suspect that the culprit will not turn out to be an Islamist group:

Maria Costa, Governador Valadares, Brazil: “While few enjoy the sight of “innocent” victims being caught up in the struggle against the imperialists and their collaborators, nobody should ever forget that these desperate acts of martyrdom are the direct result of the actions of the imperialists and their lackeys. If India wants to avoid future tragic incidents, they need to re-think their actions in Occupied Kashmir and their nuclear alliance with the Yankees.

mewrite, Banglore, India: the killing of Hemant Karkare(chief of Mumbai’s anti-terrorism squad) gives a clue who might be behind this heinous crime. Karkare was spearheading the investigations into Malegaon blasts and was instrumental in unveiling the Hindu terror network. Initially, as usual, Muslims were blamed for those blasts, & many were punished on false charges. But the recent investigations done by Mr Karkare revealed that it was actually the handiwork of Hindu terrorists belonging to Shiv Sena who with the help of some army persons conducted blasts in many Indian cities during the last few years.

proudpathan, Batley, United Kingdom: The US, Uk, Israel and laterally the Indians all lie in the same bed. These countries are upto something. What it is I don’t know. I hope the Indians don’t associate themselves too closely with these countries, otherwise the rest of the world will see them as they see the US, the UK, and Israel as being imperialistic, oppressors and occupiers and the murderers of innocent Muslims.