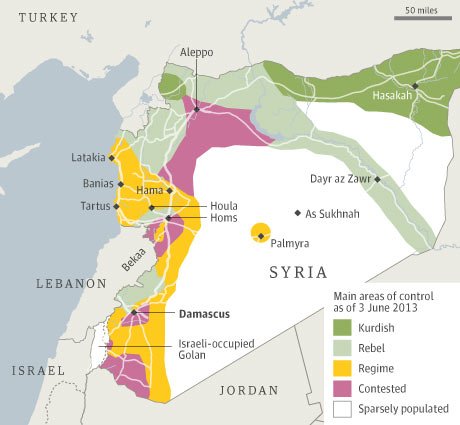 As I warned in 2011, Syria is a complex mosaic of different ethnic, religious, and ideological groups, a tinderbox that was destined to explode if the fragile peace that the Assad regime enforced was disturbed. Now that the country has imploded, there is no easy way out. END_OF_DOCUMENT_TOKEN_TO_BE_REPLACED 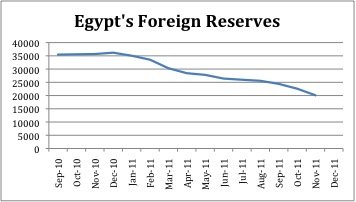 Financial woes add an extra layer of drama to one of the most important stories to watch in 2012. END_OF_DOCUMENT_TOKEN_TO_BE_REPLACED

Prime Minister, David Cameron’s tour of the Gulf on a trade promotion mission as the Arab world is rocked by mass protests against long-lasting authoritarian rulers has provoked a debate  in Britain about whether the coalition government’s foreign policy is too focussed on trade and not enough on promoting values such as liberal democracy.

Mr Cameron’s visit was scheduled before the current unrest broke out in the region and the former PR executive in him attempted to head off potential criticism by adding a short stop in Egypt at the beginning of the tour to meet protest leaders and the provisional military government that removed Hosni Mubarak from power.

However, this has not been an entirely successful gambit.

The trip has attracted criticism, especially from liberal commentators, because several arms manufacturers are part of the trade delegation with the Prime Minister at the same time that the government had to revoke arms export licenses to Libya and Bahrain when the security forces there used violence against protesters.

The nub of the criticism is that the government is trying to persuade governments in the Arab world to buy British defence equipment at the same time as London talks about the need for those governments in the Arab world to stop repressing the demands of their people for more democracy. Some commentators argue that Mr Cameron is trying to have his cake and eat it, whereas the former Foreign Secretary, David Miliband, recently attacked the coalition’s foreign policy as ‘low-grade mercantilism’. The charge is that it is too focused on trade at the expense of promoting democratic values.

Mr Cameron has defended his approach and insisted in a speech in Kuwait and a town-hall meeting with Qatari students that you can promote trade and democracy at the same time and insisted Britain’s rules governing arms exports are among the toughest in the world.

It looks like the upheaval in the Arab world has brought Mr Cameron’s foreign policy approach, honed in opposition, into contact with the reality of government and he is learning that he has to talk about values as much as the bottom line.

Does this ring any bells?

Ironically, when Tony Blair first came to power, his Foreign Secretary, Robin Cook took the opposite approach to Mr Cameron, but ended up facing not dissimilar criticism. On assuming offce, Mr Cook announced that henceforth Britain would have an ‘ethical foreign policy’, but this soon encountered charges of hypocricy and/or naivety, because of –  yes you guessed it – arms sales to authoritarian governments which didn’t square with respect for human rights and democratic values. In Labour’s case it was Indonesia’s violent attempt to suppress East Timor’s desire for independence in 1999 where British-made aircraft were used.

On The World Tonight   this week we discussed the conflicting pressures on Mr Cameron, and the former British ambassador to Libya, Oliver Miles, argued that selling arms to foreign governments, under strict conditions that they will not be used for repressing their own people or attacking their neighbours, is not contradictory or hypocritical, it is a matter of judgement (as to whether those government’s will respect the guidelines or not).

But as Mr Cameron and Mr Blair before him have found out, the reality seems to be that once arms are licensed for export, it can become a political headache if that judgement turns out to be wrong.