“He Doesn’t Steal, But Money Sticks to Him”

by Seth Kaplan | Jan 26, 2012 | Economics and development, Latin America and the Caribbean 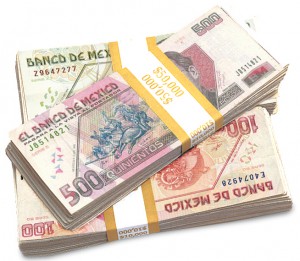 Mexico, like many places around the world, has numerous immensely imaginative one-liners to characterize corruption. Here is a sample:

by Charlie Edwards | Feb 26, 2009 | Conflict and security, Economics and development

At the end of last year I offered ten foreign policy predictions for 2009.  The first prediction was about Mexico:

In a early January 2009 John Robb suggested that Mexico would be an essential security threat to the United States:

The narco-insurgency in the northern provinces morphs into a national open source insurgency with thousands of small groups all willing to fight/corrupt/intimidate the government. Many, if not most, of these groups will be able to power themselves forward financially due to massive flows of money from black globalization. The result will be a diaspora north to the US to avoid the violence.

Since 1993 the City has been known for the violent deaths of hundreds of women – ‘las muertas de Juárez’ (The dead women of Juárez). According to Amnesty International , since February 2005 more than 370 bodies have been found, and over 400 women were still missing. Most of the cases remain unsolved.

In the next three weeks the Mexican Government is sending up to 5,000 new troops and federal police to the country’s most violent city, Ciudad Juárez , where law and order is on the brink of collapse.

END_OF_DOCUMENT_TOKEN_TO_BE_REPLACED

Last May I wrote about a World Bank scheme to pay Tanzanians to test negative for sexually transmitted infections (a proxy for HIV/AIDS), and about the positive effects on health of Mexico’s Oportunidades conditional cash transfer programme (South Africa’s pension scheme has also had beneficial health impacts, as have programmes to pay US drug users not to inject).

A new study by Rebecca Thornton lends further support to the idea that financial incentives should play a part in HIV prevention. In a randomised trial of over 2,000 Malawians, she gave some participants money in return for testing for HIV and finding out their results. Those receiving the cash were on average twice as likely to turn up to be tested as those left empty-handed. Even pretty small sums, amounting to a tenth of a day’s wage, had a significant effect on the likelihood of getting tested.

Unfortunately, Ms Thornton also found that being tested didn’t have much impact on sexual behaviour (though several other studies have found that knowing you’re HIV-positive makes you less likely to indulge in unsafe sex). Still, cash incentives could be used to persuade the reluctant to adopt other preventative measures, like male circumcision, condom use or, as the World Bank hopes, to find their own ways of staying negative.

Predictions for 2009: we count our chickens before they’re hatched. Literally.

Charlie has got some debate going with his ten predictions for 2009, and I’m not going to try to rival it.  But after a year of following food prices unusually closely, I’ve decided to go where even Alex Evans has not gone before in an effort to tell the future: the official US Poultry Outlook Report – December 2008.  And no, this isn’t about avian flu.  It’s about how the global downturn is going to create a rift between increasingly internationalist turkey farmers and isolationist, America-first chicken and egg producers.  Feathers will fly!

Let’s start with chickens (to the initiated, “broilers”).  For the first nine months of last year, production was growing strongly.  But as food prices slumped over the last few months, so did the number of “chick placements” – which I assume is code for “fattening the little critters up in a big shed until they can’t walk”:

Over the last 5 weeks (8 November to 6 December, 2008), the number of chicks placed for growout averaged 7.4 per cent lower than for the same period in 2007. With uncertainties about the domestic and world economies, the trend of year-over-year declines in chick placement is expected to continue well into 2009. With smaller chick placements forecast, the estimates of broiler meat production have been adjusted downward in fourth-quarter 2008 and in the first three quarters of 2009.

Who are we going to blame for this? Foreigners. Unless they like brown meat:

All the uncertainties in the global economy have combined to sharply reduce the demand for broiler exports . . . but declining exports may be slightly mitigated by lower prices for leg quarters, the primary export.

So expect the chicken farming lobby to turn inwards. Their disinterest in foreign affairs will only be compounded by increasing imbalances in the egg market:

Shipments of all shell eggs and egg products in October totaled 17.9 million dozen, down 13 per cent from the previous year. Much of the decline is due to lower shipments to Mexico and Hong Kong.

But it’s all very different on the turkey front. There’s a glut of the damn things – more and more are being put into cold storage – and production is expected to slow  as a result. With supply higher than demand, the U.S. needs to offload large quantities of its national bird. Fortunately, there are proven markets available:

So that’s good news… but wait a minute! Not only is China propping up the U.S. economy by buying vast quantities of American bonds, but now we discover that it will start underwriting the turkey industry? What if Beijing stopped buying? Even Mexico slapped a temporary ban on birds from some U.S. plants just before Christmas on health grounds.  And last Tuesday Russia demonstrated its resurgent nationalism by slashing its total poultry import quota from the U.S. by 1.25 million metric tons to 952,000 metric tons.  So here’s my first big question for 2009: can the U.S. poultry industry adapt to a multi-polar world?

Next week: a post in which I explain the new world order by tracking trends in the price of tea-leaves.