It’s over.  The peace process that never really was a true effort to find peace has now been exposed to have died a slow death. The two-state solution has been dealt a final blow and is, as John Cleese would say, an ex-solution.

This is the main, somewhat knee-jerk, thrust of reactions in the Middle East to the publication of the so-called Palestine Papers by Al Jazeera and the Guardian.  Most Israeli and Palestinian commentators seem to agree:  Israel never really wanted a deal (or was politically capable of it); the Americans sided with Israel, the status quo continuing to be its preferred political option; and the Palestinian leadership grew so frustrated and disinterested that they proved willing to betray the trust of the people they were supposed to represent.

As we move further away from Jerusalem though, reactions appear to be more upbeat.  The cynical views is that ‘these Palestine Papers reveal nothing that we didn’t already know’, while the optimists cheer that now that the truth is out, real action must follow.  Typically, the US State department spokesman dismissed the leaked documents as “not conducive to bringing the parties back to the  negotiating table”. William Hague, meanwhile, apparently missed the leaks altogether as he met with his Israeli counterpart, Avigdor Lieberman and noted that settlement building is illegal (an argument that, given Lieberman’s political views, is probably about as futile as telling a pyromaniac that fire is bad while giving him a box of matches).

The Guardian’s editors seem to have difficulty making up their minds.  Yesterday, they appeared apologetic – suggesting that it would require Panglossian optimism to believe that the negotiations could one day be resurrected. Today, they are patting themselves on the back, claiming that by exposing “how and where this deal fell short, is not to undermine the goal. It is the only way left of rescuing it.”

Having worked for eight years as a small cog in the vast diplomatic machine that is the Middle East peace  process, I cannot help but smile at the hoopla that these leaks have caused. But in my heart of hearts, I’d have to agree with the cynics.  The Palestine Papers may provide great detail and indeed shock even some of those closely involved in the process as to the extent of the concessions Palestinian negotiators were willing to make, but in essence they don’t really tell us anything new.  There may, at some stages, have been a genuine desire for peace on all sides but it should be clear to most of us now that there has never been the political need. END_OF_DOCUMENT_TOKEN_TO_BE_REPLACED

Waking up to the catastrophic news of Israel’s attack on the flotilla that was trying to break the blockade of Gaza, my snap reaction was that this event had the potential to trigger a chain of uncontrollable consequences. Nothing has since happened to reassure me that this was an early-morning overreaction.

Perhaps most worrying is the potential for friction between Israel and Turkey, countries that once enjoyed an unexpectedly good relationship (£2.5bn in bilateral trade in 2009). Turkey was the aid convoy’s main national sponsor, leading Israel’s unions to retaliate with a boycott of the country.

According to one Israeli union leader:

Turkey had been wiped off the workers unions’ travel maps. In a survey we conducted among the participants in the semi-annual union heads forum, we found that Israel’s workers’ unions have had enough of Turkey’s hostility toward Israel, which in the past had been characterized by verbal attacks by the country’s prime minister, but had now shifted to active attempts to harm Israel’s sovereignty. The tourism boycott is a weapon that will send a message to Ankara that words and deeds have consequences.

But Tel Aviv may now be the capital to discover that deeds have consequences that can go well beyond a boycott. The Turkish government is reported to be threatening to send more boats sailing towards Israel’s coast, but this time to give them a naval escort. That would put the two countries on track towards a very dangerous confrontation.

Perhaps most ominously, in a stepwise, lemming-like march of folly in our relations with Ankara, a regional power of crucial importance and one which, if heeded, could have helped head off the First Gaza War, we have come dangerously close to effectively declaring a state of war with Turkey.

“This is going to be a very large incident, certainly with the Turks,” said Benjamin Ben-Eliezer, the cabinet minister with the most sensitive sense of Israel’s ties with the Muslim world.

Let’s hope the Turkish government continues to pursue its grievances with Israel through the international system, rather than putting the two countries’ navies on a collision course. Otherwise this grim year could get soon get much worse – yet again.

Update II: NATO will meet on Tuesday at Turkey’s request. According to an unnamed diplomat:

NATO does not really have instruments with which to deal with the follow-up from this type of affair. Turkey has not invoked article five which envisages all allies coming to the aid of a member country that is the victim of an attack.

But, given that numerous Turkish citizens appear to figure among the casualties, it is understandable that (Ankara) triggers political dialogue with its partners.

Update III: One to watch is the Irish boat – MV Rachel Corrie (yes, that Rachel Corrie) which is yet to reach Israel:

Five are onboard the Irish-owned vessel, MV Rachel Corrie, and all are safe. The ship was one day behind the main flotilla and is still on its way to Gaza.

Among the passengers on the Rachel Corrie are Nobel Peace Laureate Mairead Maguire and former UN Assistant Secretary-General Denis Halliday.

Does it sail on towards a second confrontation? And if so, how will the Israelis react?

From a Jerusalem Post article on Eish L’Yahadut (Fire for Judaism) – a group that exists to break up relationships between Arab men and Jewish girls:

Every night, dozens of young men in Jerusalem’s Pisgat Ze’ev neighborhood take to the streets and go out searching for girls.

But theirs is not a promiscuous search. In fact, the group of some 35 volunteers is looking to prevent such interaction and to stop what neighborhood residents have overwhelmingly complained is a growing problem in Pisgat Ze’ev – Arab men going out with Jewish girls.

What was once a rare occurrence, residents say, has become the norm in this north Jerusalem suburb, which shares a side of the security barrier with the Palestinian village of Anata and the scattered dwellings on the edge of Shuafat refugee camp.

“A rare occurrence?” a shopkeeper in the local mall asked sardonically this week when asked about the situation. “My friend, it’s not rare at all, this has become the reality. Pisgat Ze’ev has turned into one gigantic whorehouse, please excuse the expression.”

Residents now say that, due to Pisgat Ze’ev’s location and increasingly mixed Arab-Jewish population, the phenomenon of mixed dating has grown, with violent outbursts breaking out frequently between Arab and Jewish youth over the matter, and with growing communal anger over what many here feel is simply unacceptable.

According to the group, “our mission is not against Arabs, but it is for the protection of Jewish women, wherever they may be.”

The Obama administration’s Middle East policy is under construction. Despite Obama’s new tone, it is still too early to see specific policy changes on most of key regional issues.

The one exception to this has been US policy on Jewish settlements in the West Bank. Here, in contrast to their predecessors, the Obama team have taken a firm line against any settlement expansion including “natural growth.” This has created a rift between the US and Israeli governments, which Israeli PM Netanyahu and his allies are finding hard to handle domestically. The US is nonetheless sticking to its line. Hillary Clinton has been clear not only in demanding a freeze, but also in stating that “any informal and oral agreements” between the Bush administration and Israel on settlements “did not become part of the official position of the United States government.”

The new US insistence on a total settlement freeze brings the US into line with longstanding EU and UN positions, so for the first time in years we are seeing solid, unified international policy this issue. In June, the Quartet urged Israel “to freeze all settlement activity, including natural growth; to dismantle outposts erected since March 2001; and to refrain from provocative actions in East Jerusalem, including home demolition and evictions.” The European line on settlements is also being put forward in strong terms by the Swedish Presidency. Earlier this week, a senior Swedish foreign ministry official said that it was “inconceivable” for the international community to legitimize natural growth of the settler population.

So far so good: coherent international policy on an issue that constitutes a serious block to good faith negotiations between Israeli and Palestinian leaders, and creates facts on the ground that inevitably influence final status discussions.

Then the European Commission steps in. END_OF_DOCUMENT_TOKEN_TO_BE_REPLACED 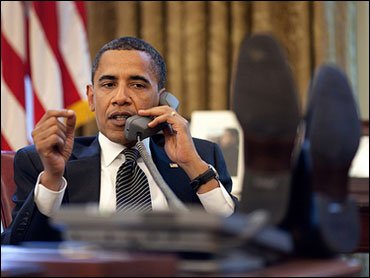