In the post-colonial period, African politics has tended to look something like this (as excerpted from my book on West Africa, The Ringtone and the Drum):

The French anthropologist Emmanuel Terray, drawing on his experience in the Ivory Coast, identified two distinct but parallel systems of government in Africa. The first is the world of the air-conditioner. This system, which is inspired by the Western style of government, gives off an impression of bureaucratic and technocratic efficiency. It is a world of presidents, constitutions, parliaments and laws, and speaks the language of democracy, development and modernisation. It pertains to certain places and certain hours of the day, to ‘office hours (as long as one defines these relatively flexibly),’ to government buildings made of cement and steel and glass, to presidential palaces and airports with VIP lounges, to ‘glorious official soirées in illuminated gardens.’ While the air-conditioner hums in the background, the leader, in his three-piece suit and tie and speaking in fluent metropolitan French or the smooth American burr favoured by Charles Taylor, announces grand development plans to his spellbound foreign backers: hydroelectric dams, a new motorway, airports, universities – the appurtenances of a modern state. He promises elections free and fair, and looks businesslike, not awestruck, when he takes his seat at the United Nations.

But much of this is display. As Terray observed, the principal function of the world of the air-conditioner is not to govern, but ‘to show, particularly to the outside, that the country works, that it holds rank in the concert of nations’ (recall the Sierra Leone government’s gift to Haiti’s earthquake victims, and its explanation that the country needed to play its part as a member of the international community). The serious business takes place not here, but amid a second world, the world of the veranda. This is a world of palavers under baobab trees, of sharing what you have, of the impenetrable African night, of obligations – personal, not bureaucratic, obligations – to your ancestors and your community; a world, at its most extreme, of human sacrifices in sacred forests. For our leader’s real concern is not democracy, nor the provision of services to his nation, nor that nation’s prosperous future. His real concern is in meeting his obligations to his narrow band of supporters, in feeding them in the here and now so that they will sustain him in power. This second system acts as a brake on the pride and greed of the Big Men, who are allowed to enrich themselves only if part of the material and political booty they accrue is generously redistributed. Like Gulliver tied down by the Lilliputians, Terray noted, the Big Man is ‘far from being entirely the master of his choices.’ As long as he produces the goods, the little people will sing his praises, vote for him, pass on rumours and render him other services. But if he fails to deliver, and to keep delivering throughout his time in power, they will jump ship. It is a tit for tat relationship, which requires the leader to be permanently on his toes.

Some countries may have moved away from this model in recent years; a few may even have been blessed with leaders who attempt to govern for all their people. On the ground, however, this is how African governments continue to be perceived – their reputation for cronyism has yet to be shaken off.

And perception is important. In Nigeria, which has been no exception to the above rule, the perception of many people is that the informal system of rotation of the presidency between northerners and southerners that had prevailed since 1963 has been broken. It may or may not be a coincidence that the murderous activities of the northern terrorist group Boko Haram, which some influential figures believe pose an existential threat to the country, ratcheted up after the accession to the presidency of Goodluck Jonathan in 2010. Jonathan, a southerner, succeeded the northerner Umaru Yar’Adua when the latter died after just three years in office. The informal rotation had hitherto seen the eight-year tenure of a northerner followed by a roughly similar period in charge by a southerner, but Jonathan’s victory in the 2011 election meant that by the end of his term southerners would have been in power for thirteen of the previous sixteen years. That he plans to run for re-election in 2015 has exacerbated northerners’ concern.

Northern Nigeria already lags behind the south. All ten of the country’s poorest states are in the north, school attendance is lower, and infant, child and maternal mortality rates are all much higher than in southern states. With a northern president in power in a patrimonial polity, northerners at least had the hope that they would have their “turn to eat” every few years. Without that reassurance, even in the unlikely event that the gulf between north and south does not continue to widen, many northerners’ perception is that they have been cut loose, and that the ‘material and political booty’ accrued by presidents will now be the exclusive preserve of southerners.

There are a number of measures that must be taken to quell the growing anger of the north, but in a country that threatens, as Foreign Policy magazine has recently put it, to ‘come apart at the seams’, political representation is among the most important. While it waits for leaders that govern for the many rather than the few, or for institutions that force them to do so, formalising the regular geographical rotation of presidents by enshrining it in the Constitution (thereby obliging the major parties to abide by it in putting forward candidates) may help narrow Nigeria’s north-south divide. In an ideal world this would not be necessary – leaders would take into account the interests of all their countrymen and distribute resources equally. But Nigeria is not an ideal world. The north-south divide has been accentuated by the long rule of southern presidents, and has helped bring about the emergency the country is facing. Formalising the rotation of the presidency is only a patch on a wound, but it may be a necessary one for northerners again to feel that they have a future as Nigerians.

No one, including the state, has a monopoly on violence . . . An LAO reduces violence by forming a dominant coalition containing all individuals and groups with sufficient access to violence . . . The dominant coalition creates cooperation and order by limiting access to valuable resources – land, labor, and capital – or access [to] and control of valuable activities – such as contract enforcement, property right enforcement, trade, worship, and education – to elite groups . . . The creation and distribution of rents therefore secures elite loyalty to the system, which in turn protects rents, limits violence, and prevents disorder most of the time. END_OF_DOCUMENT_TOKEN_TO_BE_REPLACED

by Seth Kaplan | May 21, 2012 | Conflict and security, Economics and development 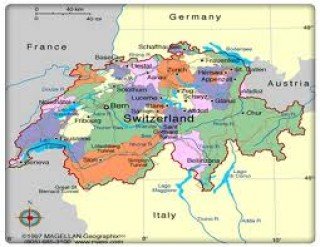 International efforts to help developing countries start with a mental model of how government should be structured. It is based on the most common European model of state building—a model initially developed by France but shared by most countries today. European history did, however, have another model, one that is not well remembered but that may be much more useful for fragile states—the Swiss model. END_OF_DOCUMENT_TOKEN_TO_BE_REPLACED 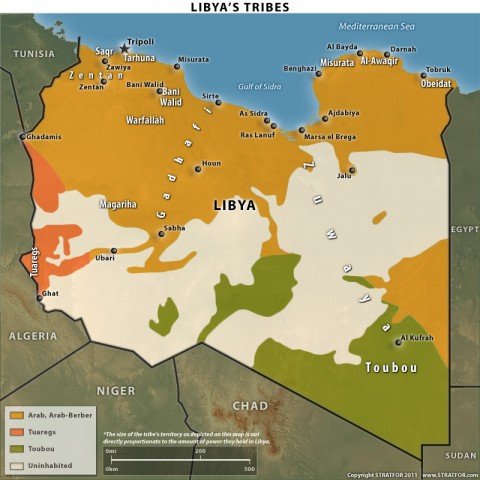 This is a mistake. Although Libya would in an ideal world be just fine with a unitary government built around a single national assembly, it is more likely to create a robust state that can meet the needs of its people if it empowers its regions. END_OF_DOCUMENT_TOKEN_TO_BE_REPLACED 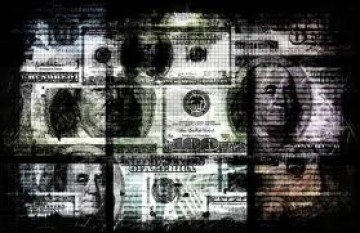 What explains this paradox? END_OF_DOCUMENT_TOKEN_TO_BE_REPLACED