Is Hollande discovering it IS easier to get in than out?

France’s beleaguered President Francois Hollande has had some good news.

He may have fallen out of the public’s affection faster than any previous French leader, but last Wednesday the United Nations gave Mr Hollande UNICEF’s Felix Houphouet-Boigny Prize for his contribution to peace and stability.

The award is recognition for France’s intervention in Mali earlier this year which staved off the advance of Islamist rebels, some with alleged links to al Qaeda, who threatened a take-over of the country.

Meanwhile in Mali – as the cliché goes – at the same time as the President was being honoured by UNICEF in Paris, news came that the Malian army had clashed with rebels in the north of country for the first time since the French entered the conflict back in January.

Mali may no longer feature much in the papers or on the news, but that doesn’t mean the conflict is over and the situation there is sorted out.  It also goes to illustrate what western countries must have learned about military intervention since the violent collapse of Yugoslavia in the 1990s – it is much easier to get in than it is to get out – to this day there are thousands of European troops in Kosovo and Bosnia.

To his credit, Mr Hollande seemed to recognise this could be a problem again in Mali quite quickly. When first announcing he was sending troops, he emphasised the emergency nature of the intervention with the Malian army in rapid retreat and a rebel victory looking imminent. He said France would stay until African troops and the UN could get organised to support Mali’s government, but within days French officials were saying the troops would stay “as long as necessary”.

In the event, the arrival of the French – and troops from neighbouring Chad – changed the course of the conflict. The rebels were pushed back quickly and the main towns in the sparsely populated north of the country were retaken, as, by and large, the rebels chose not to stand and fight and returned to insurgent tactics of ambush and bombings.

But in order to bring as quick an end to the intervention as possible, the French also attempted to split the rebels – which were made up of an alliance of various fractious groups. Some were Islamist, such as Ansar Dine, and some secular nationalists, such as the Natonal Movement for the Liberation of Azawad, or MNLA,  fighting for more autonomy or independence for the Arab Tuareg people of northern Mali from the black African majority of the south.

Paris had some success in this strategy. As French troops advanced towards a key northern town called Kidal at the end of January, MNLA forces there turned on their Islamist allies and drove them out of the town. In exchange, it seems, the French promised the MNLA could run the town and the Malian army would not return.

At the time, the move helped accelerate the French advance, but it may have complicated the longer term aim of stabilising Mali and ensuring the withdrawal of all French troops.

Although the UN has agreed to send a new stabilisation mission to Mali, called MINUSMA, backed by a military force from neighbouring countries such as Nigeria and Chad, France still has about 2,000 troops there – half the number they had at the height of the fighting, but still a considerable deployment .

The recent clashes between the Malian army and the MNLA were near Kidal, which is still held by the rebel group. The stabilisation plan for Mali involves holding elections next month and the MNLA says it will not return the town to Malian government control before those elections. The army seems to be intent of taking it back before then.

So what will the French do?

The original intervention was justified on political and humanitarian grounds – to save Mali from collapse and the people from human rights abuses by the Islamist fighters. But six months on, the Malian army still seems incapable of defeating the rebels on its own, and human rights groups accuse government troops themselves of abusing civilians in the areas where it has managed to re-establish control.

So far Paris has not said much about the new outbreak of fighting, but if it escalates, it is likely the French will have to delay the withdrawal of the troops still in Mali.

So despite his awareness of the risks of getting sucked into a long term involvement, President Hollande, could still struggle to find the way out of his first foreign intervention. 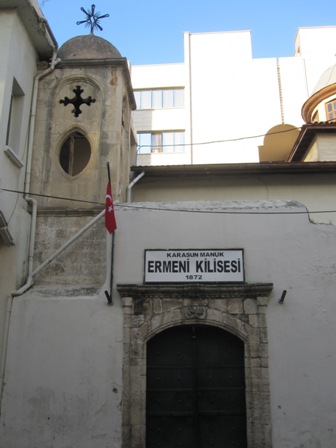 Kosovo has been back on the front pages in recent weeks with lurid allegations against its Prime Minister and dominant politician, Hashim Thaci, accusing him of involvement in organised crime and even harvesting human organs for sale for profit.  Mr Thaci has denied the allegations.

Mr Thaci has also been in the news as his party was accused of vote rigging in last month’s parliamentary elections which were the first organised by the Kosovo government. This week, the vote had to be rerun in some of Mr Thaci’s strongholds and a new government should be formed in the next few weeks.

Why is this interesting to people who don’t follow affairs in south east Europe closely? Read More