by Mark Weston | May 30, 2017 | Africa, Conflict and security, Economics and development

If you’ve ever written a book about Guinea-Bissau, you will know that popular interest in this remote little West African country is scant. Your oeuvre is unlikely to be spotted flying off the shelves of WHSmiths, even less likely to feature prominently on airport bookshops’ lists of Great Holiday Reads. The few journalists who write about the place trot out the old saw about no president having completed his term in office, and then move on to less somnolent parts of the continent.

But Guinea-Bissau, as a few eminent Africanists have noticed, provides an instructive example of how the survival into the post-colonial era of Daron Acemoglu and James Robinson’s extractive political and economic institutions continues to impede Africa’s development half a century after independence. Among these Africanists is one of the most brilliant of them all, Patrick Chabal, whose Africa Works is an essential read for anyone trying to understand how and why so many of the continent’s Big Men have endured in power for so long. Chabal also wrote extensively on Guinea-Bissau, including a biography of one of the Big Men’s nemeses, Amílcar Cabral, who after leading his country to independence from Portugal would become another of Africa’s doomed figures of hope.

Patrick Chabal died before his final work could be completed. But ‘Guinea-Bissau: Micro-State to “Narco-State”’, co-edited with another Guinea-Bissau enthusiast Toby Green, is a worthy handing over of the baton (disclosure: Toby kindly reviewed and provided a blurb for my own, less academically rigorous book on the country). The book’s ten chapters, written by an assortment of academics from Guinea-Bissau, its diaspora and elsewhere, provide a thorough and clearly argued analysis of why the country remains one of the poorest in the world four decades after shrugging off the colonial yoke; of why it has been subjected to such venal leaders (most notoriously the thuggish Nino Vieira); and of how foreign meddling during and after colonialism contributed to the hollowing out of the institutions of government, exacerbated local ethnic and religious divides, and weakened this primarily agricultural society’s resilience. END_OF_DOCUMENT_TOKEN_TO_BE_REPLACED

New Book on Poverty and Development in Fragile States

by Seth Kaplan | May 1, 2014 | Conflict and security, Economics and development

I am pleased to announce the publication of my new book on fragile states — Betrayed: Politics, Power and Prosperity (Palgrave Macmillan). The book focuses on the biggest challenges in the development field today: how to create inclusive societies, equitable governments, and dynamic economies that will give the poor the opportunity to accumulate the means and skills to control their own destinies. Up to now, change has proved illusive in most parts of the world, leaving three billion people — roughly one-half the population in the developing world — disadvantaged. The concrete suggestions described in my book are targeted at political, economic, and civil society leaders as well as scholars, practitioners, policymakers, and students.

Former President of Ghana Jerry Rawlings wrote the foreword, calling the book “a compelling and eloquent argument for empowering all citizens, especially the poor.”

I hope you will share this information with your colleagues and friends. You can order a copy from Amazon. END_OF_DOCUMENT_TOKEN_TO_BE_REPLACED

Nigeria is arguably the worst run of the world’s seven most populated countries. Despite earning hundreds of billions of dollars in oil revenue over the past decade, it is expected by 2015, by some calculations, to have the second-most destitute people in the world after India. But its largest city, Lagos, which until recently was known as one of the world’s most difficult cities to govern, seems to have turned a corner. As I argue in a recent article in the New York Times, one of the chief reasons for this better performance is the nature of incentives that elites and politicians face: END_OF_DOCUMENT_TOKEN_TO_BE_REPLACED 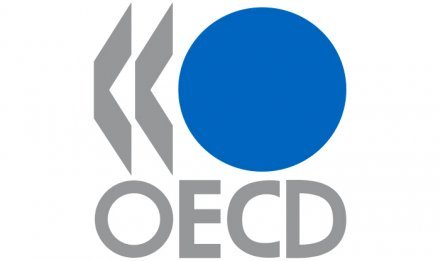 But, as exemplified by Emmanuel Letouzé’s (lead author) and Juana de Catheu (co-author)’s recent report Fragile States 2013: Resource Flows and Trends in a Shifting World, its analysis of fragile states is flawed in a couple of important ways. END_OF_DOCUMENT_TOKEN_TO_BE_REPLACED

I will be teaching a course this fall (780.718 Promoting Development in Fragile States) in the Paul H. Nitze School of Advanced International Studies (SAIS) at Johns Hopkins University:

Hindered by weak institutions, social divisions, and difficult historical legacies, fragile states face fundamentally different challenges than other countries. This course focuses on understanding the drivers of state fragility and what steps might counteract these. It encourages participants to think deeply about the nature of development, political incentives, the role of geography in governance, social identities, the nature of public authority, and a variety of other issues relevant to state building in difficult circumstances. It will be of interest to students working on African and Middle Eastern issues, conflict management, comparative politics, and economic/political development.

The syllabus for the course provides a good reading list for anyone wanting to understand the problems facing fragile states and what policies might deal with their unique problems.

If you want more information, contact me at seth@sethkaplan.org.