Jo Cox only used one qualifier when asked what kind of feminist she was.

She believed in politics and the rightful role of women at the centre of power. She was forever pushing other women forward and was profoundly committed to supporting female candidates across the political spectrum. Inspired by her example and in her memory a few us hosted an event with Julia Gillard, designed to encourage women to consider a public life and give them the tools to change the world.

You can read Julia’s speech here and watch the whole event here: 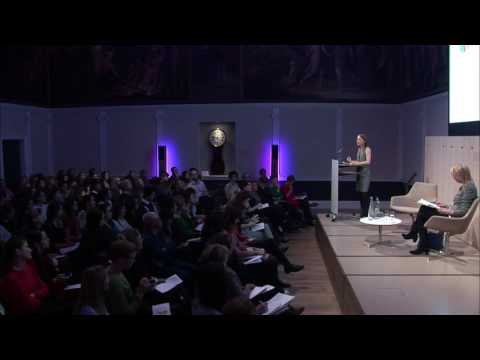 Before Julia spoke we heard from a range of amazing speakers about what they can offer women considering public life and what each of us can do. Suggestions ranged from getting involved in Campaign Bootcamp to amplifying the voices of other women (buying this book is a good place to start). There isn’t enough space here to do full justice to those speakers, so the most important practical step you can take is to watch and share the session as a whole. Then make a note in your diary, right now, to check in two months time how many of the things the speakers ask of you that you’ve done.

There is so much to be sad about in times like these, but much hope to be drawn from Julia Gillard’s message that power is not a dirty word and politics is not a dishonourable profession. Our Jo believed and embodied both those things and I hope this event helped set the next Jo Cox off on her journey. We must do all we can to support her on her way.

Guest post from Helen Elliot from Save the Children UK, on a talk by Maria Neophytou of the GREAT Initiative, as part of the #changehistory series of talks. You can listen to all the previous talks here. 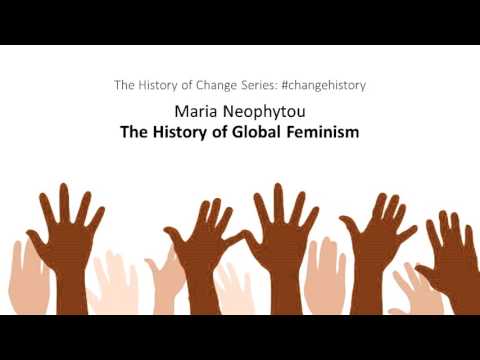 Last week a book that was the first of its kind was released, entitled “In Our Own Words: A Dictionary of Women’s Political Quotations”, edited by Nan Sloane (Centre for Women and Democracy). Why has it taken until nearly a century after women first got the vote in the UK for a collection of some of our most memorable voices to be recorded in one place? Many feminists would argue that one of the reasons is because, up until now, we have been learning about HIStory, a record of humanity written by and for men.

Maria Neophytou of The GREAT Initiative brought this argument with her when she came to speak to staff at Save the Children on International Women’s Day. Maria raised some challenging truths about what it means to be a feminist in today’s world, and offered us a different perspective on the development sector and the potential for feminism to reshape it into something new.

We Came to Slay

Change is hard, but that’s ok. Inspired by Beyoncé’s lyrics in her recent single “Formation”, where she uses “slay”, a term first coined within the African-American gay community that means to “succeed in, conquer or dominate something”, Maria argues that in order to change HIStory to reflect our experiences and our perspectives, we must become more comfortable disrupting the social order and to come in fighting unapologetically for our right to be remembered. (If you haven’t seen Beyoncé’s performance of Formation, you should!)

Who or what is it that we are disrupting?

Many of you will have already read and hopefully shared the article recently published by Grayson Perry about the “Default Man”. The overarching point he makes is that it is a group of white, middle-class, straight, usually middle-aged men that holds the power in our society but that their time in the driver’s seat is starting to run out. This group of Default Men sit comfortably within the Patriarchy (a system of oppression of men over women) which has influenced how we all think and feel in ways we may not even be cognisant of. But feminism offers space to reflect and unpack our thinking. It welcomes difference and wants us to move away from binaries of male and female, celebrating differences and allowing conflict of opinion to exist.

Feminism is now in its fourth wave where people are connected by technology and social media plays a critical role in challenging everyday sexism, misogyny and gender binaries. We’ve seen a significant shift in public attitudes about what it means to be a feminist in even our lifetimes. Maria speaks of how there were no feminist societies when she was at secondary school in the 90s, or at university 20 years ago. Nowadays, teenage girls and young women (and boys and men) have superstars like Beyoncé blasting strong feminist messages into their earphones in a language that makes sense to them. Being a feminist is suddenly not only cool, but is expected of young people. Meetup groups exist for feminists in every city across the country and Emma Watson is the face of the HeforShe campaign.

Maria uses the fourth wave messages to raise questions about how we currently “do” development. The Millennium Development Goals (MDGs) were designed by Default Men, but the Sustainable Development Goals (SDGs) are a product of a more global conversation and their framework takes a more feminist approach, she says. But what about the aid architectures we operate within? Is it time to revamp the paternalistic approach to giving where strict criteria are decided by the patriarchy? Do we need to clear some space for more partnerships to enable more open, honest and more meaningful collaborations and changes to occur? Food for thought!

And challenges remain in the fourth wave. Our children are up against a barrage of reinforcing messages about what it means to be a girl or a boy. Campaigns such as Pink Stinks and Let Toys be Toys are working to tackle the marketing industries to bring gender neutrality into products. Only 450 female MPs have been elected since 1918, while today there are 459 male MPs. Women still face harassment of various forms in their daily lives, which campaigns like Everyday Sexism is working tirelessly to change. And entire coalitions exist today to tackle violence against women despite there being a UN Declaration on the Elimination of Violence Against Women in place since 1993 and other incredible worldwide conventions and policies put in place for women’s protection (see the UN Women’s Timeline for a much needed uplift here).

The discussion is left wide open for debate but I’d argue that right now we might be falling down towards the trough of the fourth wave, making splashes and spraying salt water in the faces of the patriarchy. But, we’ll soon rise up, stronger in our diversity to form a powerful crest which will be the fifth wave of feminism. What will it look like? Equality, hopefully!