Fragility and Pandemics: Finding the right equation to steer action

Six hundred years later we are confronting coronavirus ­– perhaps the largest pandemic in generations. In our highly interconnected world, the virus spread rapidly and is now present in 180 countries. To date, infections and fatalities have hit mainly middle and high-income countries – perhaps unsurprising, as these are the locations with the greatest number of international travellers. But with each passing day, more cases are appearing in low-income countries and countries contending with exceptionally high violence levels and ongoing conflict.

As the pandemic continues its global expansion, many are trying to predict the scale of its impact. UNDP has, for example, projected that half of all jobs in Africa could be lost as a result of coronavirus, devastating already weak economies and putting families and individuals in dire economic straits.

One theory is that countries with the highest levels of fragility will be those within which coronavirus takes root and is the hardest to tackle. As defined by the OECD, these are the countries with greatest exposure to risk and the least ability to manage these risks. In fragile contexts, it is easy to assume limitations in sharing necessary communications, including appropriate preventive measures essential to limit spread of the virus, and capacity deficits within healthcare systems. The Ebola outbreak in West Africa lasted for two and a half years, in part due to difficulties setting up infrastructure in resource poor areas, but also due to deep scepticism of government and international assistance. In Somalia, a country that has struggled with decades of conflict and severe governance deficits, only 20 intensive care unit beds are available.

END_OF_DOCUMENT_TOKEN_TO_BE_REPLACED 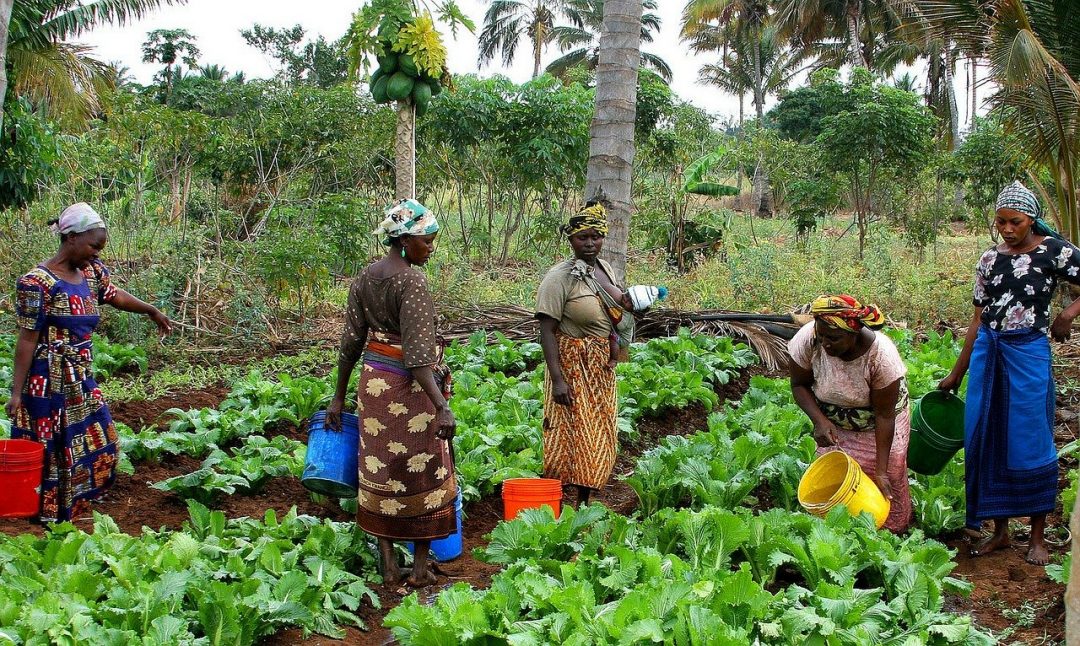 The food on your table starts with a seed. Everyone knows that. But as the depth of the COVID-19 crisis settles in, there is not enough attention being paid to the basic questions: Who puts the seed in the ground? What help do they need to get there? What can the world do to ensure that we don’t miss planting season and spread a global food crisis on top of COVID-19?

The food on your table also starts with women. Women till the soil, sow the seed, feed the children, and take care of the sick. Women produce 70% of Africa’s food.

As the pandemic spreads, the risks to their health – and their family’s health – and the burden placed on these women will increase dramatically. Ebola and other public health emergencies have shown clearly how outbreaks threaten the foundation of our food chain. If the women or their families are ill, they cannot plant. If farmers cannot use migrant workers – who plant the wheat in Canada, the onions in California, and the cocoa in Cameroon – they cannot plant. If cross-border trade dries up, farmers cannot get the supplies they need to get those seeds in the ground.

END_OF_DOCUMENT_TOKEN_TO_BE_REPLACED

UPDATE: In the last week, we’ve seen some critical interventions from WHO, GAVI and others on the importance of ensuring development and distribution of a COVID-19 vaccine happens on an equitable basis worldwide.

As the world mobilises to develop a vaccine, some countries will struggle to ensure their citizens are protected against COVID-19 – unless work starts to prepare them now.

Those most at risk of being left behind? The poorest and most fragile countries. And those with weak institutions and poor public health infrastructure.

The great divide of the 2020s could be between the vaccinated and those denied access to immunisation. Beyond the obvious health implications, countries risk finding themselves cut off from the rest of the world, as richer and more stable countries protect themselves from secondary epidemics.

The global race to create a COVID-19 vaccine is well underway. Teams in the USA and China have already reached the first big milestone of Phase 1 clinical trials on humans, with others hard on their heels in Germany, the UK, and Australia. It’s going to take 18 months or so, and likely cost between $200 and $500 million, but the chances of a successful vaccine are high.

END_OF_DOCUMENT_TOKEN_TO_BE_REPLACED 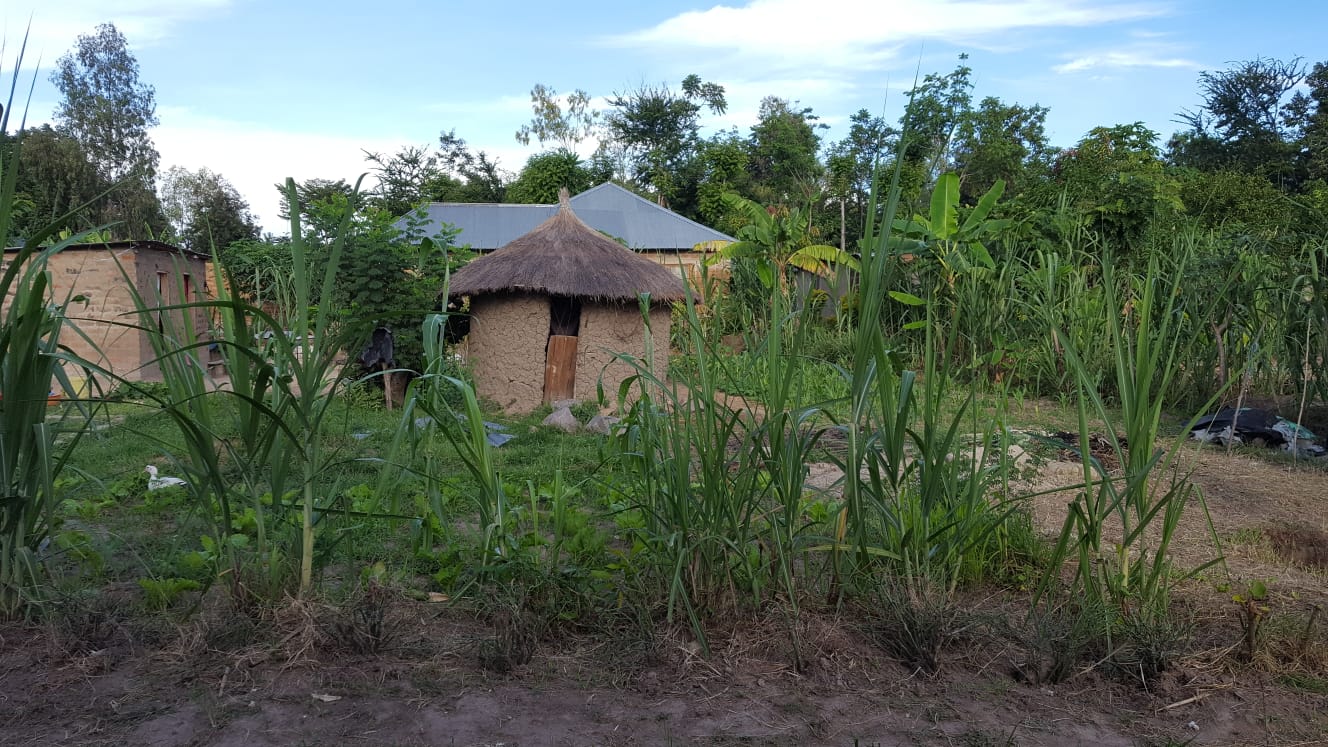 More on the Coronavirus and Slums

A few days ago on Global Dashboard, Mark Weston called for urgent action to respond to the needs of people living in slums during the coronavirus pandemic. The post has gone viral on Facebook, as interest in the subject has begun to intensify.

The Institute for Development Studies published this detailed briefing outlining the challenges facing those working to limit the virus’s impact in informal settlements, and suggesting a number of possible solutions. Clear information and advice, the authors argue, are critical for achieving buy-in to policies from slum residents. Drawing on the lessons of the HIV/AIDS pandemic, moreover, they highlight the need to collaborate with local residents to ensure that stigma doesn’t accelerate the virus’s spread.

In South Africa, the NGO IBP and others have produced this widely-shared flyer to show people living in informal settlements how to use shared taps and toilets without increasing their risk of COVID-19 infection. Another NGO, Slum Dwellers International, is working across Africa, Asia, and Latin America to help prepare communities for the virus.

Mark’s piece was picked up by South Africa’s leading news website, the Mail & Guardian. Last night he was interviewed on Cape Town’s Cape Talk Radio. While in some ways “African countries have been ahead of the game” in bringing in COVID-19 containment measures, he warned that “it will be dangerous if the countries of the Global South imitate those of the Global North” in their approach:

“Countries like South Africa have to develop their own policies, and even within South Africa you will need to have different policies for different informal settlements.”

Mark also made the point that responses in informal settlements will be most effective if they are community-led, with governments playing a key supporting role:

“The answers are going to come from within communities themselves. The community is the first line of defence, but governments can’t just wash their hands of this. They need to give communities what they need, things that they can’t access themselves.”

The podcast of the interview is available here. We hope the momentum will continue to build in the coming days and weeks.

COVID-19 and the Intergenerational Covenant

Until a month ago, a deep generational divide was the new front line in our polarised politics. But COVID19 could be about to change that – if we get this moment right.

Here in the UK, the December 2019 general election saw voting split along age rather than class lines, with the Conservatives winning 60% of votes among the over-65s while Labour won less than 20%.

Age divides on specific issues were just at stark – Brexit, most obviously, but also immigration (a factor in nearly 20% of over-65 votes compared to less than 5% of 18-24 year olds), cost of living (an issue of less concern to over-65s than any other age group), or climate change (the most important issue for 32% of 18-24 year olds, but only 13% of over-65s).

In the US, too, age has become a key dividing line. In the 2016 election, 18-29 year olds preferred Clinton to Trump by a huge 55%-37% margin, while over-65s chose Trump over Clinton by 53%-45%. In German politics, meanwhile, last year’s EU elections saw 33% of under-30s vote Green, pushing the party to second place in German polls for the first time ever in a nationwide poll amid a similarly widening generation gap.

None of this is surprising. Young people have had a shocking decade – bearing the brunt of austerity while coping with student debt, high housing costs, job insecurity, low pay, difficulty saving, and steadily tougher dependency ratios. Many older people, meanwhile, have enjoyed protection both from their higher rate of asset ownership, and the political clout of being a large generation that’s much more likely to turn out to vote.

Now, COVID19 puts all this into an even starker light. Younger people are taking a huge economic hit in order to protect older people. It’s an extraordinary act of solidarity across generations, and one that has the potential to be deeply healing and reunifying at a point when many countries sorely need it. But whether that potential is realised depends very much on what happens next.