China – not yet a global power

China has been taking flak for its relatively small contribution to the international aid effort in the Philippines following Typhoon Haiyan. It’s pledged about $1.7m so far compared to much larger amounts from the US, Japan and European countries. One possible explanation for this is the escalating dispute over maritime borders between Beijing and Manila, although the slow bureaucratic gears in China may also responsible. But if China wants to be seen as a global – or even regional – power, the argument goes, then it should be contributing more to global public goods, such as humanitarian aid.  But does China see itself as a global power and how do the Chinese view their integration into the global economy and their new-found international influence? Here’s a review I’ve written of leading sinologist, David Shambaugh’s latest book which unpacks Beijing’s impact on the world

We know why we were left to die

China and India are the two giants of what are called the emerging powers – they are the ’I’ and ‘C’ in the BRICS  – but despite their membership of that grouping, relations between them have long been uneasy.

They fought a brief war in 1962 high in the Himalayas over their disputed border. It ended with India humiliated and to this day anti-Chinese rhetoric is commonly heard at demonstrations and in the Indian media. For their part, the Chinese resent that India has hosted the exiled Tibetan spiritual leader, the Dalai Lama, and the Tibetan government in exile, since they fled after the failed Tibetan uprising against Chinese rule in 1959.

I wrote last week that China’s maritime borders remain tense and a possible flashpoint. But this week, there is potentially better news from China’s south western border where Beijing has taken a significant step to improving relations with India with a visit to Delhi by the new Chinese Prime Minister, Li Keqiang.

The visit followed a month when tensions had been running high after soldiers from the two sides moved into an area on the disputed border and faced off. This ended when ahead of Mr Li’s scheduled visit, senior officials from both sides picked up the phone and agreed to pull their troops back.

There had been pressure on the Indian government not to back down with anti-Chinese protests in several parts of the country and expressions of outrage in mainstream and social media. In China, there was little public and media reaction as the incident went largely unreported, although past studies of how India is viewed on Chinese social media suggest a none too flattering opinion – more condescending than hostile.

So why did both governments decide compromise was better than confrontation?

You won’t be surprised to hear that part of the answer is economics. As both countries have grown rapidly over the past decade, trade between them has shot up from $2 billion to $75 billion a year and China is now India’s largest trading partner. Although, there are concerns in Delhi about the size of the trade deficit, both sides are keen to see this grow further and during this week’s talks Li Keqiang told his counterpart, Manmohan Singh, that Beijing would address the trade deficit.

China has clearly decided that better relations with India are a priority. The official media made much of the fact this was Mr Li’s first official trip abroad since taking office in March and has talked  up the visit. On arriving in Delhi, Li said the fact it was his first foreign trip showed “the great importance Beijing attaches to its relations with Delhi”.

What he didn’t explicitly say was why. And, in addition to trade, the answer there seems to be the United States.

Washington has made a huge effort to improve its relations with India over the past few years, even going as far as to sign an agreement on civil nuclear cooperation in 2008 despite the fact India never signed the nuclear non-proliferation  treaty and has developed its own nuclear weapons arsenal.

Many in Beijing have interpreted this as part of an American attempt to contain China.  The Obama administration’s “pivot to Asia”, which has seen the US boost its military and diplomatic focus on China’s neighbourhood, has intensified Beijing’s concerns. Some China-watchers have dubbed this the “go west” strategy – facing containment on its eastern seaboard where it is ringed with allies and friends of the US like Japan, Taiwan and the Philippines, Beijing has decided to give itself options to its west.

This may lead to better relations between China and India which makes for a more stable world, but not everyone gets to benefit.

This week, my programme, The World Tonight, heard from some of the people who are losing out in a rare report from Nepal. Traditionally, India has had the greatest influence over Kathmandu, but in recent years China has become more influential. Many Tibetans fleeing Chinese rule of their homeland end up in neighbouring Nepal, but the Nepalese government, allegedly out of deference to China, is restricting their entry and making life difficult for those who get across the border.

A reminder of the human cost of great power politics which remains as much a factor of today’s world as it has throughout history.

Nuclear war called off in Korea – time to relax?

Something quite significant happened this week– though you may have missed it.

It seems the US military doesn’t think there will be nuclear war with North Korea.

A few weeks ago, you could have been forgiven for thinking we were on the brink of something similar to the Cuban Missile crisis of 1962. Pyongyang was threatening a nuclear strike on America and the US – in an unusual move – publicly announced nuclear-capable stealth bombers were taking part in joint military exercises with South Korea.

But then this Monday, unreported by most media, the US Army commander in the Pacific, Lt. Gen. Francis Wiercinski, said he thought ‘the current cycle of provocation (by the North) has come to its end point’.

Things have probably quietened down because the joint exercises are over and the leadership in the North feel they’ve achieved whatever it is they set out to do.

For instance, also this week, the North Korean Defence Minister was replaced . Although we don’t know for sure why he was given the push, there‘s speculation it’s part of efforts by the isolated communist state’s young leader, Kim Jong-Un, to consolidate his hold on power.  Kim is the grandson of the North Korea’s founder, Kim Il-sung; but at only 30 he’d had very little time to build a power base of his own when he inherited the leadership on the sudden death of his father, Kim Jong Il, 18 months ago. Indeed, many North Korea watchers attribute the recent nuclear sabre-rattling to Kim’s attempt to build support inside the corridors of power in Pyongyang by appearing strong and martial.

Whatever the reason, the North has also removed missiles it had deployed on its east coast near the border with the South.

So we can breathe a sigh of relief then? END_OF_DOCUMENT_TOKEN_TO_BE_REPLACED 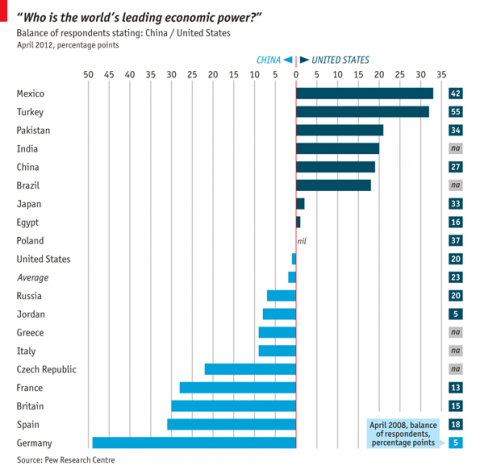