Brookings: How Not to Evaluate Aid Effectiveness 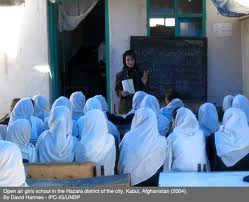 It is with this understanding that I read the recent Brookings report on aid to fragile states. END_OF_DOCUMENT_TOKEN_TO_BE_REPLACED

Opening Remarks at a Seminar on Confronting the Long Crisis of Globalization – Risk, Resilience and International Order (pdf of paper), Brookings Institution, 29 March 2010

The forerunner of this paper was commissioned by the UK Prime Minister in Spring 2008 and was presented at the Progressive Governance Summit in Watford on 5 April of that year.

At the table were a dozen or so heads of state, plus the heads of the WTO and IMF, and a few wildcards, most visibly Bill Clinton, who spent much of the summit in a rage about a mysterious figure he would only identify as ‘my wife’s opponent.’

Our section of the agenda was on building an international system that could withstand global risks, but its start was much delayed. Leaders wanted to get stuck into the nitty gritty of the most recent and pressing crisis – an economic one. Bear Stearns had just been bailed out and heads were clearly shocked by what this had revealed about global economic systems.

That day, the general view was that the acute phase of the crisis was now over. While the world had experienced unprecedented market turbulence, the situation was now under control and the focus should switch to rebuilding. As it turned out, of course, the tsunami of financial destruction was still building – with the worst impact months later, after Lehman’s was allowed to collapse in the Autumn.

Governments were forced to admit that they had little idea of how global economic systems worked – and still have only provisional thoughts about how to fix them. If the financial crisis has changed anything, it’s that it’s now acceptable to admit that too often, today, policymakers simply don’t know what to do. Our presentation to leaders was written from the belief that this crisis of confidence was not just confined to the economic sphere.

We have lived through an unexpectedly turbulent opening decade of the 21st century. The financial crisis shattered all assumptions about how economic risk is controlled, especially as it crosses the borders between organizations, countries, and categories (from the risk itself, to instruments derived from that risk).

We also witnessed 9/11 and the ill-considered and poorly-executed invasions of Afghanistan and Iraq that followed it – an event that took governments by surprise, and a reaction that was marred by moral, strategic and intelligence failures. 9/11 has, and will continue to have, far-reaching implications for the way the US and its allies think about security, while also significantly limiting their scope for action when confronted by new threats.

Finally (and least commented upon), we experienced a pronounced oil and food price spike – a harbinger of how difficult it will prove to cope with the world’s interrelated demographic, economic, and resources constraints. Again, it is clear that we lack understanding of the complex interplay between demand (driven by population numbers, wealth and, on occasion, speculation) and supply (driven by natural limits, investment patterns, and regulation) across a range of resources, each with interlinked patterns of usage and pricing.

Looking at these three events, we see a number of common threads which taken together define what we term the long crisis of globalization. These include: