Algeria, Mali and the West: Joining the Dots in the Sahara 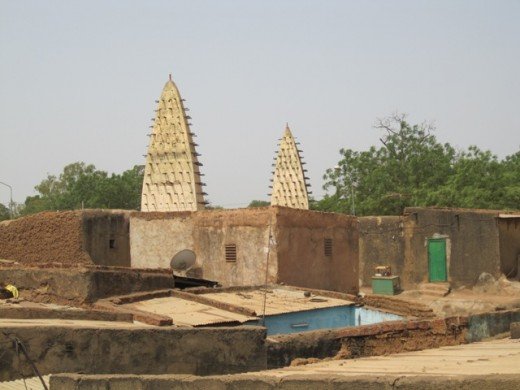 ‘We need to be absolutely clear whose fault this is. It is the terrorists who are responsible for this attack and for the loss of life.’ (David Cameron, House of Commons, 18 January)

‘The responsibility for the tragic events of the last two days squarely rests with terrorists.’ (William Hague, Sky News, 18 January)

In the light of the weekend’s tragic events in Algeria, the British government has been firm in its condemnation of the terrorists who carried out the kidnappings. This reaction is understandable. The attacks were conducted by bad, deluded men taking murderous decisions in support of a bad, deluded ideology.

But it is also only a partially correct interpretation. Yes, the immediate event in question can be blamed on a small group of terrorists, but these terrorists did not emerge in a vacuum, and once the dust has settled it is to be hoped that the British and other Western governments will develop a more considered, more nuanced analysis.

You do not have to go too far back down the trail that led to the kidnappings to discover Western actions that made them more likely. Mokhtar Belmokhtar, the mastermind behind the attacks, is probably a fanatic, definitely a murderer. But he rose to prominence in Algeria’s civil war in the 1990s, which had been triggered by the annulling of an election won by Islamists. The French government supported the illegitimate Algerian leadership in that conflict, thereby helping to nurture the generation of violent radicals from which Belmokhtar and other Al Qaeda in the Islamic Maghreb (AQIM) leaders sprung.

Nor can Belmokhtar carry out attacks alone. He needs men and arms, and to acquire these he needs money. He and his AQIM cohorts have had two major funding sources. The first is drug trafficking across the Sahara, a trade which would not exist if Europe, instead of deflecting its law and order problems onto Africa, legalised drugs. The second is kidnapping – tens of millions of dollars have been paid to AQIM by European governments in return for the release of hostages. (A third revenue stream is human trafficking, whose extent is unknown but which is rendered possible by Europe’s restrictions on legal migration from Africa).

With the funds from these activities, Belmokhtar can buy arms, including those that scattered across the Sahara after the fall of Gaddafi in Libya. Gaddafi’s demise was hastened by Western military involvement in the conflict, yet Western forces failed to stop large quantities of weapons falling into the hands of AQIM and of the Tuareg fighters who instigated the troubles in Mali to which the Algeria attack was a response. Some of those arms, moreover, are likely to have been sold to Libya by the UK, France and other European powers.

Belmokhtar can also buy men. West Africa is full of unemployed, frustrated young men who see no prospect of achieving their goals through peaceful means. Their governments have been hollowed out, first by Western colonialism (a former British foreign secretary in 1943 likened the granting of independence to ‘giving a child of ten a latch-key, a bank account and a shotgun’), and more recently by corruption. Mali’s pre-coup government is itself widely thought to have been involved in the drug trade, and the corruption this engendered left it ill placed both to invest in the country’s youth and to fend off revolt (it was eventually toppled by a ragtag bunch of junior soldiers). In nearby Nigeria, whose own fundamentalist terror mutation Boko Haram has supplied fighters to the Mali rebels, corruption abetted by Western oil companies has exacerbated northern discontent and made it easier for young northerners to persuade themselves that violence is justified.

This hollowing out of governments leaves young people marooned in the face of greater challenges. The population boom has combined with climate change to render it ever more difficult for them to find work and set up families. Rainfall in the Sahel region has declined by one quarter since 1950, and it is not Africans who have caused the environment to heat up. The population boom was assisted by Western medical advances, but was not accompanied by efforts by the colonial powers to educate their people. Europe enjoyed the same medical and public health advances as West Africa, but the population boom in the former was much less dramatic, and one of the reasons for this is that European women were better educated and therefore better able and more inclined to keep fertility to manageable levels. When Guinea-Bissau gained independence from Portugal in 1975, only one in fifty Guineans could read and write – again, the roots of current events can be traced back to Western actions. West Africa’s burgeoning generation of young men, meanwhile, has become a fertile recruiting pool for Belmokhtar and other jihadis.

I could go on, to discuss how other events with which Western countries had been involved – the colonial powers’ division of the Tuareg homeland, the Mali government’s historic failure to help the Tuareg cope with the effects of climate change, this month’s French intervention in Mali, etc – were all directly or indirectly linked to the disaster in Algeria. But Western policy-makers should be getting the picture by now (if not, they can look to this excellent Observer editorial for an even broader view). Cameron and Hague’s response to the kidnappings is understandable, but in the long-term unhelpful. If the West is to help stop these events happening in the future, a more constructive approach, in a globalising world where repercussions quickly cross borders, would be to examine its own role in making their occurrence more likely.

Last week, a pro-Gaddafi protest in predominantly-Muslim Guinea was banned. This week, a similar event in Niger has been outlawed, with the head of the apparently moderate Islamic Association of Niger describing the attacks as a ‘crusade against the Islamic world.’

Al Qaeda in the Islamic Maghreb – the terrorist organisation’s West African branch – is already gaining strength thanks to ransom payments it has received in return for releasing Western hostages. There must be a risk that what is happening in Libya will push new recruits into its arms.

Al Qaeda in the Islamic Maghreb: Sponsored by Europe

Last month, not long after the release by the terror group Al Qaeda in the Islamic Maghreb of two Spanish hostages it had held in captivity for nine months, came the news that Acció Solidaria, the NGO that employs those hostages, plans to send another aid convoy to the same region in “homage” to the freed men.

It will be sending this convoy in the knowledge that there is a serious risk of a second kidnapping. The French, British and American governments all strongly advise their citizens against travel through Mauritania, northern Mali and northern Niger, and the number of kidnappings of Westerners in this region has risen sharply in the past two years (five French citizens working in Niger, snatched two weeks ago, were the latest victims). Even the governments of the West African nations concerned have acknowledged the danger, and they are busy promoting other parts of their countries as safe havens for tourists.

Acció Solidaria knows that, although it calls itself a non-governmental organisation, if a second kidnapping takes place it will be able to count on the Spanish government to bail it out. That government gave seven million Euros to AQIM and its intermediaries to secure the release of those freed in August. In recent years, AQIM has also reportedly received large ransom payments from the Canadian, Italian, German, Swiss and French governments. As a further part of the Spanish deal, moreover, an AQIM militant was released from prison in Mauritania.

The leaders of AQIM are growing rich. The funds acquired will enable them to buy faster jeeps, more weapons and men, and the latest in GPS and communications technology. But kidnapping is unlikely to remain their sole raison d’être; the pressures on them are such that hostage-taking can only be a means, not an end. Even if AQIM’s leaders wanted to just take the money and spend it on a life of luxury, the patrimonial nature of relationships in West Africa would make this impossible. Those who have wealth here cannot enjoy it alone; just as they have been helped by others on their way up, so must they now repay that assistance and dispense largesse to their growing band of dependents. If they refuse, they will be ostracised. Their families and communities will cast them out. As word gets around that they have come into money, the number of supplicants will swell; they will have no choice but to continue to accumulate, to amass and dole out ever more wealth and ever more power. END_OF_DOCUMENT_TOKEN_TO_BE_REPLACED

Support for suicide bombing in freefall among Muslim publics

From the Pew Global Attitudes project:

Eight years after the September 11 terrorist attacks on the World Trade Center and the Pentagon, the Pew Global Attitudes Project finds that support for Osama bin Laden has declined considerably among Muslim publics in recent years. Moreover, majorities or pluralities among eight of the nine Muslim publics surveyed this year say that suicide bombing and other forms of violence against civilians can never be justified to defend Islam; only in the Palestinian territories does a majority endorse such attacks.

The drop in support for bin Laden has been most dramatic in Indonesia, Pakistan and Jordan. Currently, about one-quarter of Muslims in Jordan (28%) and Indonesia (25%) express confidence in the al Qaeda leader to do the right thing regarding world affairs; in 2003, majorities in each country agreed (56% and 59%, respectively).

Death in the desert 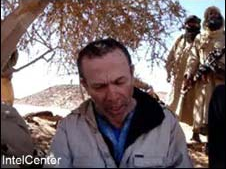 Back in February, I gave a talk on security in West Africa at a Demos leadership masterclass on International Security and Counter-Terrorism.  Yesterday came news that Al Qaeda’s African arm had killed a British hostage, Edwin Dyer, whom they captured in Niger in January (they killed him in neighbouring Mali). In my talk, I predicted that the security threat from West Africa might be more of a long-term problem for Europe, but that it was one that was worth monitoring in the short-term too. It seems the threat might be more immediate than I feared. The talk is available here.