In the town centre the austere concrete municipal building is still inscribed with the old Apartheid-era name name Witbank, but the town has been rebranded eMalahleni, isiZulu for the place of Coal. The name perfectly captures not just the economic dominance of coal in the town but that the town in itself is organised around coal. Across the globe, coal mining corporations are under pressure for producing the fuel that is worst for the world’s climate; coal corporations seek to counter this pressure by drawing attention to the development benefits they bring. Where better to see those benefits than the Town called Coal? Here are some of the people we met and the benefits we saw. 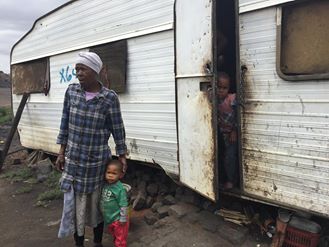 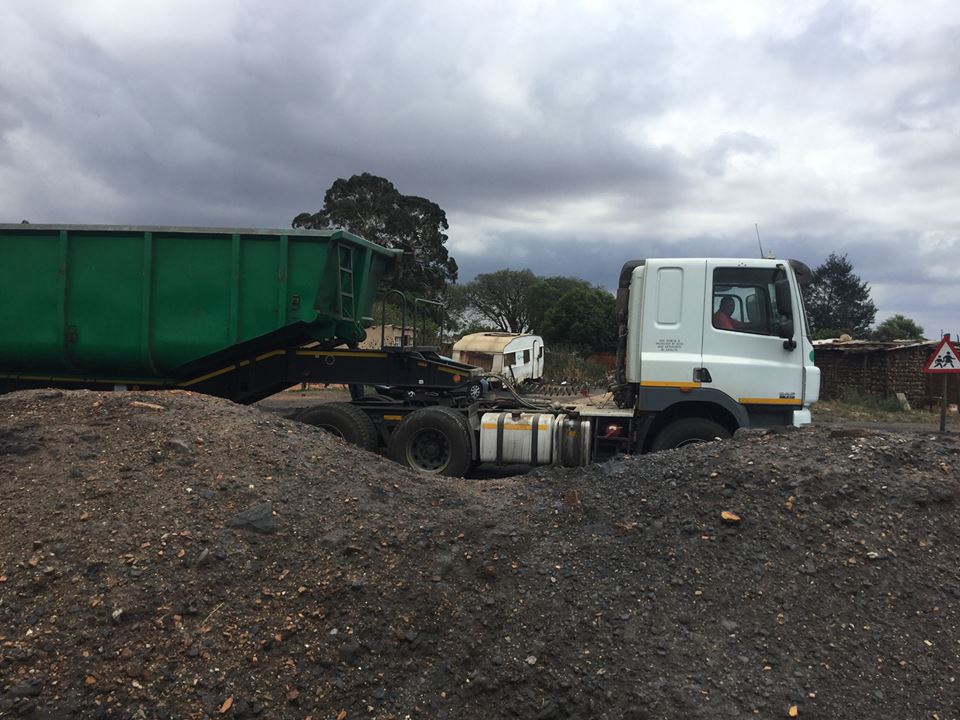 Sara lives together her daughter and her grandchildren in a disused trailer just yards away from the MNS coal mine. Sara used to be a farm worker, until the farm on which she worked was sold off to a mining corporation. Like the other farm workers, she lost her job, and has not been able to find work in the mine. The coal dust and smoke in the air has brought respiratory illness to her and to her daughter and grandchildren. Though she lives right next to a coal plant, she has no electricity. No one in her community does. There is no power supply for them. 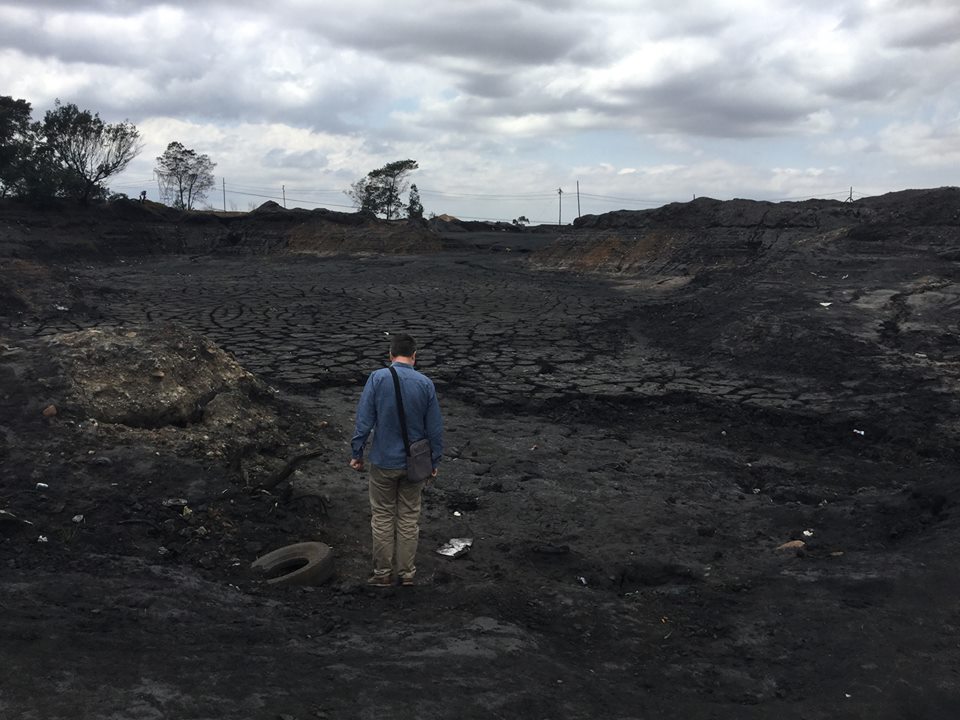 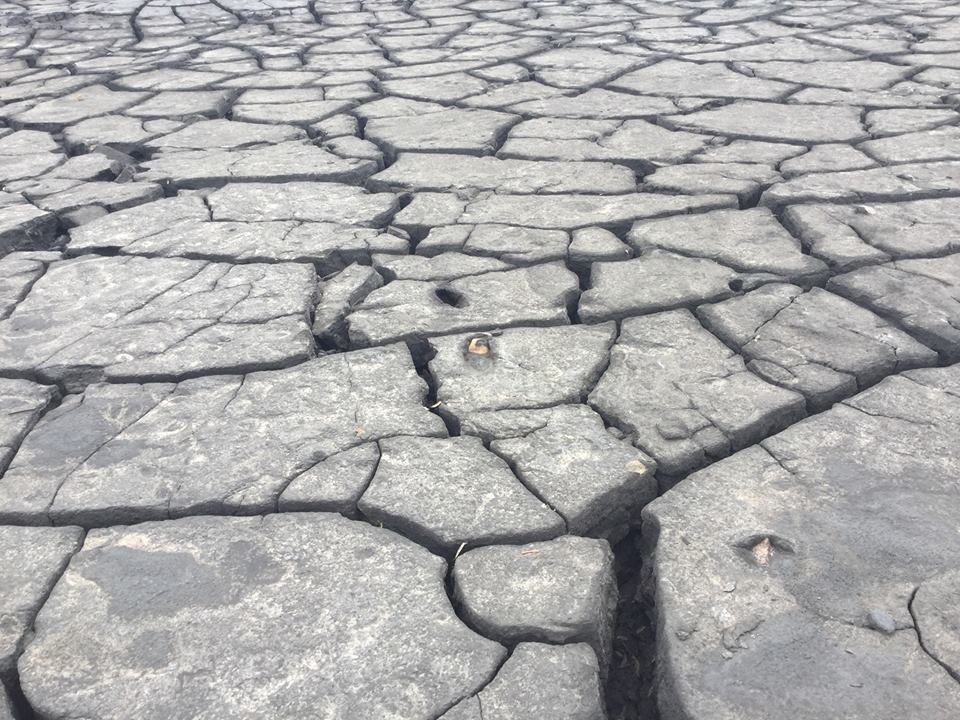 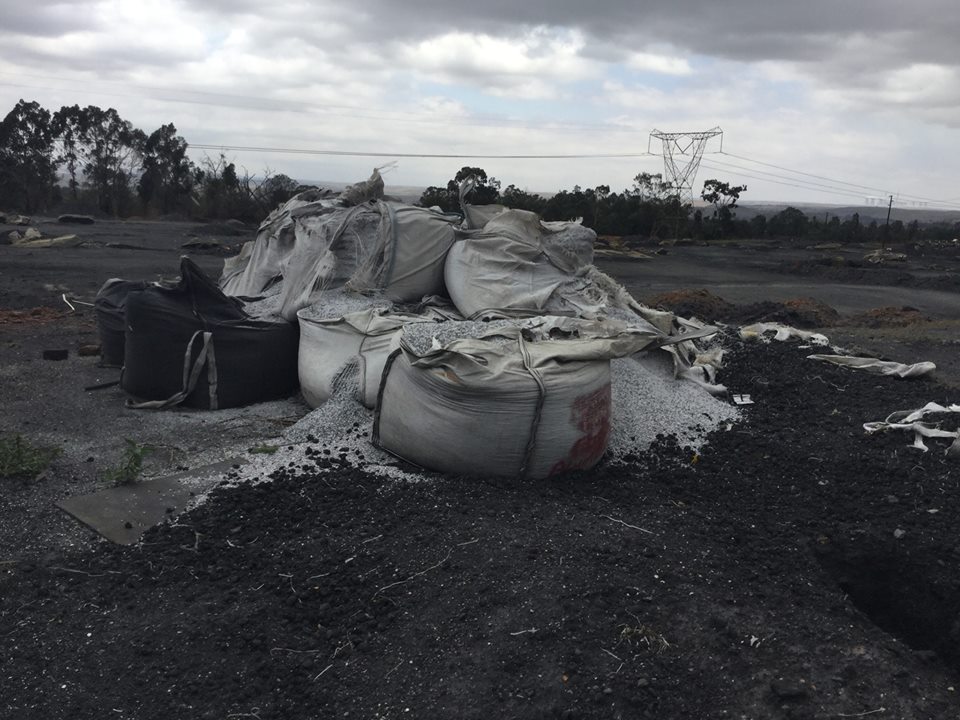 By law, mining areas should be sealed off, but with no barrier I was able to walk right into the open pit. I could taste the bitter air and feel my chest tightening. The next day, I still can. It wasn’t all dark dry desolation: there were also the soft areas where you are at risk of sinking and the areas of unusual bright colours formed by the mixing of other toxic materials with the coal. There seemed to be no serious attempt to hide what has been done, nor to seal off the area, nor to ensure the workers are fitted with protective clothing. All of this was literally out in the open. Perhaps the company were proud. They were certainly not ashamed. 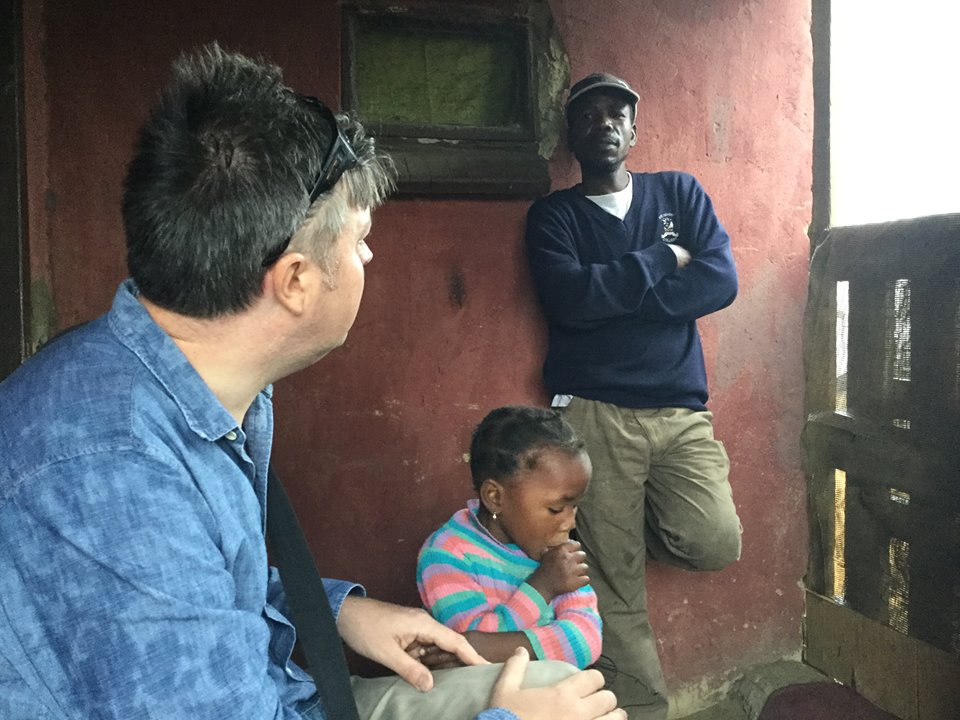 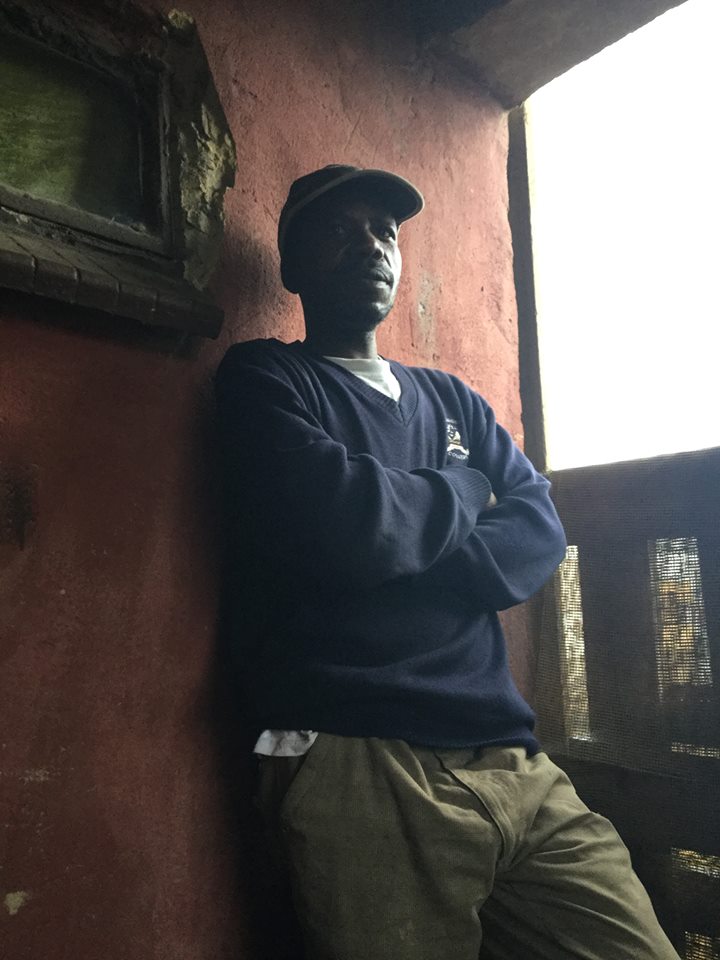 By a coal dump of the Coronation mine, I met Jan. He too has no electricity, and tells me the water pollution from the mine makes him regularly sick. The dust from the coal dump blows straight into their home. He has asked for a job at the mine but each time he is turned away. The mining corporations say they will provide jobs for locals, he tells me, but then they say that the locals have not been trained. He too used to be farm worker, but there is not much farm work these days. Many of the commercial farms have been sold off to the mining companies, and on the farms that remain, farming has become ever more unviable as the soil has been destroyed by the water depletion and acidity caused by the mines. 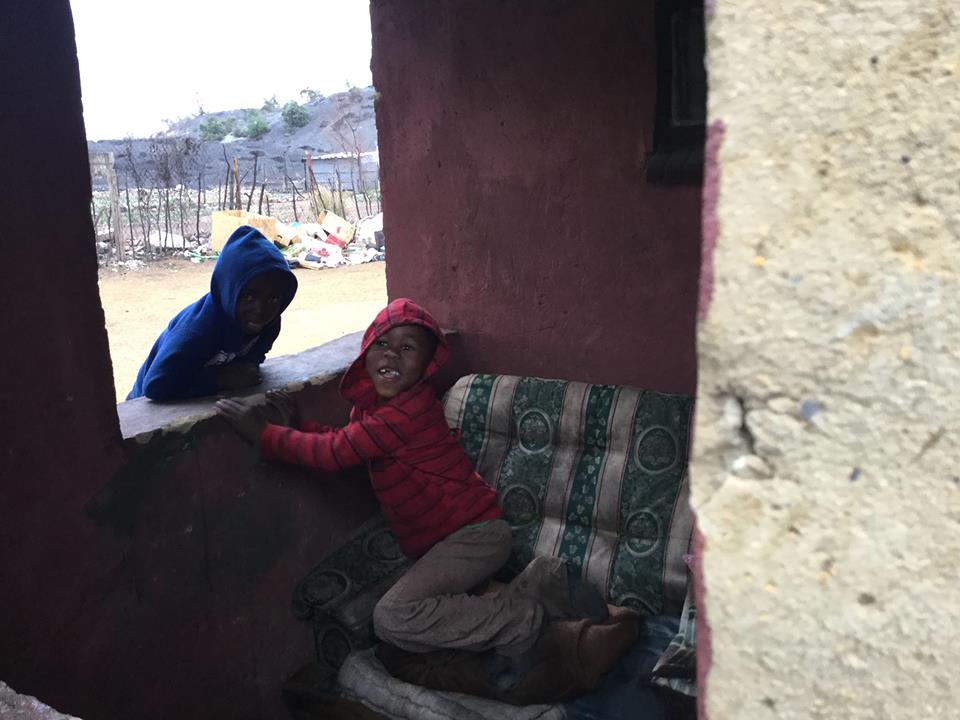 I chatted too with Jan’s six year old son, Lucky. A spirited boy, he loves to play and dance and jump around but there is no safe place for him to go. One day he went to play on the coal dump and came back screaming. Parts of the coal dump are hot from fires underground caused by mining. 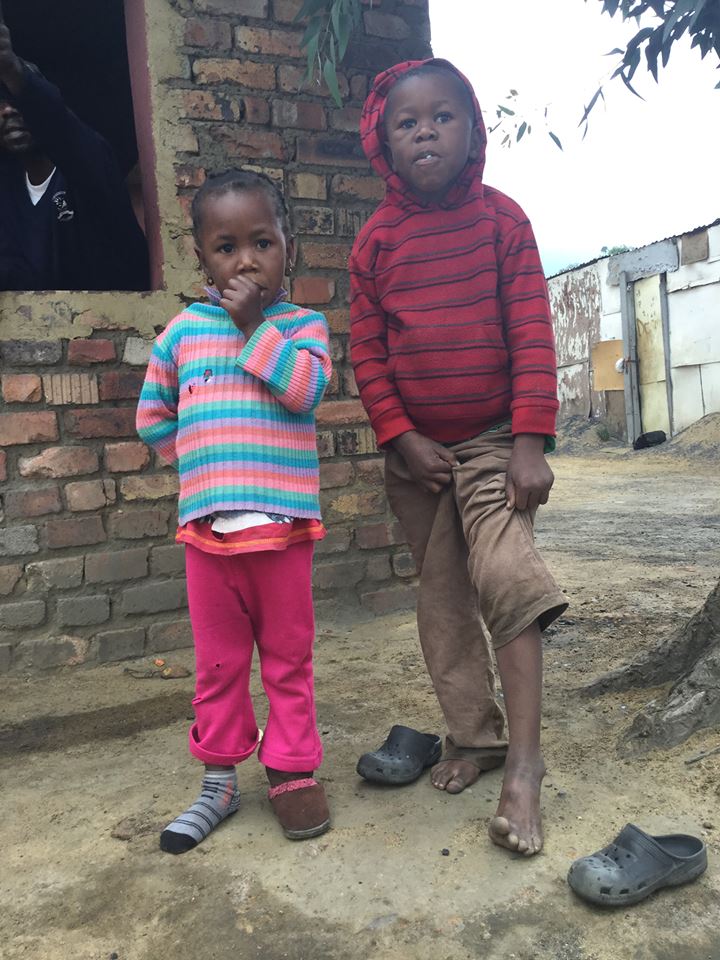 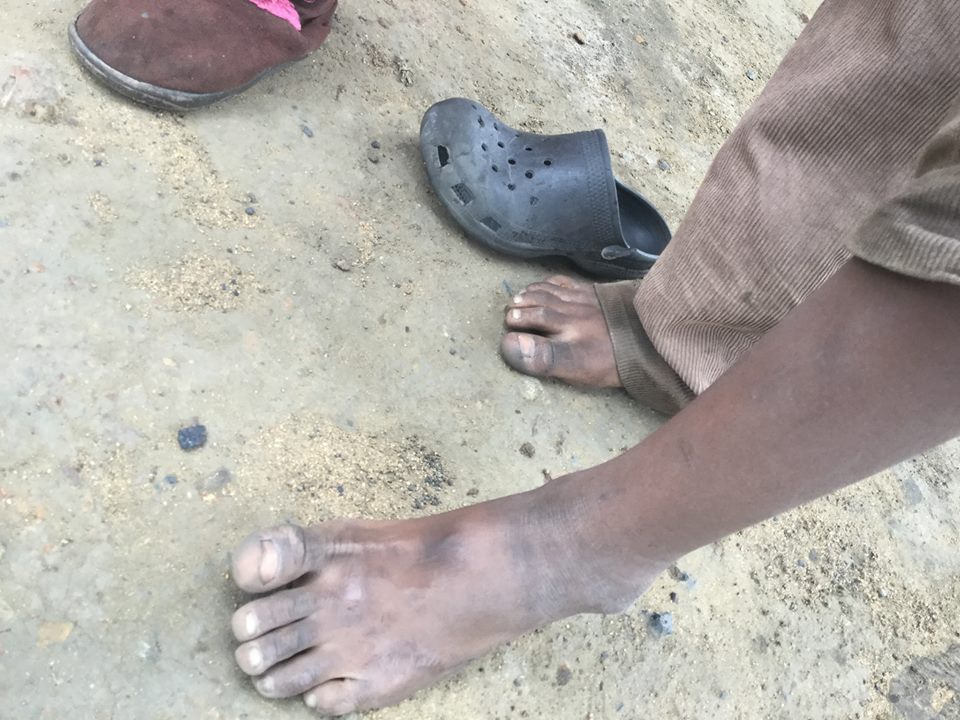 Lucky’s leg was badly burnt. It is still scarred. When he shows his leg, he points to the coal dump. 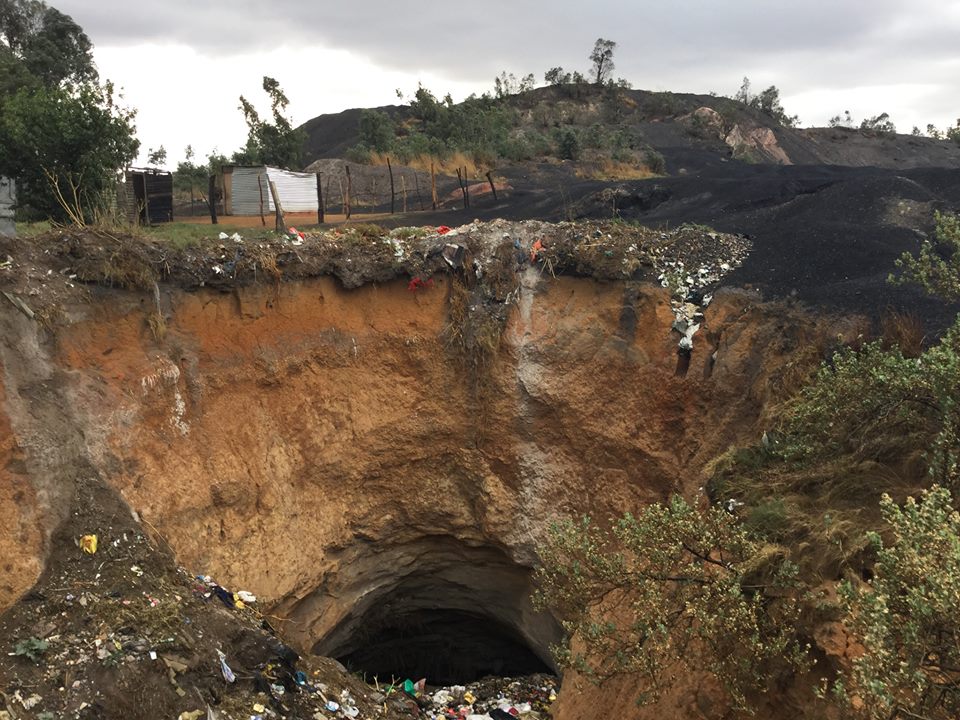 Several huge sink holes have appeared in the area, often right next to shacks. A number of locals have gone missing when walking. It is not known if they have fallen in.

Thousands of homes are at risk of subsidence. Experts warn of a disaster in which it will be impossible to count the dead.

Hell, and the Great Gatsby 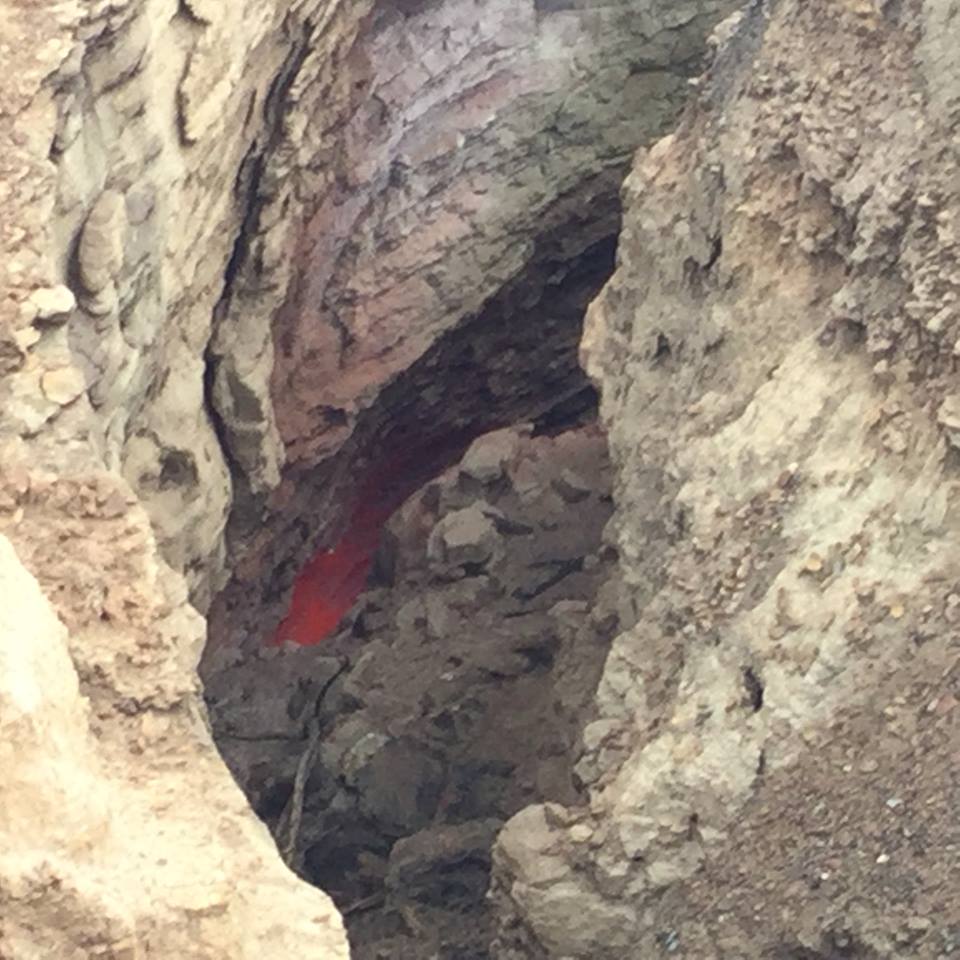 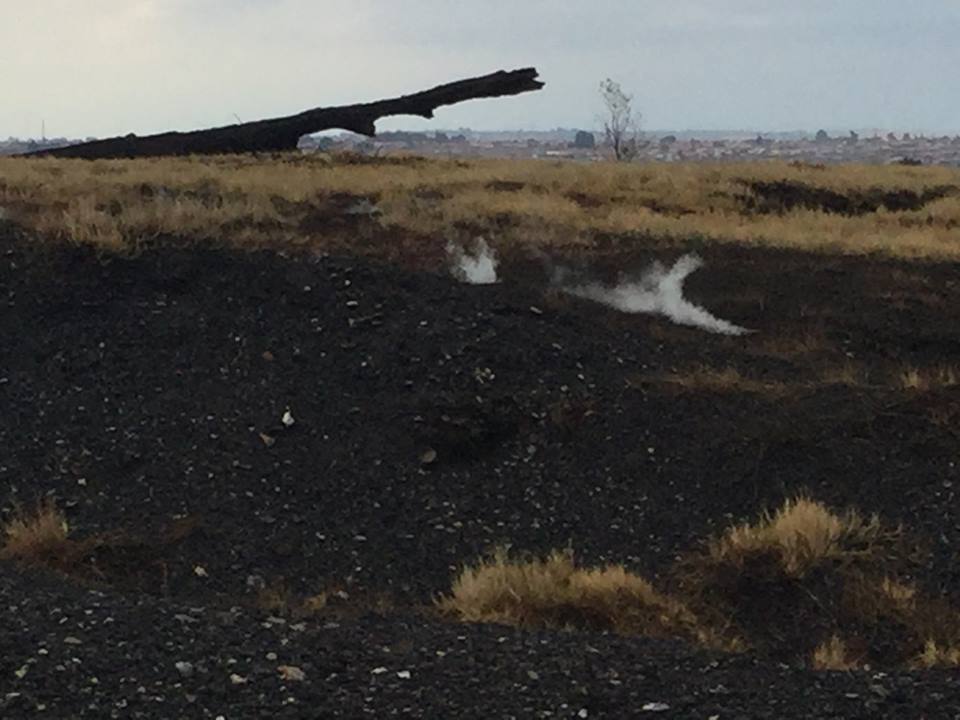 We visited open land above an old mine whose fire continues to burn so fiercely that you can see red hot flame in a crack in the land and smoke rising from the soil. This is not a natural phenomenon, it is a product of mining. The locals call that place Hell.

The locals told us that the coal corporations have destroyed more jobs than they have created for them, that they have polluted and abandoned, that they have killed the soil, poisoned the water, wrecked their health and made the land unsafe. They say that the coal corporations have been able to ignore the laws and enrich only the “in-laws” – the tiny elite of interconnected business-politician families, making inequality even worse. I could hear the echoes of the Great Gatsby. 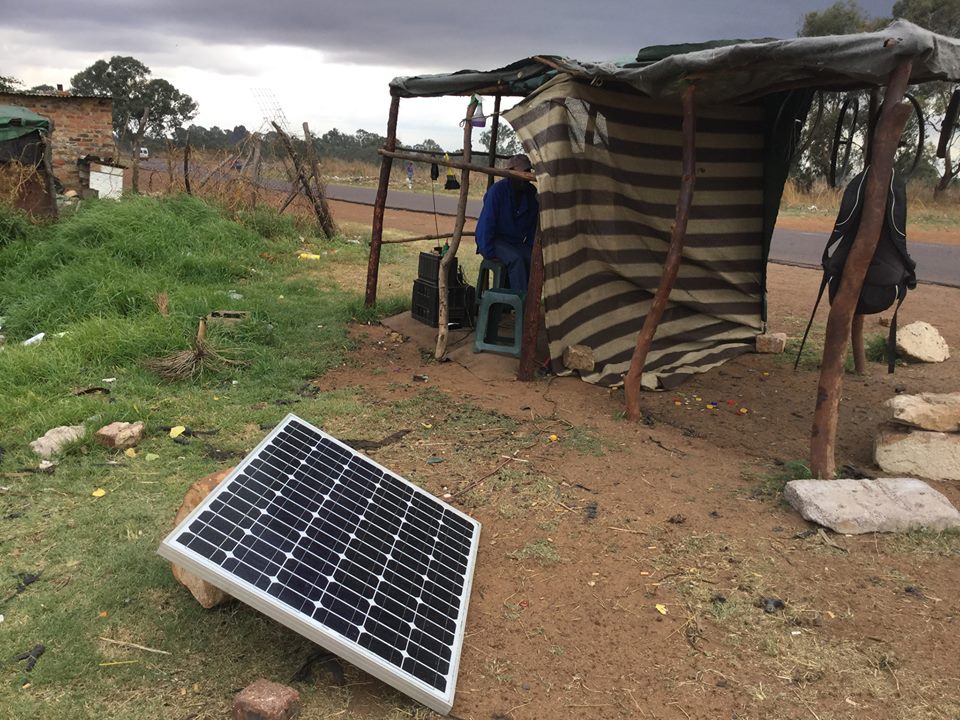 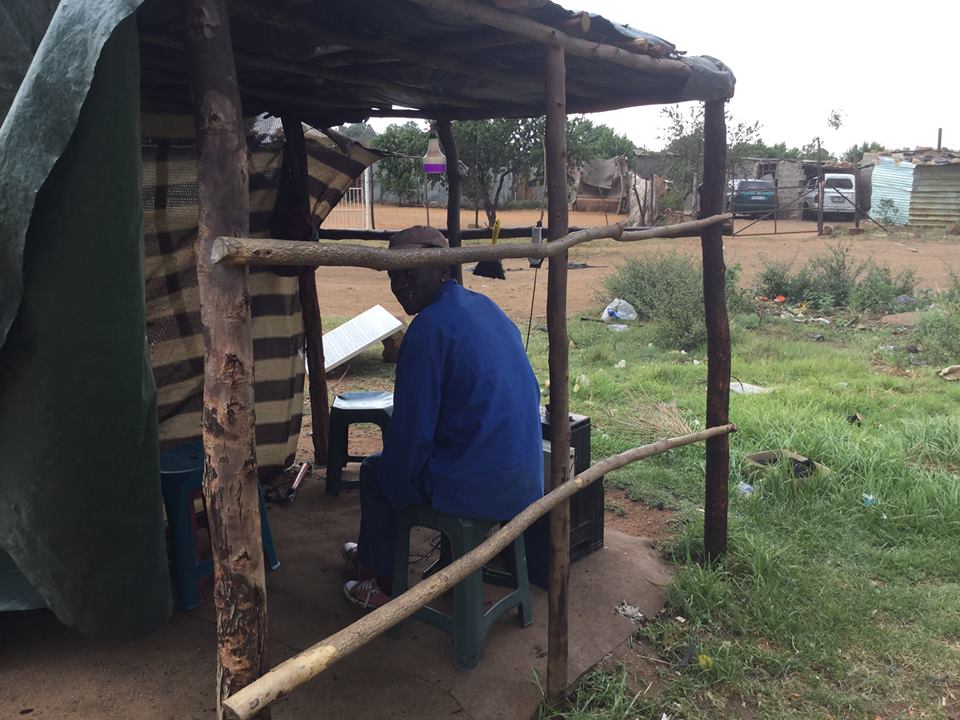 One development argument the coal corporations make is their role in providing people with electricity. Yet none of the communities right next to the mines had been connected to the grid. The local barber shops we passed on the main road all power themselves from individual solar panels because that is the energy to which they can get access.

Another development argument the coal corporations make is the revenue they bring for government. But recently the local government found itself to pay its workers their salaries and it has several times found itself unable to pay its bills. The mining industry are notorious for avoiding their fair share of tax, and for connections with power that weaken the accountability of government at all levels. The dawn of democracy was supposed to reshape the mining corporations. Instead, the mining corporations have reshaped democracy.

Communities are organising under the umbrella of MACUA – Mining Affected Communities United in Action. They are demanding the right to be heard, insisting on nothing about us without us. The mining corporations response has been to ignore the demands and to pressure the organisers, but MACUA’s struggle continues.

What development have the coal corporations brought to the Town called Coal? Perhaps it was just the acrid smoke that made it difficult to see. 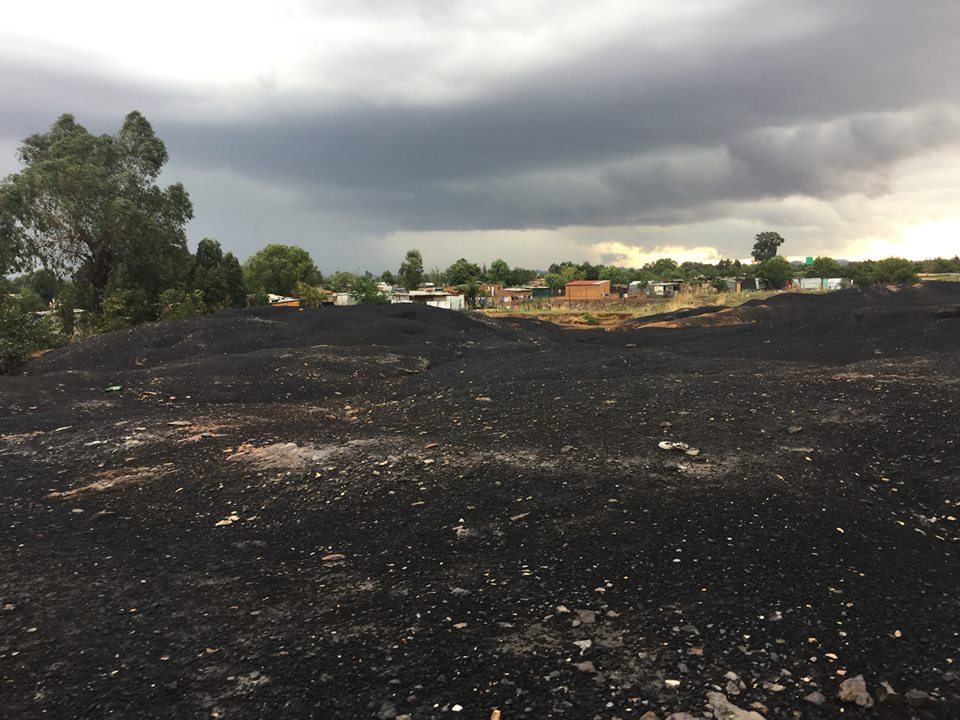 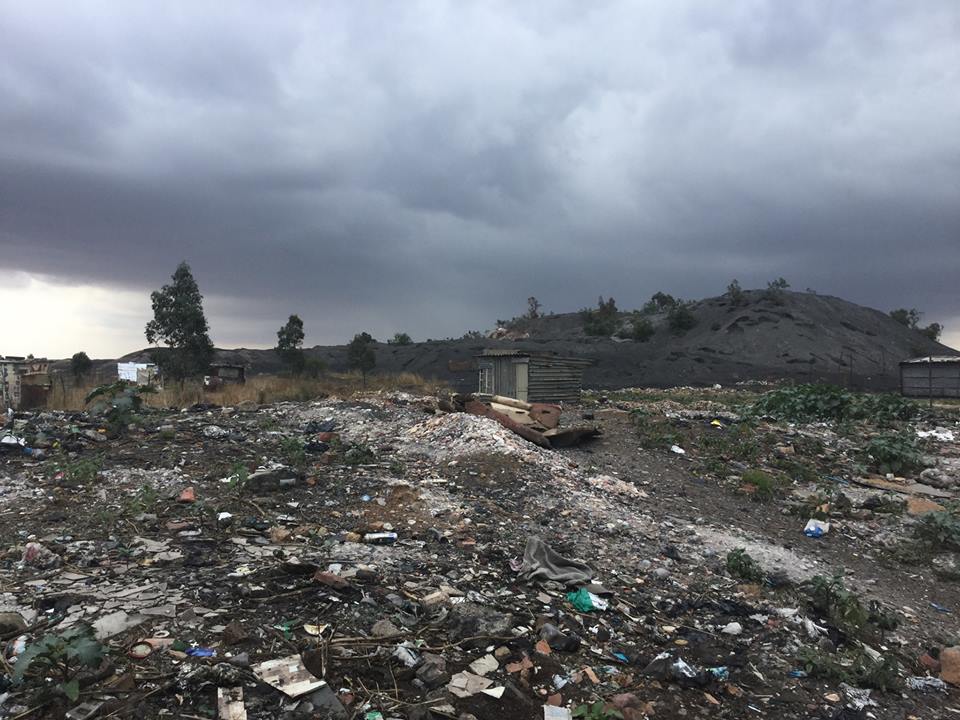