How can we take on the power of the few? Three lessons from Martin Luther King and the Civil Rights Movement in advancing a society that works for all

Development is about power, and the biggest threat to development today is the excessive power of the few. As five major NGO leaders set out in their recent joint call to action, “the widening gap and imbalance of power between the richest and the rest is warping the rules and policies that affect all of us in society, creating a vicious circle of ever growing and harmful undue influence. Global efforts to end poverty and marginalisation, advance women’s rights, defend the environment, protect human rights, and promote fair and dignified employment are all being undermined as a consequence of the concentration of wealth and power.”

But what can we do to take on this power? Perhaps we can learn three lessons from Martin Luther King and the Civil Rights Movement.

First, we need to help make visible the hyper-concentration of power in the hands of a few, how this is impacting all that we all value in on our world, and how it doesn’t need to be this way. The dominance of societies by corporations and the very rich has become so pervasive, and so normalised, that it has been a struggle even to start to make it visible. As was said of racial segregation before the victory of the civil rights movement “Who hears a clock tick, or the surf murmur, or the train pass? Not those who live by the clock, or the sea, or the track.” That’s why the civil rights movement put so much effort into what Martin Luther King called “dramatizing a shameful condition.” They had to ensure that segregation could be visible, and be recognised as a something that could ultimately be rejected. Increasingly, today’s hyper-inequality, once effectively invisible, is recognised, and recognised as damaging. In polls, majorities in the 60 and 70-something percents in nearly all countries say that the rich have too much influence. But we still need to keep highlighting just how extreme, how harmful, today’s inequality is – not just in its economic consequences but even more importantly in how it undermines democracy and dignity – and that it doesn’t have to be this way.

Second, we need the courage to set out a policy platform that really addresses the inequality of power and wealth. At Davos, elites increasingly say that they recognise that they have too much and need to have less. But when it comes to how to change things they propose a rather pathetic cocktail of social entrepreneurship, training and technology. We need to have the courage to set out an agenda that will truly shift wealth and power and help build societies where everybody matters. In a message to the World Social Forum Greek Prime Minister Tsipras defined the required policy platform as one which “defends democracy, the welfare state, public goods and the right to an adequately paying job.” Similarly, the five NGO leaders’ joint call also issued at the World Social Forum highlighted the need to “tackle tax dodging, ensure progressive taxes, provide universal free public health and education services; support workers’ bargaining power, living wages, and the redistribution of women’s unequal share of unpaid care work; and defend civil society space.” Both of these positions directly take on the policies of relentless privatisation and deregulation that have reaped so much harm, and make the case for a state that is responsible and accountable. Likewise both make the case for the strengthening of the power of workers. But these are exceptions. Most mainstream development policy discussion is weak on these areas because respectable analysts cease being respectable when they talk about them – just as Martin Luther King came to be seen as unacceptably oppositionalist by even the liberal part of establishment when he dared to challenge the Vietnam war. But he still said the unsayable, and we too all need that same courage to set out the policies that can actually shift wealth and power from the few to the many.

Third, we need an approach to how change happens that is commensurate with the scale of transformation required. We cannot shift power from elites by piling up so many reports that they gracefully give in to our intellectual prowess, nor by befriending a few officials with smooth insider lobbying, nor through the razzmatazz of celebrity-only participation and the whirr of online-only noise, nor through a naive hope in the demonstration effect of nice pilot projects. We need to build power from below. Jay Naidoo, who founded the trade union coalition which helped bring down Apartheid, is clear about how change like this is won: “It’s not about how brilliant your argument is – no one cedes power because of a great powerpoint. What matters is the balance of power between your side, the people’s side, in the confrontation and negotiations with the other side, the side of the elite. Power is built at the grassroots, down on the ground, through organising. The future belongs to whoever can rise to the challenge of organising in the twenty-first century.” ActionAid CEO Adriano Campolina describes how NGOs will need to shift their approach to programming: “They will be a combination of community organizers, people who can build alliances, people who can do a proper power analysis in a community or country, and people who can be strategists for policy change. There will also be a much stronger need for campaigning skills, but not the classic mode of campaigning — this will be campaigning with the poor, which is a mix between campaigning and community organizing.” In this too is the echo of Martin Luther King: “Our nettlesome task is to discover how to organise our strength into compelling power so that government cannot elude our demands.”

The challenge of shifting wealth and power from the few to the many can seem so overwhelming that we can wonder if it can ever be won. But we’ve learnt from Martin Luther King and the civil rights movement that transformative campaigns can prevail, and it seems they’ve even set out for us three steps that we can take to help bring forward the time when we shall overcome. 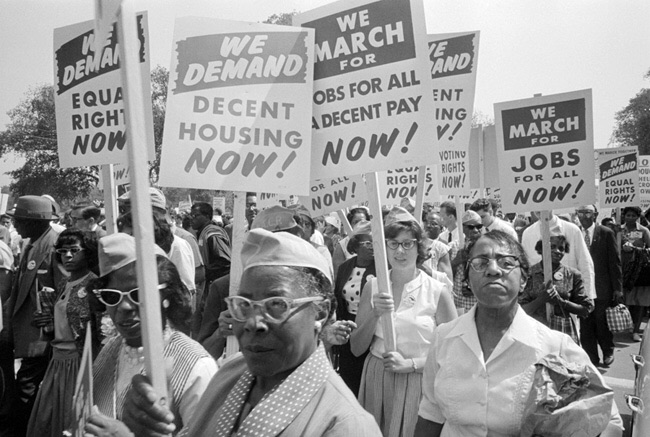 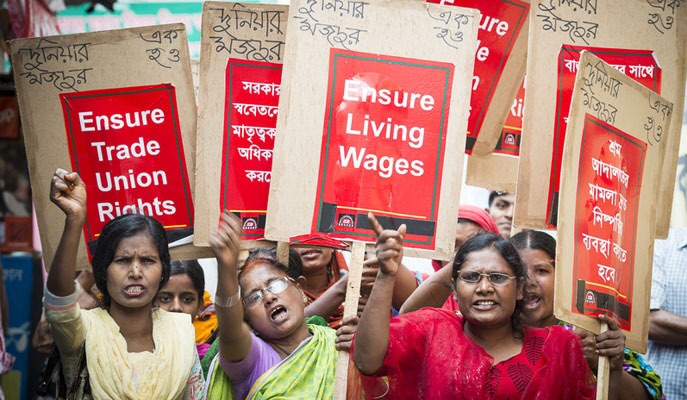