New Boy: What they said to me on my first day at ActionAid

“So how do you think we should use EAGLES to apply the HRBA and SO2 to IHART?”

“That’s the one sentence version. And here is the 265 page version. Hey, you’ve forgotten to take it with you.”

“We can’t call her now, she doesn’t wake up till lunchtime… I mean, because of the timezone.”

“There’s something we all want to ask you. It’s very important. We hope now is an OK moment to propose it. I’ll just say it, it’s this: we all want to go out next week for drinks.”

“I got into social justice issues because I studied African literature but when I went to meet academics in Africa they didn’t want to talk to me about books but about the IMF caps on teacher salaries – because on those salaries they couldn’t afford books.”

“I got into social justice because I was brought up in my grandfather’s village by him and his two and half wives.”

“When we urge other organisations to shift their approach from charity to helping people claim their rights, we’re not finger pointing, we’re reflecting on the learning from our own history, from when we did well what shouldn’t be done, and it didn’t work, and we changed.”

“My proudest moments have been in being part of helping to defeat landgrabs, through local organisation, national campaigning and international solidarity. And the beaming face of the farmer when he heard that the SMS he’d sent to our landgrabs emergency hotline had been shared through social media with millions across the world. He was the leader, we were the amplifiers.”

“It was inspiring to observe young activists planning their own campaigns on tax. Let’s face it – tax policy is boring and tax policy analysts are boring. But for young activists tax meant their schools and their health, and that connection was the source of their power.”

“I know you said you didn’t want to make any decisions on your first day but you need to make this one. We’ve been asked to back the campaign for disappeared Laotian activist Sombath Somphone. It’s just the right thing to do.”

“Our work is rooted at the grassroots, and right from the start it looks at issues of power. And once you start looking at local power you need to look at national and international power too. And at your own.”

“The most important things you need to know about ActionAid are this picture.” 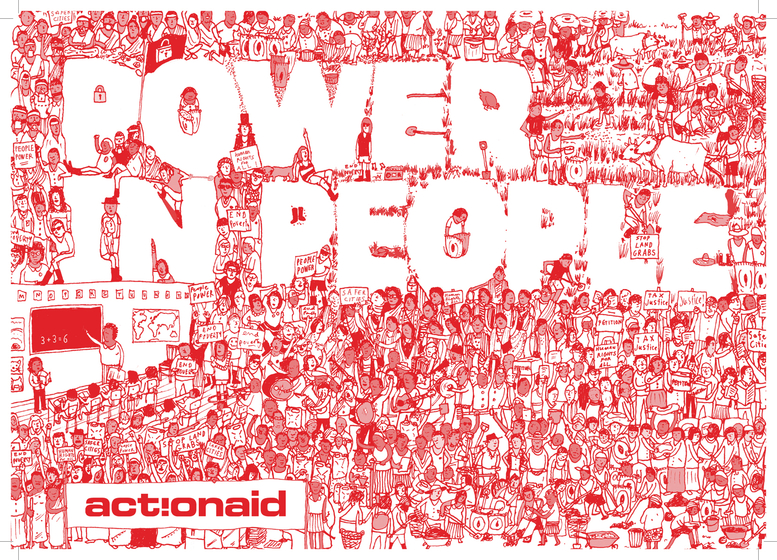 “How did we shift from the old approach to the empowering one? Well, we haven’t finished that yet. It would be romantic to suggest that everything is sorted.”

“I’m doing your profile, but the only photos of you online are at strange angles, is that deliberate?”

“You’ve worked for a range of other organisations we respect but, to be frank, we don’t want to turn into those organisations. We want to be us – but keep on becoming a more effective version of us.”