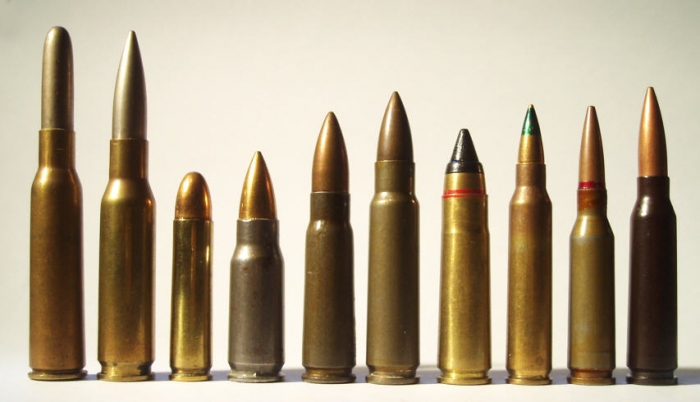 So, it turns out that all those hard-right National Rifle Association libertarians preparing for guerrilla warfare against Obama’s socialist seizure of America need to get their ammo from… Vladimir Putin.

American gun owners are gobbling up cheap Russian ammunition in huge quantities, worried that President Obama’s tussle with Vladimir Putin over Moscow’s grab for Crimea will result in new trade sanctions cutting off imports of bullets.

“We’ve seen an ammo-hoarding effect,” said Larry Hyatt, owner of Hyatt Gun Shop in Charlotte, N.C., one of the nation’s biggest gun stores. “It’s almost like milk and bread when it gets ready to snow: It’s just a mass of people running out and buying some of it, probably more than they need,” he told Secrets.

Driving the ammo binge are gun blogs warning that the supply of surplus AK-47 ammo and other cheaper bullets manufactured by Russian makers like Wolf and TulAmmo will be cut off if sanctions are expanded by the president. The two companies make the 7.62×39 ammunition used in the popular AK-47 and variations for the AR-15. They sell it for $3-$4 a box, versus the $9 charged by U.S. manufacturers.

Some websites are also warning that Putin is considering retaliating against the U.S. by cutting off the supplies. So far, none of the rumors appear true.