Pundits: get ahead of the game. Make a start on your “Obama’s a lame duck now” column.

It took a few months but the Guardian is finally on it today: 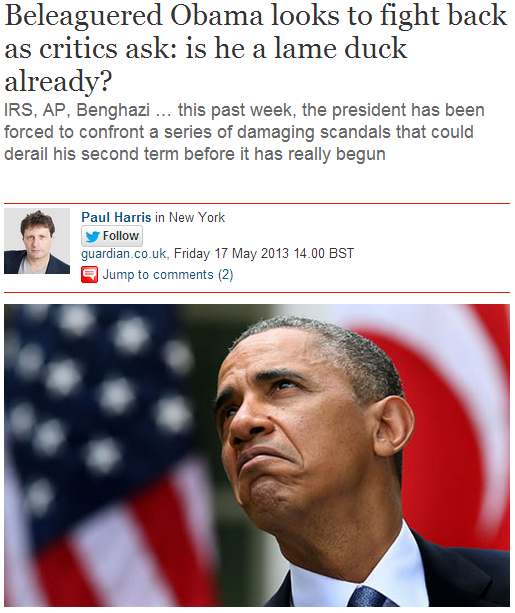 It is not a comparison that many people thought would ever get much traction.

But, assailed this week by multiple scandals and at the mercy of a furious press, President Obama has endured a legion of pundits wondering if he is the 21st-century Richard Nixon – and whether his second term is already a lame-duck disaster.