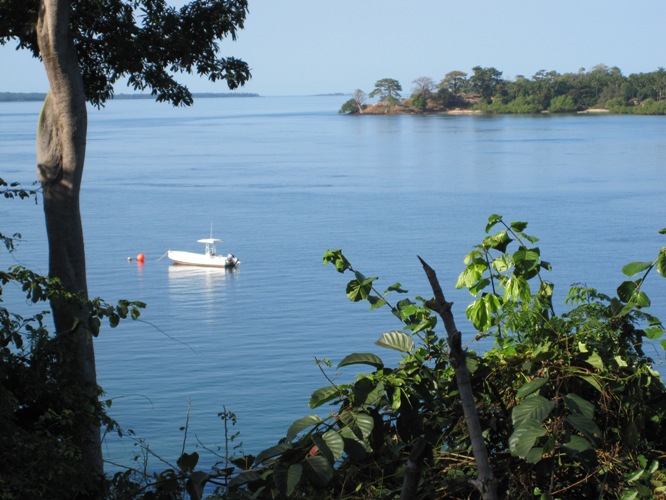 Rear Admiral Jose Americo Bubo Na Tchuto, who was arrested by US agents in a sting operation in international waters on Tuesday, has had an exciting career.

As head of Guinea-Bissau’s ill equipped navy in the middle of the last decade, he was widely thought to be a key player in facilitating the passage of cocaine from South America to Europe via his country’s Bijagós islands. Perfectly placed to oversee the traffic through the remote, forest-covered archipelago, he gained popularity among ordinary Guineans by being lavish with the rewards that came with his position.

Power, however, went to his head, and in 2008 Bubo was forced to flee the country in fear of his life after a coup he plotted to oust then-president Nino Vieira failed. He went to Gambia, but after two years there, and weary of exile, he took advantage of the assassination of Vieira to return to his homeland. Leaving Gambia in a dugout canoe, he made his way through the waterways and forests of northern Guinea-Bissau and, having evaded numerous checkpoints (one of which snagged me a few days later as checkpoint guards were belatedly put on high alert), walked into the United Nations building in the capital and demanded refugee status. The national government was outraged, but the UN was obliged by its constitution to grant him asylum, and Bubo remained under its protection until a group of renegade soldiers took him under their “protection” a few months later and made him a figurehead in their own coup attempt.

While all this was going on, Bubo had been labelled a “drug kingpin” by the United States Drug Enforcement Administration (a well-named agency if ever there was one), but had shrugged off the threat this posed to his business activities by saying he didn’t have enough money to open a bank account in the US. In October 2010, much to the chagrin of European Union officials who had been trying to stamp out the drug trade, he was reinstated as navy chief (Bubo always denied involvement in the trade, challenging his accusers to provide proof).

In December 2011, Bubo was at it again, leading another unsuccessful coup attempt against then-prime minister Carlos Gomes Jr which resulted in his arrest. He was jailed in the town of Mansoa, but freed in June last year after army boss Antonio Indjai decided that it was no longer necessary to keep him in captivity now that Indjai himself had ousted Gomes Jr in another coup. Bubo celebrated his freedom by parading around the capital Bissau in a large black car surrounded by bodyguards.

In October last year it seemed Bubo was on his way back to pre-eminence. He held talks with Antonio Indjai (who many suspect to have been the country’s de facto leader since he seized control of the army in 2010), and it appeared his return from the dead (almost literally – last April I came across a report that claimed he had been shot in the head outside Mansoa jail) was complete.

Now, though, it is all over. Bubo once again overstepped the mark. DEA agents reportedly arrested him after a sting operation in which they posed as drug purchasers. He was, it is claimed, in a boat with four colleagues in international waters. Taken to Cape Verde, he is now on his way to the US to be questioned – the Guinean government has yet to produce an official response to the snatching of one of its citizens.

Bubo’s trial will no doubt shed some light on the murky waters of the West African cocaine trade. Indeed, his arrest is the first proof that senior Guinea-Bissau officials are involved. Some will celebrate his demise, but with European demand for cocaine showing few signs of abating and Western politicians giving no indication that they are willing to stop deflecting onto developing countries the challenge of dealing with the drug trade, there will be plenty queuing up to replace him.

(NB: For much more on Bubo, the West African cocaine trade, and Guinea-Bissau in general, see my new book The Ringtone and the Drum).