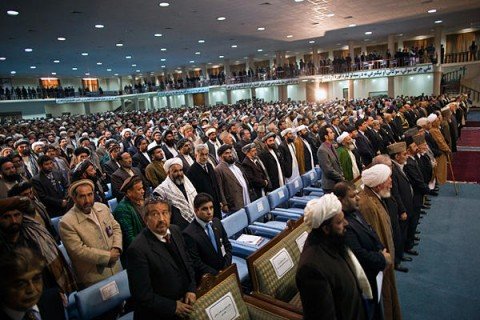 But many of these countries have deeply-entrenched problems that a focus on the state cannot solve. Different religious, ethnic, and clan groups do not work together well, and see any competition for power as a zero sum game for exclusive control of the state. Government is weakly institutionalized, and unable to act as an independent, equitable arbitrator between different interests. Judges and officials are beholden to personal relationships, power politics, or money (and sometimes all three). In such places, winners of elections rarely see it as their duty to serve all their people, and often define their rights as whatever they can get away with—negating whatever social contract the process was supposed to establish.

These countries have little sense of community, little social cohesion, and little social capital. Different groups have different identities, are weakly integrated with each other, and have little faith that the state can serve their needs unless they control it. There is little trust in any political process or in the institutions of government. And because the state itself is not robust enough to equitably intercede in intergroup battles, it becomes engulfed in the conflict for power.

Syria today represents the ultimate expression of this type of sectarian thinking, but it is far from unique, as events in Sri Lanka, Iraq, Nigeria, Myanmar, the DRC, and Kenya indicate.

All these states are missing something more fundamental than a social contract between the state and its population. They lack a social covenant that binds society together, allowing it to cooperate to build a better government and country. Forged from negotiations between different groups (and thus more akin to a society-society compact than a state-society compact), social covenants build common identity, common values, and a common sense of purpose for the state that people live in. They define justice and natural rights in defining the origins and makeup of political society. In essence, they are about society building, fashioned with the understanding that a cohesive society is a prerequisite to a successful state.

The differences between the two ideas are stark. Social contracts are written agreements entered into on the basis of self-interest for specific purposes. Social covenants, in contrast, are sustained not by the letter of any law or by self-interest. Instead, they depend on fidelity, trust, and loyalty. As one political philosopher turned religious leader writes,

Covenants played an important role in the development of England, Scotland, the Netherlands, and Switzerland in the sixteenth and seventeenth centuries, helping to establish some of the world’s first nations. These people, as Daniel Elazar has written, “not only conceived of civil society in covenantal terms, but actually wrote national covenants to which loyal members of the body politic subscribed.” When the Scots, for instance, sought to resist Charles I of England in the 1630s and 1640s, large numbers of Scottish noblemen, gentry, clergy and burgesses signed the Scottish National Covenant to assert their independence (the “Covenanter movement”).

In the United States, social covenants played a prominent role in the establishment of early communities (such as the Puritans), individual colonies/states (especially in the north), and eventually the whole country. The Declaration of Independence, the U.S.’s founding document, is, in essence, a covenant developing a new relationship between a set of people sharing common values (the Constitution that followed 11 years later is the social contract).

Thinking in terms of covenants does not take for granted that an actual agreement is reached any more than thinking in terms of a social contract does. But in societies riven by divisions and lacking any organization—such as the state—that can be relied upon to adjudicate disagreements between competing groups effectively, some form of agreement between important groups is crucial to ending conflict and dividing up power in a way that ensures a degree of common understanding on how the state ought to work. Such agreements—between different actors within society, not between the state and society—must occur before determining the nature of government, just as the U.S. Declaration of Independence preceded the U.S. Constitution.

The power of social covenants flow less from their conception and implementation than, as Elazar points out, from:

In Afghanistan, for instance, loya jirga (grand assembly) of tribal chiefs and other leaders—a society-society institution if there ever was one—have long played an important role in choosing a new king, adopting a constitution, or discussing important national political or emergency matters. In the months after 9/11, a series of loya jirga helped determine the fate of the country after over two decades of conflict. In Tunisia, political opponents with starkly different views on some issues decided it was best to work together in a coalition after the country’s first free elections, understanding correctly that unity in the face of adversity was far more important than trying to achieve the narrow objectives of any one party.

In contrast, Egypt’s new government has acted exclusively, seeking to steamroll opponents rather than co-opt them. The result is much more conflict than necessary, and a process that is deemed illegitimate by many even if a majority of the population voted with the country’s president.

The lessons for Syria ought to be obvious: its civil war will continue until one side can bloodily crush all its rivals for power—something that might take years—unless leaders of the major factions forge some sort of loose power sharing arrangement among themselves. The divisions cannot be overcome with a constitution or an election.

Countries with weak central authority, sectarian divisions, and lots of weapons—a combination that a growing number of countries across the Middle East and Africa have—are in desperate need of a process that can help them heal their wounds, build trust, and creatively map out a strategy for dealing with their governance challenges. Traditional formulas will not work in many of these places because they insufficiently protect minority rights, unfairly advantage more powerful and better-organized groups, structurally disadvantage people living in outlying areas, and depend on state institutions that are not robust enough to ensure fair outcomes. They also do little to build a common identity across sectarian divisions, and depend on a tolerance for dissent, willingness to compromise, and inclusive concept of nationhood that many political leaders do not have.

Building social covenants in such places are not easy nor are they a panacea. But recognizing that the root challenges these states face are societal in nature and not in the relationship between society and state is an essential first step to finding a path forward.