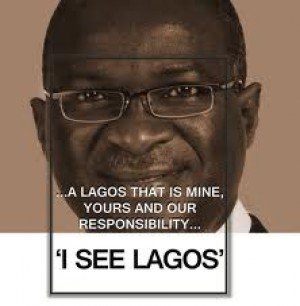 In Nigeria’s case, the central government has worked so badly for so long and is so poisoned by its access to and dependence on oil money that state and city led development may be the only way to achieve progress.

The country’s history and continued sad performance make the achievements of Lagos, one of the world’s largest and fastest growing cities, all the more remarkable. Although more associated with the miseries of overpopulation, poverty, and deplorable living conditions than with good governance, the city has over the past decade achieved remarkable improvement in a number of key areas.

Governors Bola Tinubu (1999-2007) and Babatunde Fashola (2007-) have transformed how the state government is run. Fashola in particular has come in for much praise. Since coming to power, he has reduced traffic jams, set up new bus routes, cleaned up streets, increased security, and raised taxes to invest in new expressways, commuter rail lines, and affordable housing. His administration is one of the few in the country which has a detailed and structured budget (made fully available to the public online). He was reelected in 2011 with 81 percent of the vote and is widely considered one of the few “performing” governors in the whole country.

The education reforms are especially noteworthy. The city government has enhanced the inclusiveness of the school system by reducing the financial burden faced by parents, extending services into rural areas, providing free textbooks, and arranging for transportation and meals for children with special needs. It invested heavily in infrastructure and equipment (especially laboratories) and built up capacity by improving technical and vocational schools, promoting sporting and science competitions, and requiring membership in a state-sponsored scout organization aimed at building leadership skills and providing children with teamwork experience.  These initiatives were all complemented by an emphasis on teacher training and awards to incentivize good teaching.

There are a number of structural factors that have contributed to this success.

First, the state earns most of its revenue (73 per cent of the total) from local sources, giving it an incentive to perform well. Unlike other government bodies, it does not depend on the central authorities for hand-outs. It does not have natural resources either. Instead, many departments–including lands, environmental protection, works and infrastructure, transportation, and even the judiciary–earn sufficient revenues to cover at least their personnel costs. The lands department even produces a profit. Each government department that offers services charges some fees to cover all or part of the cost of the service. This is a great example of how the dependence for taxation on local residents can spur governance improvements. (Fashola describes how he reformed taxes here.)

Second, Nigeria’s federal structure gives local leaders substantial powers, something relatively rare in the developing world, where central governments usually monopolize authority and resources. Fashola has had the freedom to work on improving education, infrastructure, transport, and so on whereas many of his counterparts in other countries don’t.

Third, multiple elections since the late 1990s have created a dynamic where candidates can compete on policy and not identity. Lagos is, like many developing world cities (especially business and political centers), more of a melting pot of various ethnic and religious groups than other parts of the country. Urbanization has reduced traditional allegiances while providing the opportunity for new ways of thinking to form. Being the commercial capital of the country, residents are less likely to tolerant leaders who cannot deliver the goods.

Lagos’ success exemplifies a broader trend. There are a number of cities across the developing world that are playing significant roles promoting development—sometimes even outclassing their central governments (as in Nigeria).

Curitaba, in southern Brazil, has been a world leader in urban planning, public transport, and environmental protection. It received the Globe Sustainable City Award in 2010 and has consistently been rated the country’s best “Brazilian Big City” in which to live.

Some of China’s success can be attributed to strong provincial and urban governance. The country gives lower levels of government much more power and money than other developing countries, enabling local leaders to experiment, compete, and lead change from below. Shanghai and others have taken advantage.

These places suggest that urban areas may be better placed than central governments to promote development in many countries. Closer to populations, more likely to have local tax revenue, more easily held accountable, and less hampered by the difficulties in projecting authority across distance, large cities could be the basis for a new urban based development model. If a substantial portion of a state’s resources and responsibilities were funneled to major cities (who would assume control for their surrounding hinterlands), greatly empowered mayors—or district governors—could be tasked with a much larger range of activities than is the case today. Restructuring the state around where people lived would reduce some of the social conflicts and dysfunction produced by national politics, and create leaders who are more likely to focus on the pragmatic concerns of their constituents.