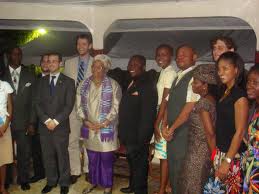 One of the largest problems in fragile states is how the government operates. There is a enormous shortage of capable managers and executives to staff key organizations. And externally driven initiatives aimed at improving capacity generally fall far short of expectations.

Recruiting professionals from outside the country to work either in specific positions or as special assistants to senior officials is one of the best ways to fill immediate needs, transfer skills, and encourage highly qualified people to relocate permanently to the country. Focusing on young members of the diaspora–including at times diaspora from neighboring countries–increases the chance that individuals will be familiar with local culture and conditions and will be interested in staying longer-term.

As Todd Moss discusses over at CGD, the Scott Family Fellows is a good example of how this should work in practice. The program recruits young professionals to work as special assistants (not advisors) to senior Liberian government officials. Recruitment is open and competitive but targets the Liberian diaspora, aiming to boost public sector capacity and also provide a vehicle for Liberians living abroad to contribute to their country’s reconstruction.

The fellows typically have a Masters degree and one to two years of relevant experience. They work long hours on a range of activities from administrative tasks to policy issues, all with the goal of helping Liberia in its urgent reconstruction and development efforts.

Started with a grant from the family of Edward W. Scott, Jr. in 2007, the program has expanded to include other fellows funded by Humanity United, the McCall MacBain Foundation, the Open Society Institute, and the Nike Foundation. JSI Research & Training Institute, Inc., now fully administers the program.

Time has shown its effectiveness. Every single Liberian Scott Fellow (there have been 12 in all) opted to stay in-country after their fellowship—with many of them stepping up to fill impressive government positions. One is the Deputy Tourism Minister. Another is a judge in the commercial courts. A third is the newly-appointed Deputy Justice Minister. A fourth is the President’s deputy chief of staff and head of the President’s special Program Delivery Unit. 5 of the 18 non Liberian fellows have also stayed in country.

Given this success, why is the capacity building program still so small and limited to one country? Surely an ambitious person ought to be trying to duplicate this success on a much larger scale in many more countries.